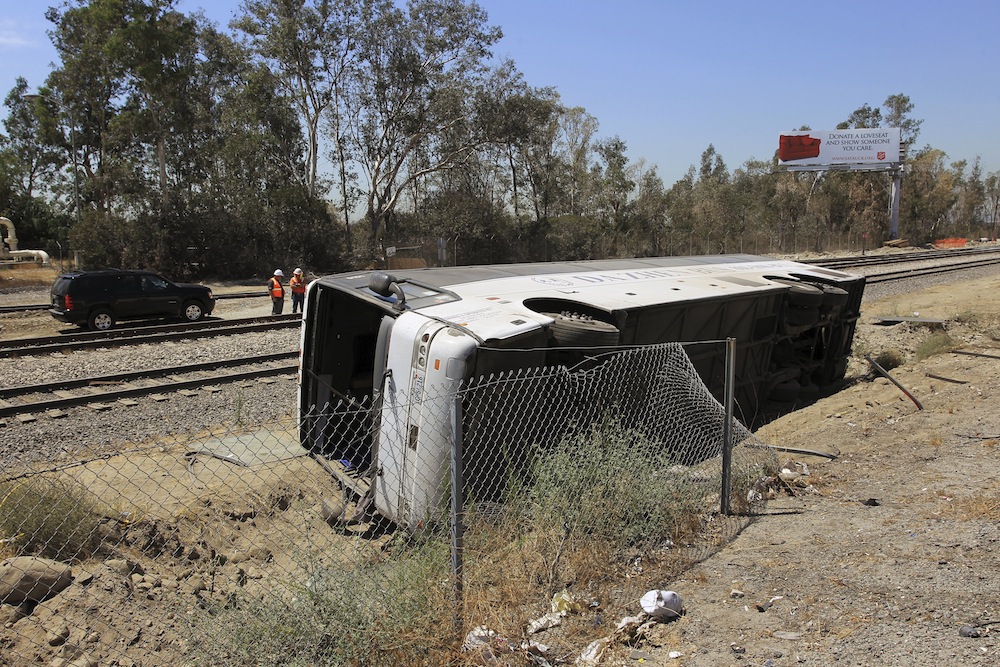 I was in the city of San Gabriel parking on Valley Boulevard, the 42nd Street of Chinese-American commerce, when a man missing a lot of teeth walked over to me. “Casino bus is coming soon,” he said. “You can’t park here.” It took me a second to process what was going on. This guy was telling me I couldn’t park in an open space on a public street?

I was angry about this, and I was hungry. I’d come to try a new place that serves lazi jiding, a Sichuan specialty of fried chicken cubes buried in a mound of red chilies. It’s hard to find outside of China. I consider it my duty to visit every place with this dish on the menu, so that I can’t complain there’s no decent lazi jiding anywhere. This guy was in the way.

“You want to call the police or you want me to?” I snapped at the man, waving my phone at his face. He backed off.

A few minutes later, a large white tour bus rolled up but was prevented from stopping there by my car and others. The bus continued slowly on Valley, and a half-dozen people who had been sitting on the curb stood up to chase it, leaving their food wrappers behind. I don’t think they made it.

I had my lazi jiding (pretty good!) and returned to my car, which had been scratched in an apparent key job. Now I’d be out several hundred bucks to fix it. Maybe I should have been more polite to the guy. I’m guessing he was a degenerate gambler who lost out on a free casino trip, and I felt a little sorry for him, despite the vandalism.

I figured it was best not to fixate on the symptoms and instead go after the disease. The next Tuesday, I signed up for public comment at the San Gabriel City Council meeting. I recounted my experience and asked the council to do something about public streets being turned into depots for private casino bus operators who pay nothing to the city.

My comments apparently touched a nerve. The members of the council agreed that the casino buses were increasingly causing problems. Casino buses were jamming traffic and sometimes detouring through residential neighborhoods. Bus passengers were known for sitting on the sidewalks in front of businesses, littering and loitering. The buses’ weight was causing excessive wear on the roads. And, as I discovered, the bus operators may have been dispatching agents to order people not to park where they have a right to do so. The mayor and council members said they would study the matter and act soon.

This was in July. In August, a San Gabriel Valley casino bus flipped on Interstate 210, injuring more than 50 people on board. Ten days later, the brakes went out on another casino bus in Temecula, injuring 10. Two more casino buses crashed in September in San Diego County. The string of accidents made the national news, including stories in the New York Daily News and USA Today.

While the crashes warranted national news reports, the everyday impact of the buses on the quality of life of hundreds of thousands of San Gabriel Valley residents went unmentioned by most news organizations.

Gambling is an especially severe problem among Asian Americans. The American Psychiatric Association reports that the gambling addiction rate among all Americans is about 5 percent, but among Chinese Americans it may be as high as 20 percent, and among Southeast Asian refugees as high as 59 percent.

Academic studies may be questioned, but anyone who’s been to a casino knows Asian customers drive the industry. In Las Vegas or in one of California’s tribal casinos, staffs speak multiple Asian languages, the restaurants serve Chinese, Vietnamese, Thai, and Korean dishes, and singers from Taiwan, Hong Kong, or Korea perform in the showrooms. The casinos stage lavish celebrations for Asian holidays like Lunar New Year.

Private bus companies—often subsidized by the casinos—make multiple morning and evening runs through Southern California’s Asian enclaves to pick up customers. The Valley Boulevard corridor may be the busiest run, with stops in Alhambra, Monterey Park, San Gabriel, and Rosemead. But there are also busy routes from the South Bay, Orange County, Hacienda Heights, and Rowland Heights.

Tickets are typically $5 to California Indian casinos and $25 to Las Vegas. Casino operators may also provide vouchers for free buffets or other perks, and some bus rides are comped. My brother, who lives in Las Vegas, has used the $25 bus to visit Los Angeles when he didn’t feel like driving.

The Southern California casino bus phenomenon—and the customers on whom it preys—is the kind of layered, multidimensional subject that a national newspaper or magazine could turn into a great story or even a series. But the near-extinction of local newspapers has removed their window to ground-level news.

When I was a college student in Los Angeles in the 1980s, multiple local papers covered the San Gabriel Valley. The Los Angeles Times had a zoned edition with a robust staff. Several reporters from different papers would often cover council meetings in cities like San Gabriel. On the night I testified, however, the only reporter at City Hall was with the Chinese-language World Journal. And that would be the only newspaper that gave the issue the attention it merited, eventually producing a package of stories about the casino buses, the problems they caused in neighborhoods, and what governments might do about them.

Big issues start in small places. When we ignore local politics and decide communities aren’t worth news coverage, we become ignorant of the seemingly little things happening around us—those little things that are our window to much larger forces, both national and international.

San Gabriel’s city government, fortunately, got to work. The city staff researched laws and did its own field investigation, which confirmed residents’ complaints about traffic and crime. The police departments of San Gabriel and Monterey Park joined the California Highway Patrol in an enforcement sweep of casino buses, finding many to be “careless and negligent” about licensing and safety. A couple buses were taken off the road immediately after inspection due to safety hazards such as failing brakes.

On October 15, the City Council voted 5-0 to have staff draft an ordinance prohibiting casino buses from loading or unloading passengers in San Gabriel.