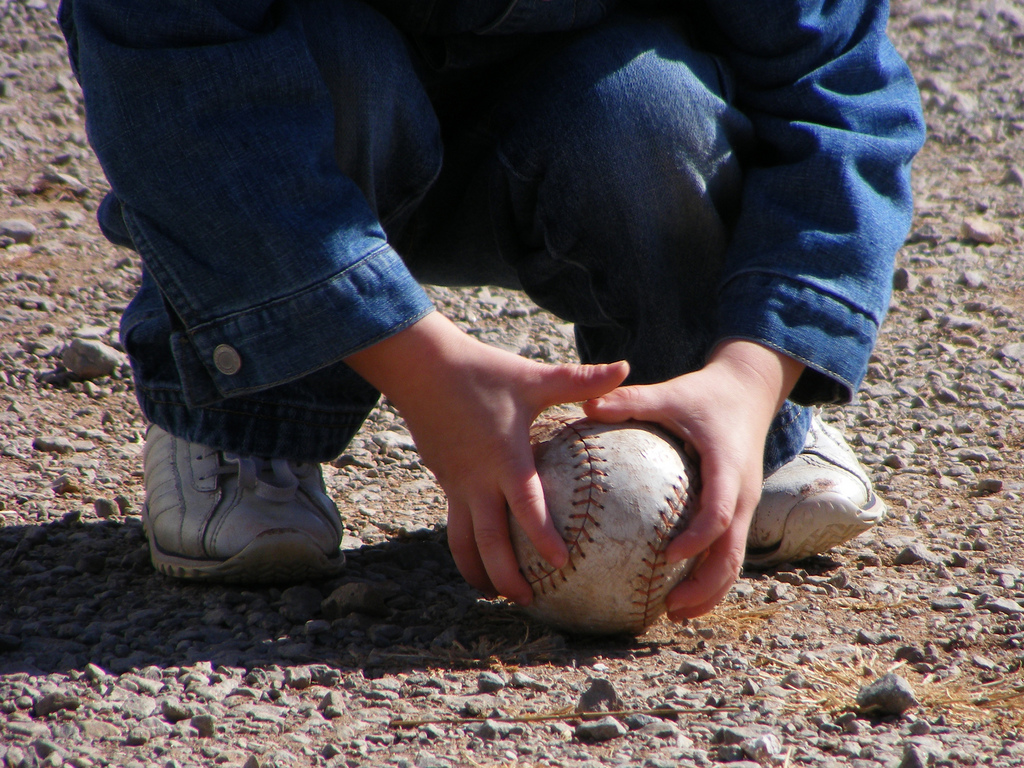 I have always been a Red Sox fan; genes and geography—I grew up in Boston—saw to that. But this year I became a baseball fan, rooting not only for the Sox but also listening, enthralled, to the exploits of the Pirates, the A’s, the Tigers—any team that could put up a good fight. Nearly every day this fall, I’ve turned on the Internet radio and, holding my daughter in my arms, listened to game upon game, beginning with the East Coast afternoon contests broadcast in the West Coast morning, and continuing until I am ready for sleep.

This baseball season marked my first fall as a mother. Since my daughter was born in July, I’ve been in a perpetual state of sleeplessness. My days have been filled with anxious obsessions with the contents of diapers, pathetic remembrances of my pre-child life, and—most of all—endless, unpredictable feeding sessions. I conquered initial difficulties with latching and milk supply only to find myself rewarded with hour-upon-hour of nursing, tethered to the rocking chair, unable to do much of anything. My computer mocked me from its perch a few feet away. I attempted to balance a book. I listened to hours of NPR. But I found myself growing resentful of the little being in my lap who had no schedule, no sense of time, who only wanted to eat and eat and eat.

There is no clock in baseball, no countdown to the finish, no overtime allocations, no measured timeouts. The game can be maddeningly slow as the pitcher steps off the mound and the batter steps out of the box in an endless dance. The elements that make baseball what it is—a throw to keep a runner at first, an error in the outfield, a rain delay, a hit to extend the inning—all take time, allowing the game to lurch forward in fits and starts, short and efficient one inning, slow and meandering the next. There is no schedule, no concern for bedtimes or plans. The game simply goes on until it ends.

All this became a virtue as I nursed my daughter at home in the Bay Area. There was nothing to do but feed her and listen to Major League Baseball radio over the Internet, via a $25 subscription that gives me access to the local broadcasts. Hours bled into one another, and still we sat, but without complaint, as baseball leapt from the radio announcers’ voices into my imagination. I could see double plays and grand slams, nervous pitchers and calls to the bullpens, the local radio personalities—St. Louis and Pittsburgh, Los Angeles and Atlanta, Oakland and Detroit, Tampa Bay and my hometown, Boston—guiding my visions.

In this World Series, at pitching changes and between innings, we hear radio jingles for Shaw’s supermarkets and Giant Glass, the familiar “Who do you call when your windshield’s busted?” coming to me across the country and decades. We listen to Joe Castiglione and Lou Merloni—the former the nasal, legendary announcer for the Red Sox and the latter a local Sox journeyman whom I remembered watching in college—on WEEI, Boston’s radio sports network. My daughter occasionally looks up at me, startled at an excited call, and she smiles to know I am close. Meanwhile, I marvel that I can share something of my own childhood with her through the radio.

Baseball has taken a beating lately as commentators rightly discuss the corruption of the game by steroids, the declining number of African-American players in the major leagues, and the exploitation of Latin American prospects by overzealous scouts. Others worry that baseball will be marginalized as a second-tier professional sport as fewer and fewer young people express interest in attending games. But this fall, none of this has mattered. What mattered was the expectancy, the sense that anything could happen, that everything could change at any moment.

So we listen to baseball games, my daughter cozy in my lap, me waiting for the next pitch, the next play, the next run. For once I am content to let things unfold as they will, content to sit and hold my baby close.