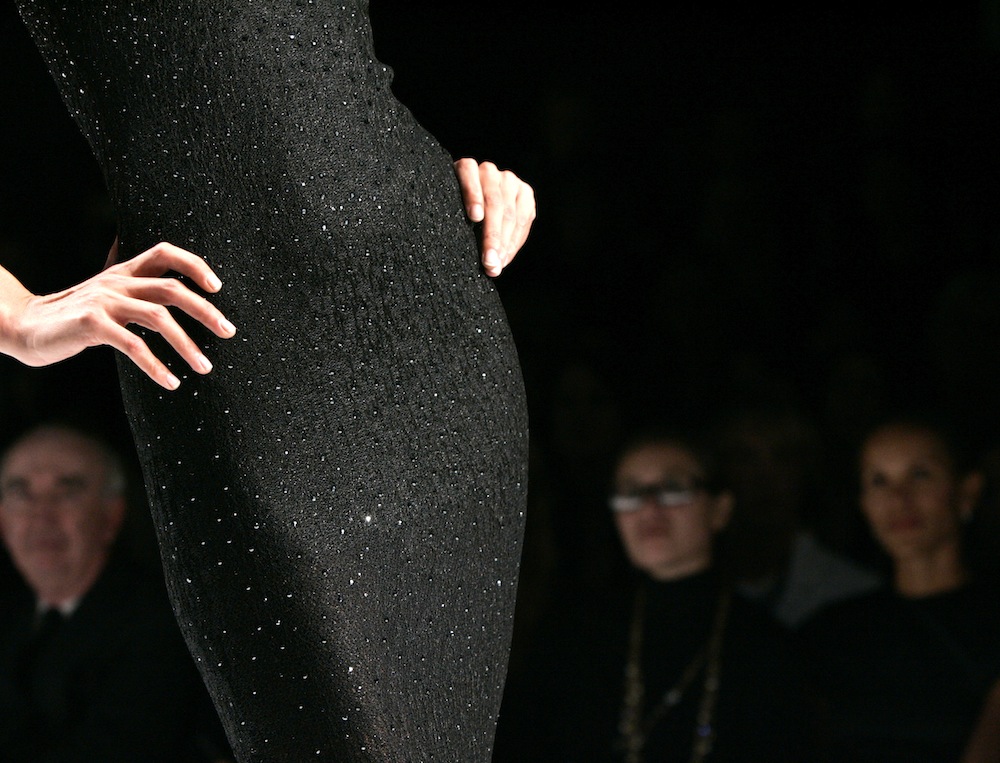 “I’m in Claremont,” I said. “I won’t be able to get there until midnight.”

Halfway through a paper due the next day, I closed my laptop, grabbed my keys, ran out of my dorm room, and jumped into my car. Any time you are working with an editor at Vogue, you always give yourself an extra 20 minutes. I’d told her I would be there by midnight. I had better make it there by 11:40 at the latest. Arriving at 11:40 on the dot, I walked into the “closet,” a sad excuse for an office, to find two of my fellow interns looking utterly exhausted and tens of thousands of dollars’ worth of clothing strewn on the floor.

“There are some missing items from the fashion show. A Billy Reid jacket, Tom Binns jewelry, and some shoes. We’ve merchandised and re-merchandised everything. We need to have it all sent back to New York tomorrow morning.”

Merchandising. Two months into an unpaid internship at Vogue, and I had come to dread doing this task. It’s sorting and re-sorting the designer duds that arrive at the magazine every day by color, fabric, style, and anything else you could think of. Yet I could not stop merchandising from seeping into every part of my life. Waiting in line at the market, I sorted candy. Why are the Skittles in the box of Milky Ways? Why are the York Peppermint Patties with the Heath Bars? Staring at my closet every morning, I’d sort and re-sort my clothes—black shirts, brown shirts, neutrals, whites, colors. Next, pants. Then skirts, jackets, and shoes.

When I heard that the storied media company Condé Nast was closing its internship program after being sued by two former interns who were paid less than minimum wage, it brought back a wave of memories of a sleepless semester. In my third year at Pomona College, I was an intern at Vogue’s Los Angeles office.

My primary role at Vogue was to assist stylists and photographers on photo shoots, help with events, and perform any and all menial tasks. There was no routine. There was no pattern. And those menial tasks were often the biggest challenge. For example: “Two butter lettuce salads from Joan’s on Third. Please have the salads delivered here in 30 minutes.” At peak lunch hour, a delivery from Joan’s on Third can take between 45 minutes and an hour and a half. Our office address didn’t even fall within their local delivery radius. But if you obnoxiously call every three minutes to check whether the delivery guy has left, and if you say that you’re calling from Vogue, you can get those salads in 30 minutes.

I was asked to do anything and everything—from find the name of the male model in Michael Kors Spring 2011 watch campaign (because Rihanna wants it, or rather, him) to convince the post office to stay open for two more hours or track down a UPS driver’s personal cell phone number to prevent him from completing the wrong shipment. The stylists we worked with could be capricious; each one had a unique way of doing things. My boss’ advice—“Anticipate, but do not assume”—quickly became invaluable.

Despite the grueling hours, the never-ending criticism, and the near-impossible tasks I was given, I know now that being an intern at Vogue was one of the most rewarding experiences of my life. But I didn’t always feel that way. My initial takeaway was shallow: People in fashion are crazy.

Watching my fellow interns scrambling to help models get dressed for yet another fashion show, I couldn’t help but chuckle to myself.

But then, an odd feeling of envy would settle in. I may not have felt as passionately about fashion as my coworkers, but I wanted to find something to consume me in that same way.

We weren’t saving lives at Vogue, but we were damn good at pretending like we were. Never in my life have I felt as accountable and hungry for approval (and, I guess, food) as I did as a Vogue intern. They say one should never rule by fear, but being ruled by fear is what prevented my fellow interns and me from making the same mistake twice. Fear is what forced us make the impossible possible. If you beg enough, you can convince the post office to stay open past 5 p.m., and while you cannot get the direct cell phone number of that UPS driver, you can get the main office to connect you directly. (Convincing the driver to bring the package back is another story.)

Many of my former colleagues are now pursuing careers in fashion, public relations, and the media. I chose the polar opposite side of the career spectrum: healthcare IT. But I use the skills I learned at Vogue every day. Sometimes when I leave an e-mail unanswered for more than 10 minutes, I fear my old boss from Vogue will call me. I proofread all of my e-mails one too many times and spend too many hours formatting spreadsheets when, really, no one cares. I demand too much from those around me. I’m impatient and persistent.

Call me a masochist, but I look back fondly on the memory of the morning of that late night call: It was 4 a.m. when I took the elevator down to the parking garage, dreading the drive back to Claremont. And then I remembered the paper I never finished. A quick nap in the car and then I was back to where I’d left off on my laptop. Three hours later, I printed the final copy and shuffled off to my 9 a.m. class. In my smeared make-up and sweatpants, the glamour associated with the place where I was an intern felt like a distant memory. But while my classmates slept, I had written one paper, packed five trunks of clothes and shipped them off to New York, driven close to 100 miles, and got to class on time.

I can literally do anything.