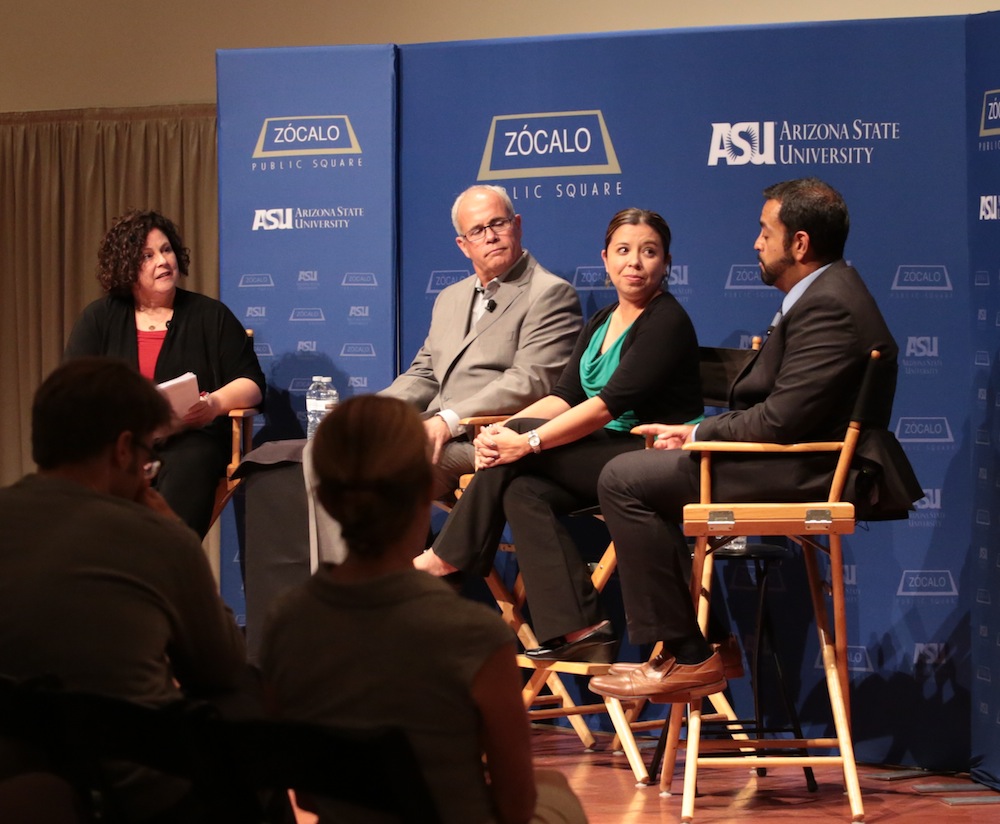 A new law in Arizona requires the state to fail—and hold back—third graders who haven’t learned to read. An estimated 1,500 students will be held back this year. Why are so many 9-year-olds struggling with literacy, how can schools and teachers best help them, and will this policy work? A panel of educators tackled these questions at an event co-presented by the Arizona State University Mary Lou Fulton Teachers College at the Heard Museum.

Arizona Republic education reporter Cathryn Creno, the evening’s moderator, opened the discussion by asking the panelists what they believe is at the root of the issue.

Arizona State University’s Frank Serafini, who studies literary education and is an author and illustrator of children’s books, said that part of the problem is how we define what it means to be able to read. In Arizona right now, it’s being defined by a test—and students who can’t get a certain score on that test are going to be held back.

Tim Valencia, youth and education program manager for the City of Phoenix, said that the problem starts well before third grade, and that the state doesn’t stress the early years enough: Approximately 70 percent of 3- to 4-year-olds in Arizona are not in structured classrooms.

“It comes down to language experience,” said Robles, explaining that an oral story can do the same work as an actual text, as long as it motivates a child’s curiosity. There’s also been a shift from wanting children only to read books they can fully understand, at their grade level, to wanting them to hold more complex, aspirational books. It’s crucial, she said, to find out what they’re interested in and to find books accordingly—the work of school librarians, which her district is lucky to have.

Valencia added that home libraries are as crucial as school libraries, and that learning to love reading starts with parents: “It’s role-modeling, it’s access, it’s opportunity.” School districts, he said, are missing an opportunity by not keeping their libraries open on Saturdays so entire families can visit, particularly in low-income communities.

Serafini said that love of a subject leads to engagement—and that we tend to engage in the things that we’re successful at. In order for students to engage and be successful, we need to extend the notion of the book beyond the book. A friend’s son, for instance, didn’t like stories but loved car manuals; if you walked through a car lot listening to him identify vehicles and parts, it quickly became apparent that he was an avid reader. “For a lot of kids,” said Serafini—and boys in particular—“the way into reading is not through stories.”

So should the state be failing students who can’t read?

“Overall, the research shows that holding children back doesn’t have a great track record,” said Serafini. “The intentions are noble,” but the consequences—such as students dropping out—are unintended and serious. Unfortunately, it’s impossible to know how a child who’s been held back would have done had he or she been promoted.

Robles said that it’s important to note that Arizona is “not failing third graders.” However, “we have work to do like any other state.”

Valencia said that the solution goes well beyond intervention at a single grade level: “I truly believe investment in [children ages] zero to four would take care of third graders not reading.” He also said that the problem wasn’t just about schools but about communities and businesses not stepping up to support education in the places that need the most support.

What, asked Creno, can the average person who is appalled by the situation and wants to help do?

Serafini said that voting for political candidates who support education is one step. A second is supporting parts of the curriculum—like arts and music—that go beyond standardized testing. Tests, he said, have narrowed the curriculum in schools; there are some students who show up just for the parts of the day that don’t appear on a statewide exam. They shouldn’t be left behind. He added that giving teachers proper support—not just by raising pay but by increasing their autonomy and respect—is also crucial.

Before the audience question-and-answer session, Valencia explained that it’s important to see the complexity of the problem at hand: “We have 20,000 [third-grade] students in Arizona who are not reading proficiently”—and are not going to be held back. We need to ask how we are going to intervene and help them from failing further down the line, he said.

An audience member asked the speakers if they could talk about what the logistics of implementation of the new law will look like.

All of panelists said they are still wondering how the policy will play out. Creno said that in interviews with policymakers and education officials, she has asked a lot of questions—including about whether a child who’s taken the test on a bad day can appeal the decision. The answers aren’t clear: “They’re kind of building the airplane while they’re flying it.” 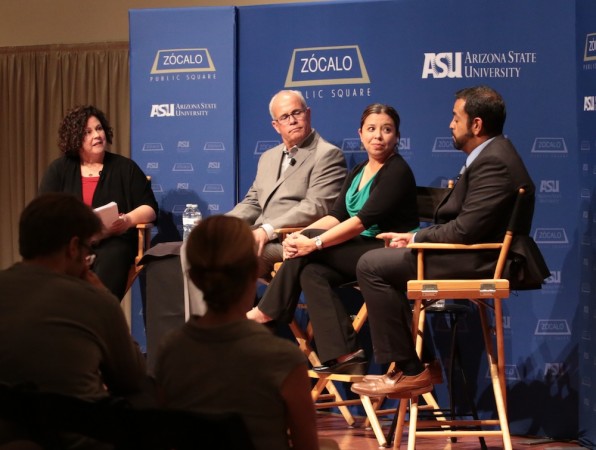 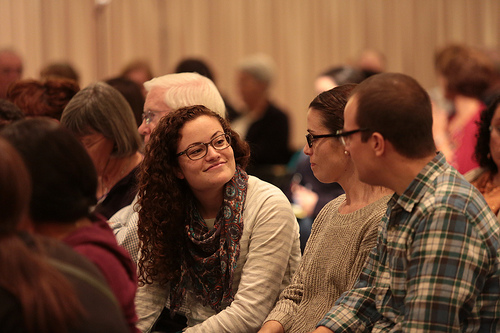 A large audience at the Heard Museum in downtown Phoenix 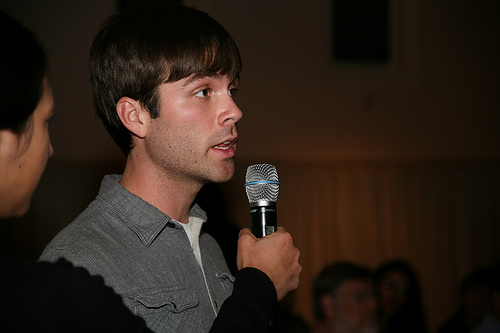 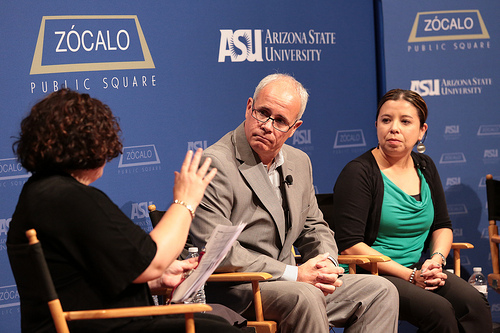 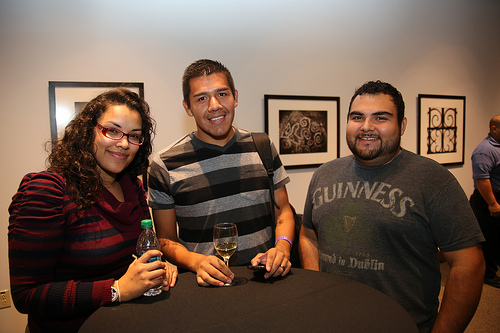 Enjoying the reception after the panel 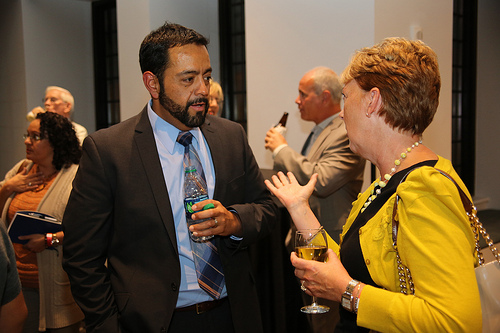 Tim Valencia speaks with a guest