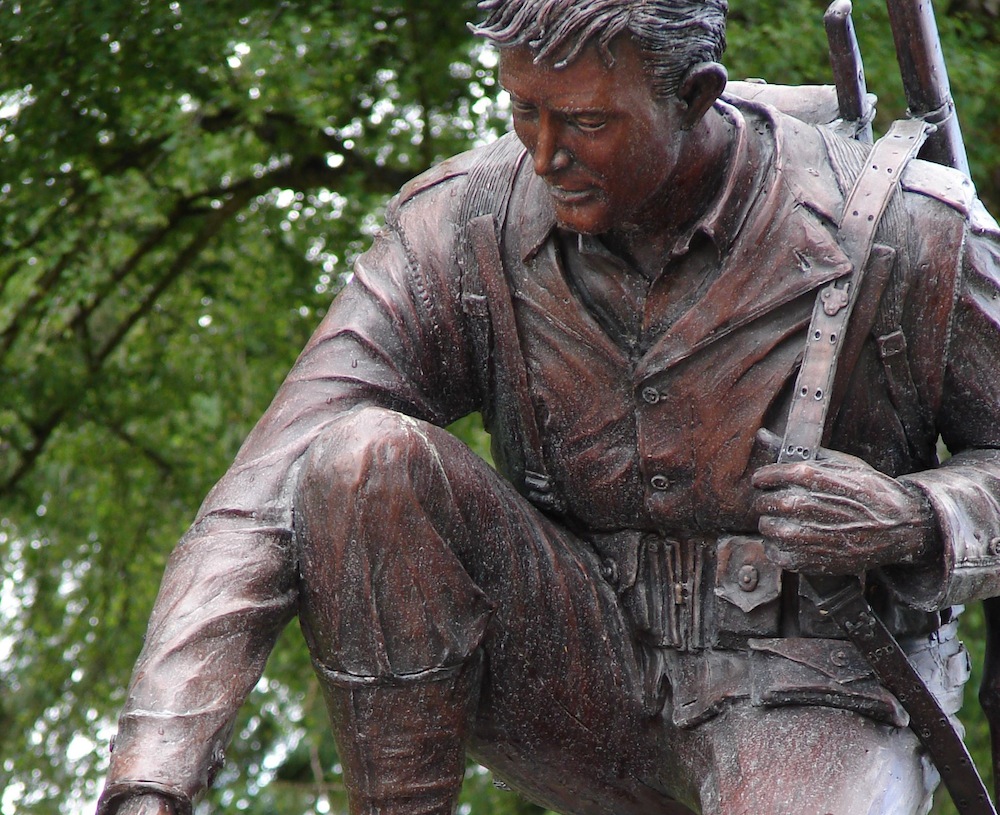 When I joined the Army as a 17-year-old, I expected to face many challenges and hardships as an individual—whether that meant getting yelled at or shot at or made to jump out of airplanes. What I didn’t yet understand was how much I’d put aside my individual concerns and focus on my fellow service members—or how much they’d do the same for me. The truth is that I had never been in such a supportive social environment in my life.

To be sure, all of this attention paid to my performance was in the interests of team performance, but it also meant someone was always there for me. Checking on me. Making sure I was good to go. All of us were doing this for one another. If I was on a road march and a member of my squad was struggling, I would help share his load. If I was on crutches and couldn’t carry my tray in the dining hall, a fellow soldier would be right there to help me. That’s just how it was. We learned to think of others first.

And then you exit the service. No more intrusive surprise health and welfare inspections. No more grueling runs and setting your speed to the slowest member of your group. No more morning formations. No more of the countless bureaucratic irritations of military life. Paradise, right?

Actually, for many of us, no. Gone, suddenly, is the cohesive structure that existed to take care of you. Gone is that strong sense of social security. Gone is the sense that, wherever you go, you know where you fit. Gone are the familiar cultural norms. Gone are your friends from your ready-made peer group, who are just as invested in your success as you are in theirs.

News reports carry a lot of disheartening statistics about U.S. Veterans. (Like the U.S. Department of Veterans Affairs, I capitalize the word “Veterans” to be respectful.) Nearly a fifth of Veterans between the ages of 18 and 24 are jobless. Veterans suffer a 33 percent higher rate of narcotics overdoses than the rest of the population, and their suicide rate is slightly higher, too. People often react to this with pity, assuming that the cause is tied to trauma suffered while in the service.

But I suspect that the main contributor to troubled adjustment to civilian life is something else entirely, and rarely is it because of battle trauma. Rather, when Veterans leave military service, many of them, like me, are leaving the most cohesive and helpful social network they’ve ever experienced. And that hurts. Most recent Veterans aren’t suffering because they remember what was bad. They’re suffering because they miss what was good.

Of course, many Veterans just power through and do fine. Veterans on average have better health and earn more money than the average American. But others fall short of their potential, simply because they’re missing something, and they can’t tell what it is.

One friend of mine went from being a combat medic in the Army to a transfer student in the health field at a major university. He got perfectly good grades, but none of his efforts to connect with his new peers and replace the social cohesion that he was missing worked. He nearly wound up dropping out of school. Simply put, he felt isolated and adrift.

For this reason, I think that the social prescription for most Veterans facing challenges in civilian life—whether those challenges are PTSD or a lost limb or simply an inability to maintain steady employment—should be the same: find them a social network to replace the one they lost.

This helped another friend of mine, a smart, capable Marine who was discharged from the service right around the time of her divorce. At first, she floundered, and for a short stretch she was even homeless. What rescued her was a stint with AmeriCorps, the federal community service organization, which gave her a job that led to full-time employment with a national nonprofit. AmeriCorps offered my friend three crucial things: a new mission, a new purpose, and a strong, supportive social network in which people were actually invested in one another’s well-being and success. That allowed her to get back on her feet. (That—and perhaps the fact that Marines are stubborn and tenacious. Not all stereotypes are bad.)

I am inspired to see that other Veteran service organizations have recognized the importance of a sense of community and renewed purpose. Look at The Mission Continues, a nonprofit that focuses on community service work for Veterans. They get it. They know that those who have served in the military are resilient and capable leaders. All that most Veterans need is a new mission, a new purpose, and a supportive community of peers.

Veterans aren’t looking for a handout, and they certainly don’t want to be pitied. If civilian life could offer Veterans more of the virtues of military life—accountability, cohesion, and a sense of purpose—I suspect you’d hear much less about the “problems” Veterans face and much more about the achievements that come from harnessing such vast energy, discipline, and public spirit.