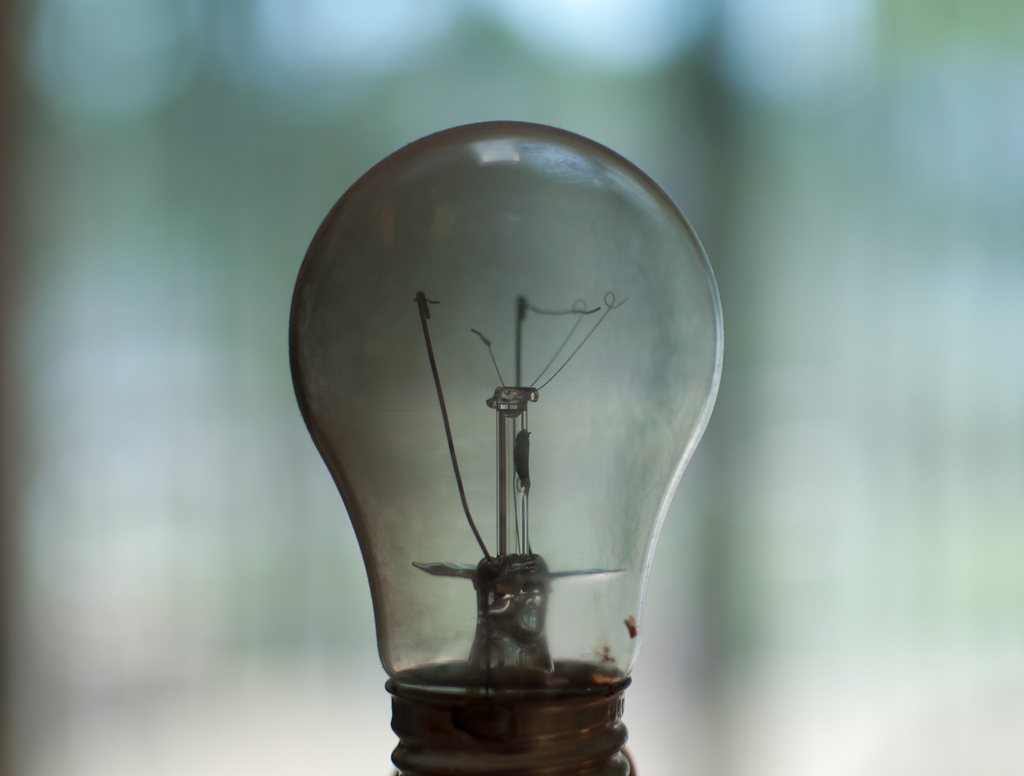 American progressives are in despair over the present state of politics and the dashed and blocked plans of the Obama administration, but they are upbeat about the future. They rest their hopes on demographics, and on the nature of conservatism. As long as the portion of the voting population that consists of millennials, minority voters, and unmarried women continues to grow (and it will), conservatives will find themselves with an ever narrower, besieged base of older whites. And as long as conservatism seems to have no positive ideas—other than anger, intolerance, and stunts like shutting down the government—it will further alienate that “Rising American Electorate.”

This is all probably true, but it overlooks one essential ingredient in political change: Ideas. It’s easy to say that conservatives have no ideas; they have never offered a compelling alternative plan for healthcare, for example, and House Republican leader Eric Cantor recently distributed to his members a sheet of paper headed “Agenda 2014” that was otherwise blank. But what conservatives do have is a broad vision of a minimalist government that provides little support for those struggling in the economy, and little regulation of those who are thriving.

Progressives don’t have a coherent, competing vision, much less ideas befitting the magnitude of the economic and social challenges of the moment. We do have some interesting metaphors (or “frames,” as we are now taught to call them), such as the emerging theme of “middle-out” economic growth, but not much more. New York mayor-elect Bill de Blasio was hailed as a populist liberal hero—a “Marxist” even, by his Republican election opponent—for mentioning economic inequality and proposing a small tax on the very wealthy to fund early childhood education. Yet this is virtually the same thing that the decidedly non-populist Obama has proposed, and a modest gesture compared to the challenge of inequality.

The liberal ideas deficit has more than one cause. First, it is in some ways a product of a recent success. Universal healthcare was always the unfinished piece of the 20th century liberal agenda, along with retirement, disability, and unemployment security. Perpetually denied or deferred in one tragic misstep after another, universal healthcare is at last in place, awkwardly, with the Affordable Care Act. But rather than move on from it to develop the next agenda, progressives have found themselves on a treadmill defending it against legal challenges, endless repeal efforts, state resistance, and implementation blunders. The capstone of the liberal project is at once complete and incomplete, and it will remain in that uncertain state for at least another year or two.

In many cases, progressives are out of ideas because our economic problems are wickedly difficult and no one has a persuasive prescription for the way forward. In the emerging view of the labor market put forward by economists such as David Autor, Michael Spence and Lawrence Katz, the economy has “hollowed out.” There may be some growth in low-skill jobs, particularly in fields such as personal services that are unaffected by foreign trade. And there will be growth in jobs requiring high technical skill or high levels of education. But the middle of the labor market—where jobs that reward modest technical skill or a two- or four-year degree are found—is falling away. The bar keeps going higher for those seeking to make the once modest jump from the low-wage workforce to the middle-income strata of our society.

During the recession, many liberals resisted this structural diagnosis of economic insecurity because they were worried that it would distract attention from the urgency of using stimulus to solve the immediate problem of insufficient demand. But as the recession slowly ebbs, deeper structural forces affecting employment and opportunity become more apparent. If we have any hope of restoring the level of opportunity that allowed millions of families to move into the middle class after World War II, we’ll need to recognize and address this structural problem. The Clinton-era answer—more education for everyone—won’t do, because the returns on education are increasingly concentrated on the small number of people who complete a four-year degree (or advanced degrees) with a distinct skill.

External support from government, such as reliable healthcare or tax credits to boost the value of work, can provide some help to those in the middle of the job market, as might a guaranteed basic wage or aggressive, ongoing federal investment in job-creating public projects. But ultimately, restoring opportunity for those trying to move up from a low-wage starting point requires making some changes in the nature of work and employment itself.

Some scholars refer to this agenda as “predistribution”—that is, making work itself sufficiently rewarding, as opposed to “redistribution” by government after the fact. We know that institutions such as labor unions, coupled with tight labor markets that helped boost the bargaining power of workers, once did much of the work of predistribution. But other than wishing those two things back into existence, what will replace them?

Nostalgia is distracting us from seeking an answer to this problem. Ralph Waldo Emerson divided American public life into a “party of hope” and a “party of memory,” but weirdly, the faction that now embraces the word “progressive” is actually the one looking back at the past. Progressives are telling, retelling, and continuously embellishing a story in which the period from the 1950s to the early 1970s was a Golden Age: of good jobs that paid enough for one worker to support a family, of unions that gave workers leverage, and of politics that responded to the concerns of working people. And then in the 1970s, it all changed. More and more accounts—such as Hedrick Smith’s 2012 book Who Stole the American Dream?—attribute the shift to “the Powell memo.” This 1973 note by future Supreme Court Justice Lewis Powell—which was written to a neighbor and forgotten for three decades—contains hints of the conservative movement’s later efforts to shape media, law, and academia.

While it’s useful to understand how essential unions were and to recognize the role of politics and power, it’s too easy to believe that those trends were reversed by a single little-read memo, or the creation of a few right-wing think tanks, or even by the election of Ronald Reagan. It’s also tempting to imagine that one can restore certain economic circumstances of the 1950s and 1960s, while sending their racial, gender, and social conditions (not to mention the decimated living standards elsewhere in the world) back in the time machine. Finally, these nostalgic narratives offer little guidance about the answers that might frame a comparable political response in a radically different era.

A fourth culprit in the progressive ideas deficit is the defensive crouch that Democrats have adopted in the face of what they see, correctly, as a vicious and deceptive conservative attack. My email is full of messages urging me to “tell Obama and Congress never to cut Social Security or Medicare.” The specter of a “grand bargain,” in which President Obama would agree to a modest cut in the cost-of-living formula for Social Security, galvanizes the left, giving liberals something concrete to oppose with the ferocity of conservatives’ opposition to tax increases. But often it seems like that entrenched defense of the status quo is the only cause that mobilizes the left. The big entitlement programs are vital, they reach a broad cross-class constituency, and there is a strong case for expanding Social Security, but they are not sacred in all their particulars. They have been changed dozens of times since their creation. “Don’t touch Social Security and Medicare” gets clicks, but it is not a forward-looking political vision.

Finally, the appearance in 2011 of Occupy Wall Street got liberals excited but did not help solve the ideas deficit. Occupy’s framing of the economy as a matter of the “99 percent” versus the “1 percent,” was thrilling as a political slogan, and as a way of highlighting the extraordinary gains of the very wealthiest. But the 99-versus-1 framework doesn’t provide a lot of answers to the travails of the middle class, a diverse lot that occupies that vast chasm in the middle. The 99-versus-1 analysis obscures the persistence of deep, multi-generational urban and rural poverty. It lumps those who have lost their foothold in the workforce with those who are doing just fine. It overlooks the profound difference in opportunity between someone graduating from high school or college in 2013 and those who entered the workforce in the 1960s.

The actual development of the ideas that will speak to all the challenges in the modern economy and society is a big ongoing project, one too big to describe here. But it is a project that cannot succeed without first recognizing the self-imposed barriers to a viable new liberal agenda, and demanding new ideas for new times. It should be seen as an opportunity, on a scale with that undertaken by the “brains trusters” of the New Deal.