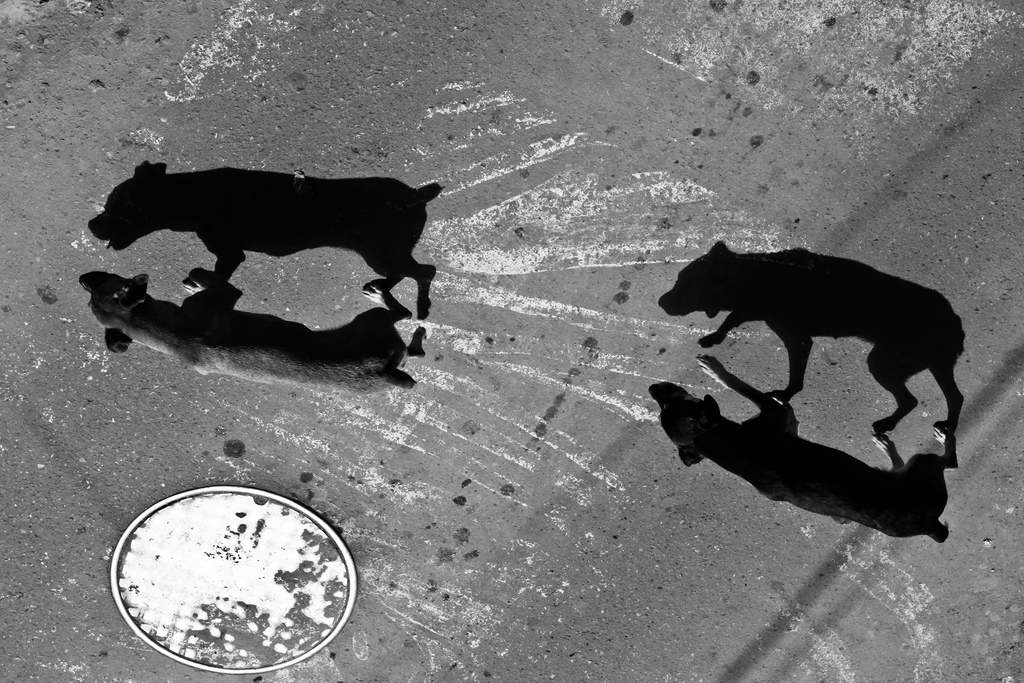 In 1937 you could take a Red Car from Pomona all the way to Venice Beach. City Hall was the tallest building in L.A. The Los Angeles Bulldogs won every game and took home the American Football League championship. And in that same year, a deadly menace roamed the streets of Los Angeles County: more than 1,700 rabid dogs.

In Glendale, a collie puppy bit 18 people and 24 dogs before eventually dying of rabies. In Palos Verdes, another rabid puppy bit 37 schoolchildren before dying in a dog pound in Inglewood. Many more rabid dogs were shot dead by police officers, like the scene in To Kill A Mockingbird when Atticus Finch shoots a growling, disoriented dog coming down the street.

Los Angeles wasn’t the only American city with a rabies problem—a decade earlier, New York City had battled its own outbreak—but L.A. was one of the worst hit. At the time, the U.S. still had the “canine variant” of rabies, a strain able to spread more easily from dog-to-dog than other strains. The story of how L.A. County struggled to bring rabies under control in dogs nearly 80 years ago holds lessons for us today.

Rabies is the deadliest infectious disease known to man, with a kill rate of 99 percent. It’s caused by a virus with an uncanny ability to evade the immune system and a single-minded goal of getting into its victim’s brain. Delivered in the saliva of a bite by a rabid animal, the virus smolders undetected until it can enter a nerve. Once inside the neural network, the virus travels about 100 millimeters a day toward the brain. Finally, it descends into the salivary glands, ready to spread itself to another victim through a bite.

Part of the disease’s fearsome allure is the personality change that the virus inflicts on its host. In its most furious form, rabies makes its victims restless, agitated, hyper-reactive to stimuli, and inclined to lash out with their teeth. It makes wild animals seemingly tame. It can make tame animals fearful. Rabies victims were the original zombies, making the sufferer a deadly threat even to those they love. But, with rare exceptions, rabid “zombies” eventually die, usually within several days after the symptoms start.

L.A. County’s earliest recorded rabies outbreaks were in 1897, when a few veterinarians reported having seen rabid dogs for the first time. But many of their colleagues were skeptical and thought the dogs just had canine distemper, which is harmless to people. In 1898, a child in Santa Monica died with symptoms of rabies weeks after being attacked by the family dog. That same year, a rabid horse downtown burst into a mania of biting, lacerating its owner’s forearm, its own limbs, and biting out chunks of its stall.

A decade later, most health experts were still saying rabies had not hit California. But then a rabid dog raced up Los Angeles Street into Chinatown, making yelping noises and attacking both living and inanimate objects. It attacked 30 other dogs until it was shot by police on Ord Street. Soon after, most officials were convinced—rabies had arrived.

Public health officials knew that, at its core, control of rabies in dogs was simple: The key was to stop dogs from biting other dogs. The British had eliminated rabies from the United Kingdom in 1902 by rounding up all strays and requiring owned dogs to wear a muzzle when off-property. But unlike Great Britain, L.A. County is not an island. Successful attempts to stop rabies by confining dogs to their owners’ properties, and requiring them to be leashed and/or muzzled when off-property, were undone when rabid dogs came in from other areas. County health officials noticed that outbreaks seem to boil in the city of Los Angeles, periodically “feeding” rabies back into the suburbs and other cities. To complicate matters, the growing human population had created a growing dog population, and most of these dogs were free-roaming.

The human death toll remained relatively low. Only about one person per year died from rabies in the ’20s and ’30s. Some people doubted that the disease was really a concern. Given how deadly it is, rabies is odd—only 10 percent of people bitten by rabid animals will come down with illness. And so the battle to control rabies was initially a very lonely one, waged by health authorities facing organized resistance from local dog fanciers. Ultimately, health officers cultivated allies in local humane societies, convincing them that dogs themselves were the biggest victims of failures to control rabies.

In 1937, with the rabid dog population at an all-time high of 1,700, public concern peaked, and the prevention machinery of went into high gear. L.A. County founded the Pound Department (now the Department of Animal Care & Control). Dog quarantines (the predecessor to leash laws) became widespread and were enforced. Vaccinations, which had been invented by Japanese scientists in 1921, were getting better, and programs to immunize pets were instituted. The three-pronged approach seemed to work: By 1940, the rabid dog count plummeted to about 100.

But the improvement was temporary. In just another four years the rabid dog count resurged to over 700. Finally, in 1956, a truly effective vaccine was available, and proof of vaccination became a precondition for licensing statewide. In two years, the rabid dog count plunged to under 10. Only sporadic cases of rabies in dogs were seen afterward, caused mostly by bites from wildlife, not other dogs.

Following California’s success, similar vaccination mandates for dogs were passed throughout the U.S., and rabies cases nationwide plummeted. In one of the largest public health success stories of the last century, in 2007, the Centers for Disease Control and Prevention declared that the canine variant of rabies had been eliminated entirely from the nation. To this day, vaccinating pets remains the best way of protecting both human and animal health by creating a layer of immunity that prevents diseases from spreading.

It took us more than half a century to effectively conquer rabies in dogs. Many other countries have just started to enact basic animal control and vaccination requirements for dogs. Others have instituted only piecemeal efforts. As a result, rabies kills between 50,000 and 75,000 people in the world each year, mostly in Asia and Africa. India accounts for 36 percent of the world’s rabies deaths, most of them children. China runs second on the list, with about 2,000 deaths per year over the past several years. The vast majority of these victims contract rabies from a dog.

The disease remains a concern in Los Angeles—not from dogs but local bats. Over the past 50 years, L.A. County public health officials have typically found between eight and 12 rabid bats per year. But in the last three years, many more rabid bats were reported: 38 in 2011, 56 in 2012, and 33 so far this year. Thankfully, very few bats in nature have rabies—less than 1 percent. We do not know enough about local bat populations to understand the reasons for this increase—but we do know that although rabid bats are far less aggressive than dogs, they can potentially bite people and pets, exposing them to rabies. Angelenos should admire bats from a safe distance and never touch them directly with bare hands. Since bat bites can be very tiny, animal control workers test any bat found near a child, pet, or unconscious person for rabies just in case.

The ease of global travel also increases the risk of importing animals that are incubating rabies. Almost 300,000 dogs are imported to the U.S. per year, and while proof of rabies vaccination is requested, enforcement is incomplete. In 2004, a stray puppy from Thailand was brought in through LAX by a well-meaning California tourist. The dog had been seen by veterinarians in Thailand before getting on the plane but vomited while on board, and became increasingly aggressive after landing here. Ultimately it was euthanized by a veterinarian. An international investigation tracked down 12 people that had direct exposure to the dog.

Those 12 people, however, didn’t suffer as they might have decades ago, when treatment for rabies exposure required a series of 14 shots or more given in the abdomen. Since the late 1970s, treatment for rabies exposure has consisted of a dose of rabies immune globulin injected into the bite wound and a rabies vaccine in the upper arm, followed by three or four more vaccinations over the next few weeks.

L.A. County used to be a place where a bite from a dog brought the very real risk of infection with a fatal disease. In many parts of the world, this is still the case. But we learned long ago that the best way to protect people from rabies is by protecting pets first. We are much safer because of the efforts of generations of public health workers, animal control workers, and conscientious animal owners.