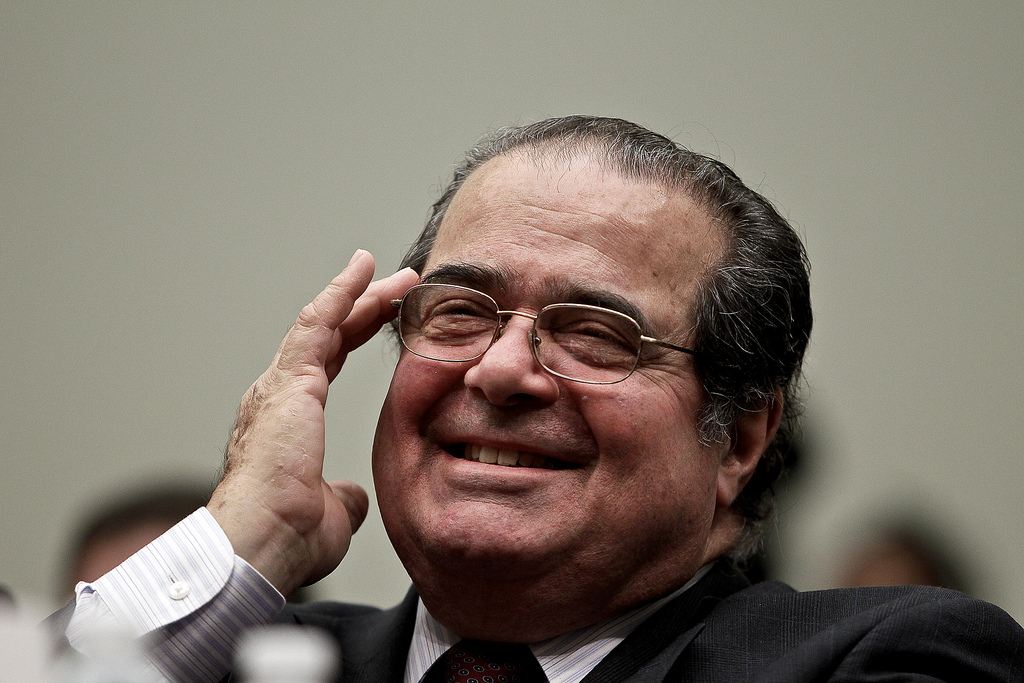 When U.S. Supreme Court Justice Antonin Scalia recently told New York magazine that he believed in the devil, some readers seemed to view this statement as further proof that Scalia himself is Satan. As he so often does, Scalia presented a view radically different from that of the materialist majority of his countrymen. That was refreshing. Dissent and skepticism should always be welcome, because they encourage people to think through their own views. The conventional wisdom at any given time is often later shown to be wrong, because we know so little about reality.

Still, it seems odd that anyone today really believes that the Devil exists or that the question is even worth discussing. Isn’t it a superstition? The Devil is certainly supernatural, but supernatural and superstitious are radically different terms. They have no more in common than supermarket and Superman. A superstition is an idea that lacks a coherent worldview. But belief in the Devil can be—and usually is—part of a longstanding, consistent, and coherent worldview.

But what if you start from a different worldview? For Catholics such as Scalia—and most Protestants and Muslims as well—the Devil fits into a coherent worldview that accepts the supernatural and thus rejects both physicalism and relativism.

Admittedly, in our largely materialist society, one hears little about the Devil from modern clerics, because they fear ridicule and a loss of credibility. The Devil has been caricatured for so long as the guy in the red suit with horns and a tail—an image absurd not only to materialists, but also to most people of faith. Christianity has never demanded belief in a Devil. But since the Devil as an idea plays a prominent role in the New Testament and in virtually all expressions of Christian belief into the last century, Christians such as Scalia feel obligated to take the question of his existence seriously, and to hell with those who scoff.

People who believe in the Devil generally concern themselves less with the existence or non-existence of some sort of personage and more with the notion of radical evil as a true force, which some might call Satan or the Devil. For most of the past century and certainly in this century, the idea of radical evil has fallen out of favor. We tend to minimize evil, to attribute it to mere perversions of a person’s “nature” (genetics) or “nurture” (family and society). But this tendency trivializes the persistence and power of evil as a force.

What is evil, anyway? Clearly there’s a huge range of things that we consider to have been morally wrong. At one end are immeasurable crimes such as the Holocaust and the gulags, and at the other end (progressing down through brutal tyrannies, murder, and rape) are the petty malice and hurtfulness that we all experience. Where do we draw the line between, say, spite and evil? Even petty nastiness can arguably be evil, as when children are driven to suicide by hurtful gossip and social media postings. But let’s go straight to the top of the evil scale. Does anyone care to stand up and say that the Holocaust was not evil? Really? Truly? But if you don’t believe in evil, you can’t coherently say the Holocaust was evil. People who deny radical evil are free to do so, but they should face the consequences of their views.

So, let’s agree: Radical evil exists and has always existed. Now we have to decide who’s to blame. There are three choices: God, the Devil, or human beings. As a practical matter, even the faithful give most of the blame to humans. No one can use the excuse “the Devil made me do it,” either in court or in theology. But people who believe in the devil see humans falling prey to something larger than them—a radical evil that is a force of its own.

Is a belief in radical evil good or bad for society? On the one hand, it can lead to acts of terror or repression, carried out by fanatics who, ironically, believe they are fighting radical evil rather than perpetuating it. On the other hand, recognition of its existence can free us from dangerous naïveté. So whether Scalia is right or wrong, he is to be credited for challenging the prejudices of the current elite.

Anyhow, if you think Scalia’s talk nonsense, how can you be so devilishly sure? Skepticism is always good, because we (whoever we are) hardly know anything for sure. Cynicism, on the other hand, is seldom helpful, and to create a worldview on the basis of cynicism is to build a mirage on shifting sand.

Some years ago, I was part of an academic committee of about a dozen people in charge of a set of lectures about religion. I found myself the only person in the group to admit that I believed in God. The terror of being left cold outside the herd is typical in most professions—especially academia. (OMG, I might not get promoted if people know that I believe in God!) To express heretical views is expose oneself to derision, contempt, or frank hatred.

Now, does this mean that you should never agree with the current elite? Of course not. That’s just as thoughtless. Almost all of us can agree that the KKK or the Nazis were wrong. We need moral standards.

But we also need to base our standards on coherent reason and tradition. And that is what Justice Scalia is doing.