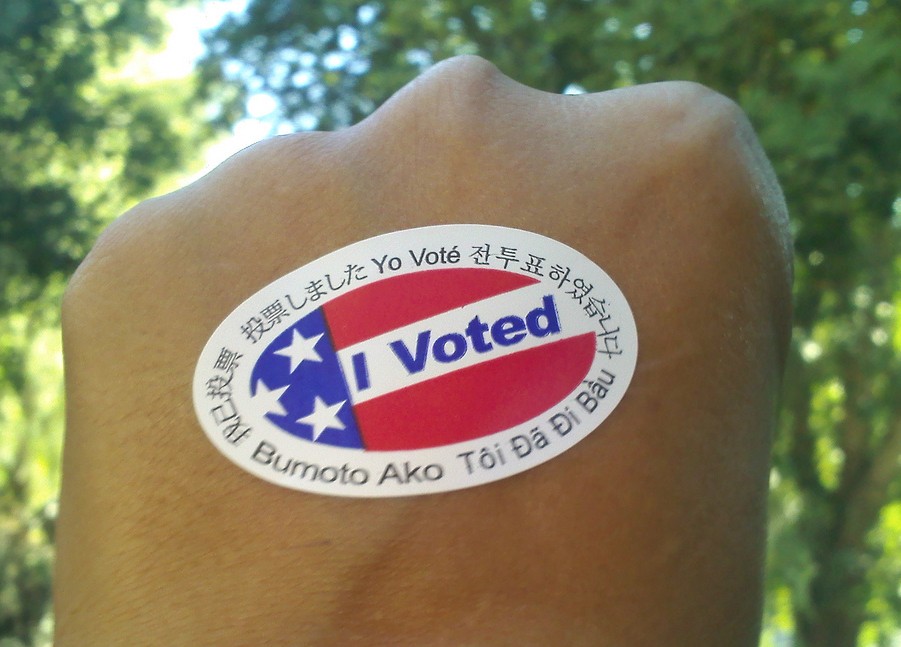 Until a change in the city charter 20 years ago, voters in some parts of Los Angeles were able to take stubs from their ballot, present them to local independent doughnut shops and receive a free dozen doughnuts, paid for by local Democrats.

Is it time to bring back doughnuts for votes? Certainly, L.A. is full of ideas in the wake of this year’s city elections, and rightfully so. Mayor Garcetti, who now wants a commission to study low voter turnout, was elected in a May runoff that produced a turnout so pitiful (23.7 percent of registered voters) that L.A. was a national laughingstock, feeding a narrative that Angelenos are only interested in voting for the next American Idol. And the March primary was even more pathetic (21 percent). NBC political director and chief White House correspondent Chuck Todd pointed out then that “fewer people voted for Eric Garcetti in the primary than attend the Rose Bowl game.” Ouch.

Unfortunately for us, that statement was accurate at the moment it was uttered a week after the primary, when Garcetti had tallied barely 90,000 votes. The totals have since been updated to 121,930, but this is still just 3 percent of 4 million Angelenos.

So what to do?

Most of the ideas being discussed around Los Angeles involve changing the election calendar. And few seem promising. Moving Election Day to a weekend is one common idea, but would that really boost turnout in Los Angeles, where weekends are sacrosanct?

Another popular calendar-related idea is to change the years in which L.A.’s elections take place. Currently, our municipal elections are reserved for odd-numbered years when there are no statewide or federal elections, and the contests for mayor and council seats can steal the show. But since local elections can seem boring, the thought is that moving them to even-numbered years to coincide with gubernatorial or presidential elections would bring out more Angelenos who aren’t concerned about the mayor but care who is president.

That might work if the goal is just boosting turnout numbers. But such a shift would diminish the contests for mayor, city controller, and city attorney—turning them into “down ballot” races that might well be forgotten by voters consumed by gubernatorial or presidential campaigns. Research shows that the number of votes cast decreases as voters make their way down to the end of the ballot, where the names of mayoral candidates might be in this scenario. Voter turnout numbers might look better, but would voter participation and interest increase? Unlikely. And don’t locally elected constitutional offices deserve to be more than an afterthought to voters in Los Angeles?

Here’s a better solution: Keep the elections in odd-numbered years, but move the first round to June, when Californians are accustomed to voting, and set the runoff for November, another familiar month for going to the polls. We don’t have to be different, and June-November is much more traditional than March-May (or the pre-1993 L.A. practice of April-June elections). What’s more, this voting schedule leaves more time for debate and drama; the two months between our current elections are shorter than some Hollywood rehab stints.

Such a change would permit other calendar shifts. The traditional date for the inauguration of newly elected officials (July 1) could be moved to Martin Luther King Jr. Day in January, which would provide a longer transition period for those taking office. A national holiday provides a perfect opportunity to reflect on history, while watching the newly installed leaders of Los Angeles attempt to chart their own.

Additionally, the staggering of city council district elections must change. Under the current set-up, the odd-numbered council districts (there are 15 seats on the L.A. city council) hold their elections at the same time as those held for the mayor, city controller, and city attorney. But the seats in even-numbered districts are contested two years before and after those votes. The turnout for council seats in elections that are untethered to citywide races is, well, staggeringly low. If civic-minded people are embarrassed when 23 percent of eligible voters show up at the polls to decide the next mayor, just wait until 2015. Even though there will be seven council seats up for grabs plus a proposition or two, voter turnout will be probably barely even reach the double digits.

Staggered council district elections also discourage continuity; the council is always changing. Democracy would be better served if voters delivered their verdicts on the entire council every four years—to thereby change the direction of the city. Of course, vested interests in and around City Hall would be vehemently against changing the council election schedule, and could probably block any efforts to fund a council election calendar change. From the point of view of such interests, an electorate that can never change its city government is the best of all possible worlds.

It’s not clear what might produce higher voter turnout in L.A. and what those measures might cost. Even doughnuts, despite their obvious advantages, might merely provide “sugar highs” for people who otherwise would not have cast a vote. Maybe local businesses would benefit … but would the city as a whole?