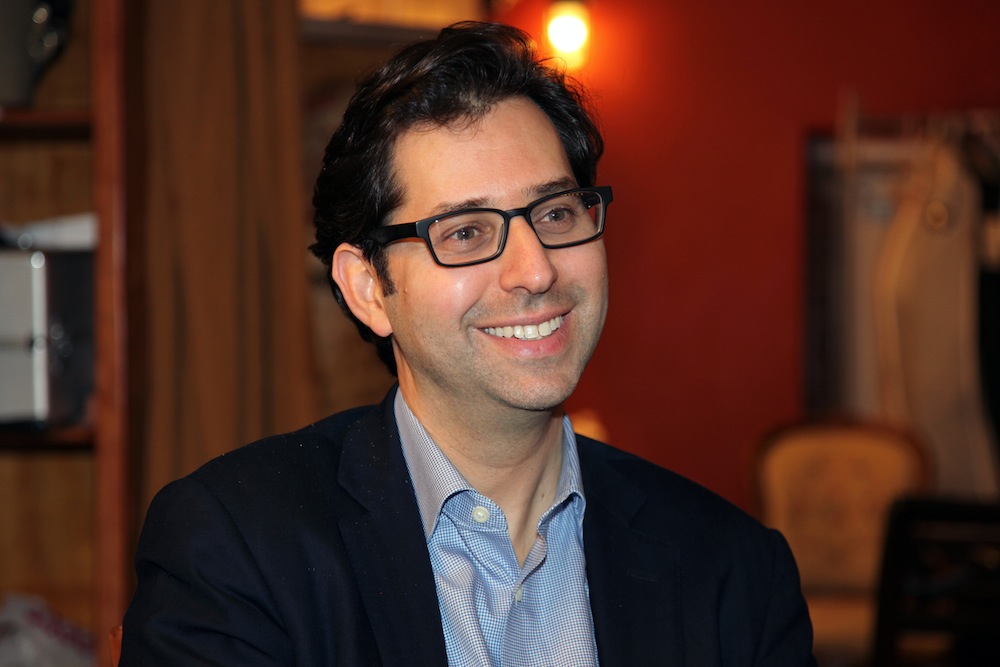 NPR media correspondent David Folkenflik is the author of Murdoch’s World: The Last of the Old Media Empires. An Orange County native, he spent more than a decade as a reporter at the Baltimore Sun. Before talking about Rupert Murdoch’s legacy and the future of journalism, he talked about his love for the Angels, the art of TV hate-watching, and why he goes along with his wife’s Halloween obsession.

What’s the most creative way someone’s misspelled your last name?

I think it was almost as though they were reaching for some archaic version of French—I think there were PHs and Qs in there.

How do you procrastinate?

Three pretty easy things: I will go on Twitter and tell myself it’s work. I will play with my daughter and be quite delighted. Or, during baseball season, I’ll check all the vagaries of how the Angels are doing.

What was a bigger moment for you: the birth of your child or the 2002 World Series?

Definitely the birth of my child, Viola, but nonetheless, in 2002, in a moment of hyperbole, I would have thought it would have been the Angels getting their first World Series win.

What is your drink of choice?

I’m pretty small-c catholic in my drinking in that I like a good IPA, I like a good rich red wine, and every now and then, special events, I might like a nice scotch on the rocks.

Do you identify with any character on The Wire?

I love certain characters on The Wire. Identify with? All of us would like to think there’s a little bit of Omar going on. I can’t say I’ve been so horribly treated by bosses that I would qualify as McNulty, though there’s always time.

What do you love to hate?

There are certain shows my wife and I watch simply because she’s into them— certain truly trashy network television shows. I’ll occasionally watch Revenge on ABC or something when she’s watching it—just sort of good time hate-watching. There are times when The Newsroom fell into that category and there are times when it didn’t. I’d been prepared to watch The Mindy Project that way—as categorically not for someone of my gender—but in reality I’m charmed by her rapport with the guy who’s also on The Newsroom. And she’s kind of funny. It’s more preparing to hate-watch things and then finding that as long as it’s done in the right context I can enjoy it.

Not a lot. To the extent I had one, starting in early high school or something, people would call me Flik.

My wife’s favorite holiday is not a holiday. It is Halloween, and she thinks of it more as like how the French think of Bastille Day as a cause for celebration and all kinds of other venerations. I’m usually just along for the ride.

How much is too much to pay for a haircut?

What was it like growing up Jewish in Orange County?

There were not a ton of Bar Mitzvahs. Laguna Beach itself didn’t have a temple; there were Jewish kids, but there weren’t a lot of them, so you’d occasionally encounter kids who didn’t understand stuff.