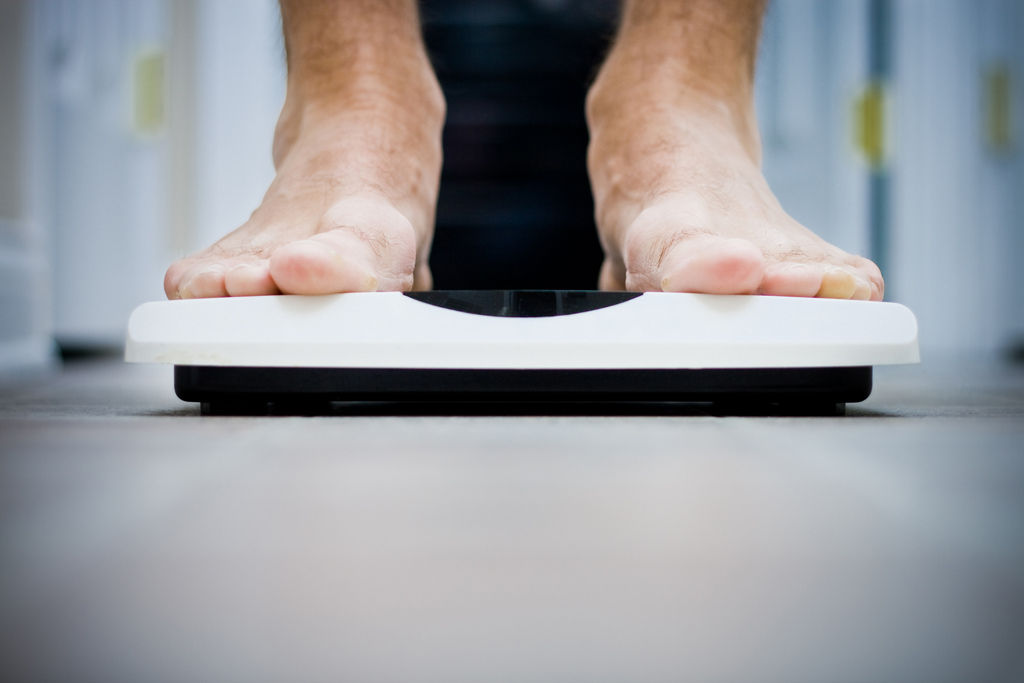 Why is First Lady Michelle Obama supporting the humiliation of fat people? Ms. Obama, who has made fighting childhood obesity her signature issue, recently appeared for the second time on the television show The Biggest Loser. She was on as part of a campaign launched by the Partnership for a Healthier America to encourage people to drink more water. Encouraging children (and adults) to choose water over soda and other sugary drinks is a good thing. But Obama would have been better off conveying that message without endorsing a program that uses the fear and loathing of fat people to scare Americans into adopting these behavioral changes. The First Lady’s endorsement of this abusive show—and its enduring popularity as its 15th edition marks its mid-season finale—is indicative of all that is wrong about the broader “war on obesity.”

The show’s premise is that anyone can be thin if they work hard at it. If some people are fat, it is because they don’t care enough to try to better themselves. Not only are they slothful and gluttonous, but—because obesity is a deadly and costly disease—they are risking their own health and the economic health of the nation for their self-indulgent ways. In one episode of an earlier season, a doctor tells a 20-year-old male contestant, “You have so much to live for. What are you doing?” to which the shamed contestant responds, “Throwing it away.” After being told that his death is imminent due to his weight, another contestant confesses to his doctor, “I realize how selfish I’ve been.” Later in the season, a physical trainer explains to viewers, “To get in shape and to change your life doesn’t come free; you’ve got to earn it. And if they want it bad enough, if they can change themselves mentally and emotionally right here, the rest will follow.” Over and over again, the show portrays being heavy as both a death sentence and a personal choice.

In fact, body weight is determined by a host of biological, genetic, and social factors, often beyond one’s personal control. According to one estimate, 70 percent of the variation in people’s weight can be accounted for by genetic inheritance. This helps explain why the weight loss produced by diets tends to be temporary. As geneticist Jeffrey Friedman has explained, “In trying to lose weight, the obese are fighting a difficult battle. It is a battle against biology, a battle that only the intrepid take on and one in which only a few prevail.” So it’s not surprising that The Biggest Loser does not follow up with contestants years after the show to see whether they have been able to keep the weight off or not.

The extent of shaming that takes place on The Biggest Loser is extreme, but the general attitude that anyone can—and should be able to—lose weight by applying themselves is pervasive. In researching my book What’s Wrong with Fat?, I analyzed hundreds of news reports on “obesity” published between 1995 and 2005, and discovered that the issue is treated as much a moral scourge upon the land as it is a health issue. News reports overwhelmingly emphasize individual blame and responsibility. A typical 2003 news article says, “The two prime culprits for this expanding obesity are inactivity and overeating, and TV watching is linked to both of them.” Making the moral implications clear, the article speaks of children spending “lazy hours in front of the TV.” Indeed, television is the preferred example of a sedentary activity, since it is widely regarded as morally suspect. Among the hundreds of articles I read, not one spoke about children becoming obese because they are spending too much time reading, playing board games, or engaging in other sedentary—but virtuous—activities, as this would have muddied the simple narrative of obesity as the product of bad individual choices or behavior.

There are health risks associated with higher body mass, the clearest being Type 2 diabetes, which becomes more likely with increased weight. Yet even here, it is unknown whether being heavy causes diabetes, whether diabetes causes weight gain, or whether both conditions are caused by a third factor, such as poor nutrition, stress, or genetic factors. Moreover, the association between weight and Type 2 diabetes is not perfect. Some thin people develop the disease, and many fat people never will.

A 2008 study showed that a person’s weight is not a perfect predictor of metabolic abnormalities in blood pressure, triglycerides, cholesterol, glucose, insulin resistance, and inflammation. Almost a quarter of normal-weight people had abnormal profiles, while more than half of overweight people and almost a third of obese people had normal profiles. In other words, treating weight as a proxy for health could result in the under-diagnosis of more than 16 million normal-weight Americans and the over-diagnosis of almost 56 million overweight and obese Americans.

While there is a lot of uncertainty about the health risks of weighing more than average, there is growing evidence that our widespread societal anti-fat bias takes a toll on public health in many ways. Afraid of public ridicule or abuse, some heavy women avoid exercising in public or even leaving their homes, depriving themselves of social interaction. Women categorized as obese are more likely than thinner women to report that they experience the doctor’s office as a hostile environment. Such women are also, on average, less likely to get Pap smears, contributing to higher rates of cervical cancer among women categorized as obese. And the fear of becoming fat can lead women of all sizes to develop eating disorders and body-image problems that diminish their lives and can be extremely dangerous to their health.

Yale researchers have shown that weight discrimination in the United States has increased dramatically in the past decade and is now comparable in prevalence to rates of reported racial discrimination, especially among women. Multiple studies have documented weight bias in employment, healthcare, education, and public spaces—unequal treatment based on stereotyping fat people as lazy, unmotivated, sloppy, and lacking in self-discipline and competence. Heavier women are not only less likely to be hired and less likely to earn a higher salary compared to their similarly qualified thinner peers, but they are also less likely to marry or to marry a high-earning spouse. Unlike thinner women, who can more easily climb the social and economic ladder, heavy women face the prospect of downward social mobility.

My colleagues and I have conducted research that suggests that exposure to moralizing messages promoted on shows like The Biggest Loser worsen anti-fat prejudice. We found that people who read a news report discussing an alleged obesity health crisis were more likely to agree—compared to those who read an article on a topic not related to weight—with stereotypes of fat people as unlikable, untrustworthy, and less intelligent than thinner people. Other studies have shown that individuals who think people can control their weight are more likely to believe that weight-based discrimination is justified. By aligning herself with The Biggest Loser, Michelle Obama further legitimizes anti-fat attitudes, and the ills they spread.

Moreover, discussing physical activity and nutrition solely as weight matters, instead of contributors to one’s broader health, is counterproductive. Plenty of people make positive changes to their diet and increase their physical activity as part of an effort to lose weight. If they don’t lose weight or their weight plateaus, they become frustrated and revert to their old ways, even though the behavioral changes bring with them other positive health dividends. Given how difficult it is to lose weight, the First Lady should consider using her platform to promote a more constructive message: that people of all sizes can make positive nutritional and exercise changes.