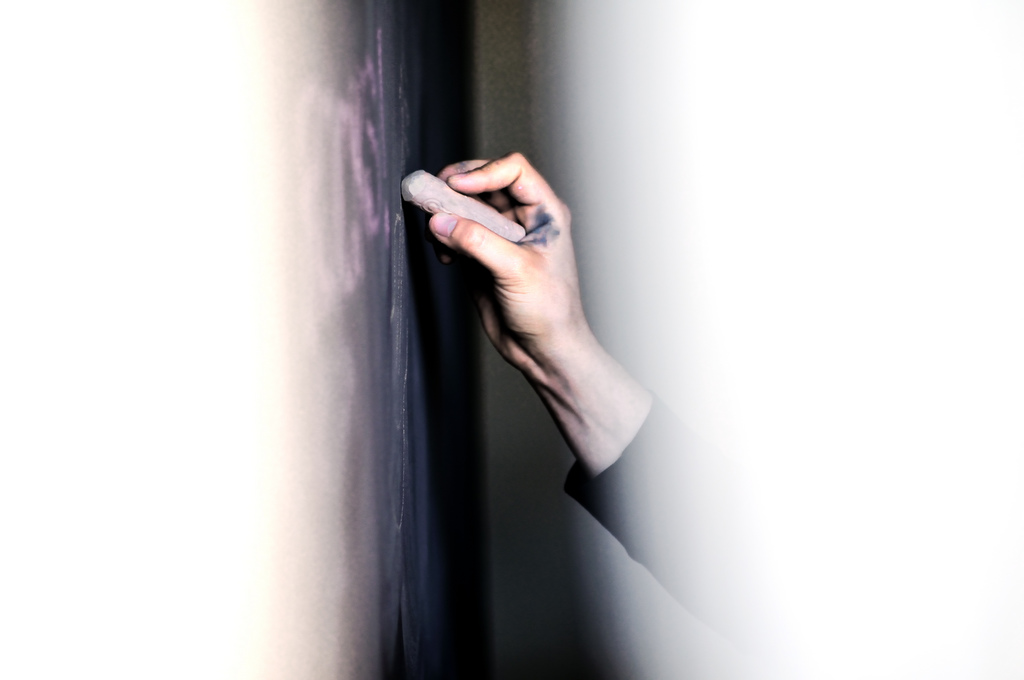 On the first day of my SAT prep class in L.A.’s Koreatown in the summer of 2012, I arrived at what appeared to be an office building, with dark glass windows and a security guard at the door looking bored out of his mind.

As I signed in for the Elite Educational Institute class in a room that looked like an enormous dentist’s office, a widescreen TV directly behind the reception desk showed interview testimonials from kids who, according to graphics on screen, had scored a perfect 2400 on the SAT (the test now has three parts worth 800 points each) after taking this test prep course.

But then, after signing in and entering the prep center, the receptionist, a Korean lady who doubled as disciplinarian and administrator, greeted me with a look of such contempt that I nearly dropped my pen.

You are late! she said, as a couple other students filled out forms nearby.

I glanced at another TV screen, devoted solely to the time. She was right. I was late. By four minutes. I’m sorry, I mumbled.

She pointed her index finger directly between my eyes. Her eyes flashed red, and I could have sworn that she had grown by at least two feet. She towered over me.

You dishonor your family! she shrieked.

Koreatown, a densely populated neighborhood west of downtown L.A., become a center of test prep centers—providing intensive classes to study and practice for standardized tests such as the SAT—with Elite Educational Institute, the Wilton Academy, Young Ji Tutoring, the Jei Learning Center, and Kumon all located around Central L.A. At the prep center, I’ve met kids not only from Koreatown but from all over: La Crescenta, Whittier, Pasadena (both South and non-South), Arcadia, even freaking Glendora.

My stint at my test prep center came at the request of my parents, who had heard from friends that the only way to receive a very good SAT score was to go to Elite. I spent two days a week there for eight weeks. On Fridays, we students took a full, 3 1/2-hour, SAT practice test. On Saturdays, a list of each student’s practice test scores, ordered from highest to lowest, was published with for all to see. Both the teachers and the students treated those who scored the highest with deep respect (“Jack, good job on that last math section”) and those who scored the lowest with a mixture of pity and disdain (“Cole, you had one of the worst scores last practice test”).

The classes ranged from good to very, very terrible. The teachers were mostly male and mostly Korean. The grammar teacher was a generally cool guy who had traveled the world in his 20s and often broke up his lectures with amusing yarns about the crazy times he’d spent in Europe and Asia, and his classes were somewhat better than bearable. However, I don’t think I managed to successfully stay awake through the reading comprehension class once. Luckily, I have been blessed with the gift of being able to move my hand back and forth as I nap, which makes me appear to others as if I am taking notes even as the sandman guides me further and further into the dream world.

Each day, we had a minimum of 8 hours of classes (two hours each of reading comprehension, math, writing, and vocabulary). Although there was a brief respite between classes as the different teachers switch out, our only official break time was our lunch period, which was exactly 30 minutes long and the best part of the day. Every week for homework, we were expected to memorize 250 vocabulary words, read and complete two 20-page packets (one on math and one on grammar), and read and write a book report on a novel.

There were no windows in our classroom, and even though we were on the first floor, the general feeling was that we were buried deep underground. The room had an intercom and, most frighteningly, a video camera, both of which were linked directly to the desk of the Lady Out Front. Occasionally, during breaks, a student would stand up and attempt to stretch, only to immediately hear the crackling of the intercom and the Lady Out Front saying, “You in the red shirt, sit back down!”

One of my fellow classmates, Kevin, held that the prep center is like “a gulag run by Asians.” Others compared it to a North Korean prison camp. There were rumors that the kids with the lowest scores on the practice tests were taken by the Lady Out Front to the building’s basement and caned.

The Lady Out Front is the institute’s chief disciplinarian, and she was feared by the class in the same way I imagine the Danes feared Grendel. On occasion, she entered the classroom and asked slowly, menacingly for one of the students to accompany her to the front. (Students’ offenses ranged from calling the Lady a bitch and talking back to teachers to acting wild in class.)

With downcast eyes, the requested boy/girl followed her, never to be seen again.

None of this is hyperbole. There seemed to be something almost dictatorial about this set-up, and the attitude of the student body grew more hostile as the summer went on—insults were more savage and less whispered. In response, the Lady Out Front reminded us that we were there “for our own good.” And, of course, we were. We were there to practice for the SAT, to one day become 2400 kids like those smiling broadly on the TV above the front desk. It may be unpleasant, but I found the prep center to be effective. (Elite claims it produces “an average increase of 240 points.”) It would help raise my score.

But it also instilled in me a deep, ingrained hatred for everything test-related. I also felt guilty. By going to Elite, I was, essentially, cheating the system, memorizing specific problem types in order to score better, turning the SAT from a test that evaluated my ability to think on my feet into a test that evaluated my ability to apply information I had memorized through hours and hours of practice. I couldn’t help thinking there must be a less horrifying, less intense, less boring way to prepare for these tests.

On my last day at the test center, I’d never seen a group of people looking so relieved. It was as if the entire student body had simultaneously released a breath it’d been holding for the last three months. Even the Lady Out Front was smiling. As the bell marking the end of our last class rang, the students hastily packed up their bags before rushing out of the building, laughing triumphantly, delirious smiles on their faces. Sure, we still had to take the actual SAT, but compared to our days at the test prep center, the test itself didn’t seem all that bad.