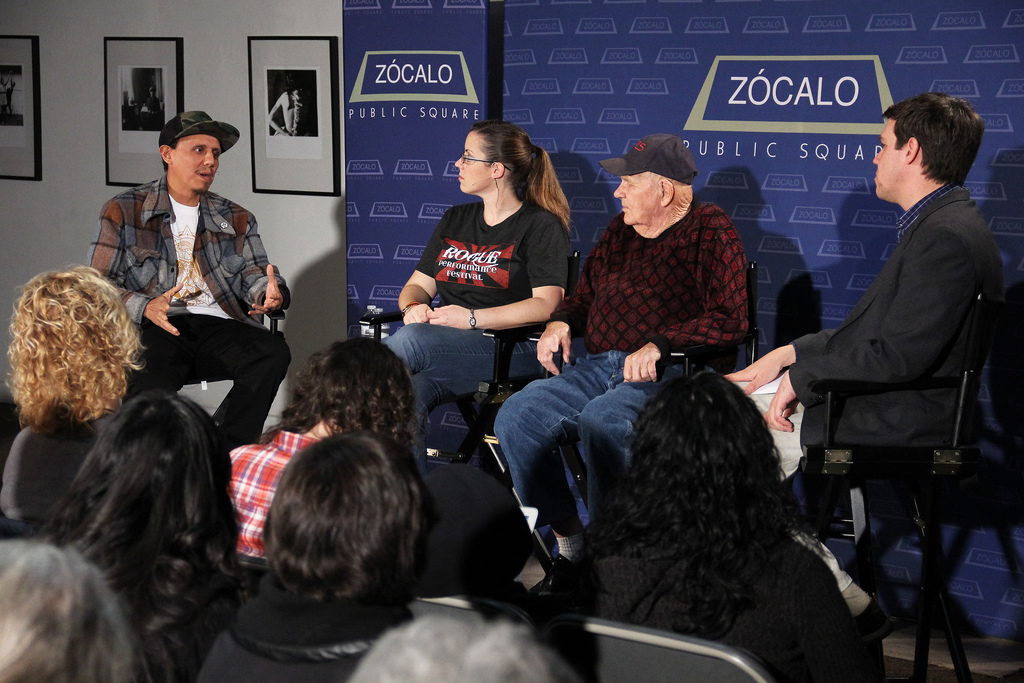 In the Central Valley, art is as likely to reach you on a street corner or in a pop-up performance space in someone’s garage as it is on a museum floor or a theater hall. At a “Living the Arts” panel co-presented by the James Irvine Foundation at Arte Americas in Fresno, California, a group of local artists discussed the different ways they bring the arts to the community, the challenges they’ve faced, and where they draw their inspiration.

Joe Moore, director of content at Valley Public Radio and the evening’s moderator, opened the discussion by asking how the panelists had interacted with traditional arts organizations in the past.

Renée Newlove, a board member and former co-producer of Fresno’s Rogue Festival—a yearly fringe performance festival that accepts all comers—said that art seemed like a “big, scary, inaccessible thing” when she first encountered it in the form of San Francisco’s Museum of Modern Art and Broadway theater. “Here I was, just a little person; how do I break into this scene?” she said. “It seemed very encased in glass.”

Erik Gonzalez, a graffiti artist and the founder of Tulare County’s Urbanists Collective art group, was active in a number of different arts organizations in the Bay Area before moving to Exeter, California, just under an hour away from Fresno. He didn’t think such a rural place would accept his art form, so he looked to Fresno arts organizations for support. He started organizing art shows, contests—“any type of event that had something to do with urban art”—just to see what would happen.

Chris Sorensen, a sculptor and gallerist who runs a studio where 40 local artists work and showcase their art, helped found Fresno’s hugely successful ArtHop 20 years ago. “We didn’t realize it would amount to anything,” he said. But now, hundreds of people attend these twice monthly evening events where art venues open their doors to the public, put on new exhibitions, and host receptions. “People like ArtHop because they get a free night out,” he said—and the organizers can entertain them without having to buy a lot of alcohol.

The Internet has changed how the public experiences art and how artists create. Newlove, for instance, said that one of the coolest things about the Rogue is that every audience member gets a chance to become a critic by commenting on the shows on individual webpages that the Festival sets up for each performer.

Gonzalez said that for his personal work, he shuts down the Internet every once in a while so he can “zone in” on his own ideas. But the Internet also makes the act of collaborating easy. He can find someone whose work he admires, send a message to her on Instagram—and then they can collaborate, even if they live across the country from each other.

Moore pointed out that people often talk about the Central Valley as a frontier—a place full of openings to do things that never have been done here before. While Newlove said that she herself isn’t a pioneer, she feels that she’s “part of this train that’s definitely setting its own track.”

“Fresno has an amazing capacity for being a guinea pig audience,” she said. The Rogue is known for being the friendliest fringe festival because the audience smiles at performers, tells them how well they’ve done, and is always willing to return next year.

In addition to this experimental attitude, Fresno’s low cost of living also gives artists a kind of flexibility unavailable in other parts of California and the country. “I have the best landlord in Fresno,” said Sorensen. “Anyone else would’ve killed me for doing what I do.”

But helming an arts organization—and making art accessible to the public—also means running a business, which offers its own challenges.

Newlove said that the Rogue Festival must strike a fine balance between art and finance—innovating as much as possible within reason. She added that the struggles to raise money to produce the festival are “absolutely worth it because of the little kid you see going up to a performer afterward and asking, ‘Will you sign my program?’”

Before turning to the audience for questions, Moore asked the panelists what they’ve learned through working with their organizations.

“People given a chance to do something would like to do it,” said Sorensen. “If you give them a place to work, they’ll come.”

“Continue having fun with it,” said Gonzalez, and “remember that that’s how it all started.”

In the question-and-answer session, an audience member asked what the Central Valley is still missing in terms of resources and critical arts engagement.

Although she loves Fresno, Newlove said she’s noticed “audience apathy”—people thinking that because the city isn’t San Francisco or Los Angeles, it’s not going to showcase great art. “I wish the Central Valley audience would just slough off that mentality and say instead, ‘We’re going to try something new.’” 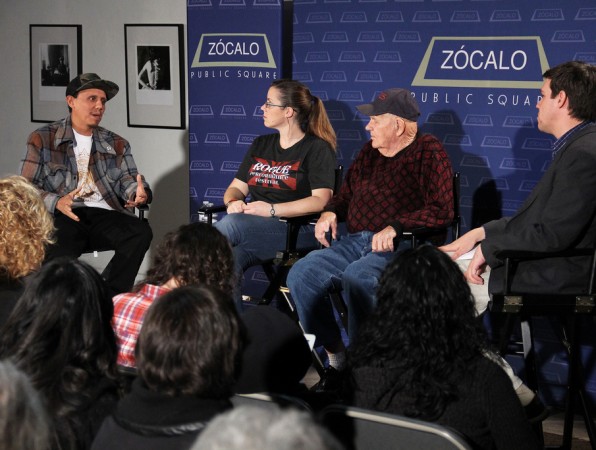 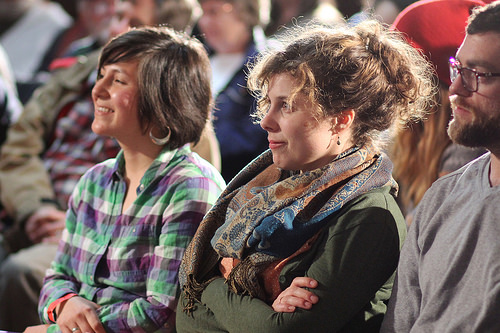 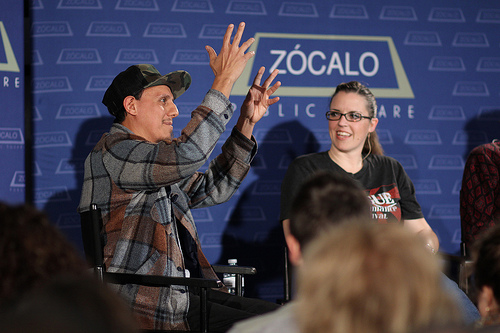 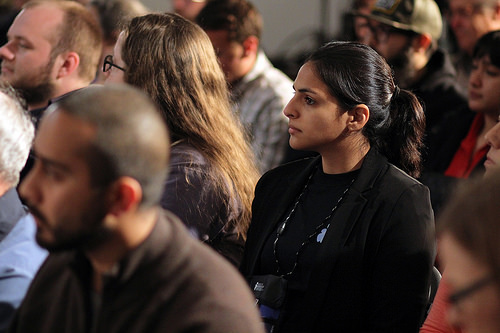 The audience at Arte Americas 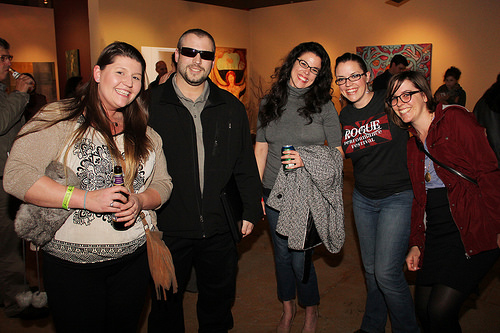 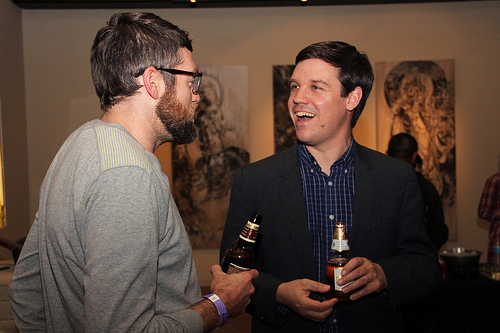