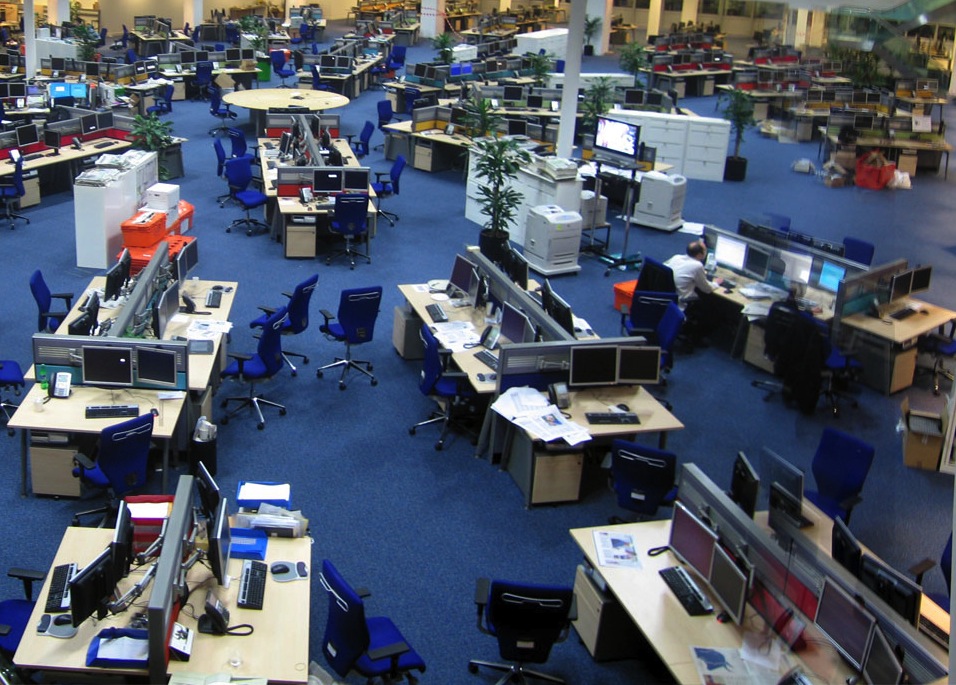 The idea had success written all over it.

In 2011, news organizations throughout Southern California were shedding reporters and cutting coverage in the face of faltering finances. Sensing an opportunity to fill that vacuum, a well-known venture capitalist assembled a team to build a nonprofit web-based newsroom. The staff of the new entity would be schooled in the use of “data-mining” and other new techniques, and would pursue in-depth investigations and focus on government accountability. The operation would avoid the pressures of Wall Street expectations by soliciting support from wealthy Los Angelenos and neighborhood groups alike.

I joined, confident that finding good journalists would be easy with so many newsroom cutbacks. But just over a year after the effort was launched amid great expectations, it was quietly shelved. The idea was financially unsustainable.

For me, a lifelong journalist and former managing editor of the Los Angeles Times, the experiment’s sudden end felt like the media’s version of a canary in the coal mine. If this idea couldn’t survive despite support from one of the city’s most financially connected entrepreneurs, what could?

A year later, I signed on to a for-profit enterprise. This one addressed a need for local news, analysis, and community interaction around favorite hobbies and passions—all in a way that would be more user-friendly than any of its competitors. The site has yet to launch, plagued by delays and a lack of interest from venture capitalists.

It turns out the money men are looking for startups that deliver a very large and preferably young audience, or better yet, a “killer app” that has the potential to disrupt or destroy an existing business and to return their investments tenfold—and in a hurry. Simply building a better mousetrap is not enough.

Delivering a mass audience in the Internet era often means playing to the lowest common denominator—outrageous and often vitriolic speech, wild and unsubstantiated gossip, amateur journalism and, more than anything else, a focus on celebrity in almost any form.

Don’t get me wrong. I like popular culture as much as the next guy—maybe even a little more. Paris Hilton used to be my neighbor, and my friends know I spend a little too much time with reality television.

But the trend is concerning to those, like me, who fear this almost singular focus on capturing eyeballs has begun to crowd out reporting on more serious, meaningful subjects—such as, how your tax money is being spent and who is pulling the levers on neighborhood development.

I believe it’s still possible to create and sustain newsrooms that serve the public. But stories such as these illustrate why it is such a daunting proposition, particularly here in Los Angeles.

In this region, the job of delivering important local news has long been entrusted to a tangle of community newspapers that dot Southern California and, most prominently, to the Times, which has dominated through its large audience and financial prowess, and actually also owns some of those community newspapers.

The Times has been the region’s most influential media voice for decades, if not over a century, but that omnipotence began to crumble in 2000, when the Times was purchased by the Tribune Company of Chicago. It was a deal some compared to Jonah swallowing the whale and touched off more than a decade of profit-motivated staff cuts. This Los Angeles icon was then dragged into bankruptcy by a highly leveraged and botched buyout engineered by a trash-talking real estate fat cat named Sam Zell.

But what really brought the Times to its knees—as it did to practically every other serious newspaper—was the collapse of the financial model at the hands of the Internet.

While the Internet has dramatically increased the readership of each of these papers beyond their traditional boundaries, the problem was that these newspapers could no longer enjoy what amounted to a monopoly in their communities. With a universe of alternative ways for advertisers to reach readers, profitability has declined sharply. To survive, many newsrooms are focused on coverage that drives mass readership, leading them to trim the kind of reporting that the founding fathers sought to protect with the First Amendment.

A notable example was the Times’ decision to shift reporting and editing resources to entertainment, marketing itself as the paper of “Hollywood” with more coverage of popular culture and subjects traditionally the domain of trades like Variety and The Hollywood Reporter. Meanwhile, old-fashioned beat reporting took it on the chin.

This switch in priorities was underscored by the Ford Foundation’s surprising decision two years ago to abandon its almost exclusive focus on nonprofits and give the Times a $1 million grant to cover subjects that once were considered central to its core purpose—ethnically diverse neighborhoods, immigration, and a crisis in state prisons.

The importance of popularity contests was visible on the television monitors all around one newsroom (that of an established Southern California paper with a reputation for serious reporting) I visited recently as a media consultant. Those monitors that once displayed breaking news posted the names of stories in order of the amount of web traffic each was generating. The more readers, the higher the stories appeared on the display; the fewer readers, the lower they would go. Eventually, the least popular (many dealing with serious, less sensational topics) would fall off the screen—a not too subtle message to reporters and editors.

One would hope that this unsettling trend at least is rewarding newsrooms with a financial lifeboat. But, in a cruel irony, the financial payoff from each reader’s click is actually declining in value as the supply of websites available to advertisers continues to grow.

There are few, if any, news-oriented websites here in Los Angeles—or just about anywhere in the nation—that turn enough of a profit or are likely to do so in the foreseeable future. It’s a struggle for even nonprofit newsrooms to raise sufficient charitable contributions just for operating costs.

One publisher who is having some success filling the void created by the shrinking fortunes of other Los Angeles newsrooms that cover education, immigration, and other traditional mainstream news topics is Aaron Kushner. An entrepreneur who has built and sold several companies, Kushner bought the Orange County Register two years ago and has been on a tear to expand his reach across Southern California. His secret formula, of all things, is print.

While a recent round of layoffs and reports of financial problems have raised some questions about his ability to sustain his plans, Kushner has added more than 100 reporters to his newsrooms, created two dozen new print sections, launched a new daily paper in Long Beach, and purchased the Riverside Press Enterprise. He also is planning a new publication in Palm Springs. In his most audacious move, Kushner has announced an expansion into Los Angeles where he will take on the Register’s larger and more powerful neighbor, the Los Angeles Times.

In fact, Kushner has emerged as one of the most likely candidates to buy the Times, once the Tribune Company completes a controversial plan to split its newspapers from its more profitable television stations.

Tribune already has stripped the Times of many of its most valuable assets, including its building and much of its profit-making Internet revenue. It also has centralized many of its business-side operations in Chicago. But Kushner’s Register already possesses the advertising, circulation, and other infrastructure that would have to be restored under a new owner. That means he could acquire and run the Times more cheaply than some other buyers. His move into Los Angeles looks to me like a trial balloon and an attempt at an early foothold in the market before bidding on the Times.

The public radio station KPCC has also dramatically expanded its fundraising to build a large web newsroom in an attempt to take over some of the real estate left by a retreating Times. The effort has helped propel the station’s web traffic, but it remains well behind the Times. In part, this is because KPCC’s brand is so associated with radio that people don’t see it as their likely source for web-based news.

The station’s efforts have had an unintended impact that may be even more important: They have soaked up so much of the charitable funds available in Southern California for news that other nonprofit publishers will find it ever more difficult to raise money.

None of this has discouraged some nonprofits from entering the fray, among them USC’s Annenberg School for Communications Center for Health Reporting; the Berkeley-based Center for Investigative Reporting; and the Voice of San Diego, a lean news website that began covering local government and politics nine years ago and has expanded to include education and neighborhood development.

But with these and other startups, their sights remain narrow and cannot make up for the loss of broad coverage of Southern California, its communities, and its government.

My own sense is that the future of news in Los Angeles lies in a crazy quilt of much less powerful newspapers, some publishing exclusively on the web, along with a growing number of narrowly focused websites. Few readers will get their news in the way they have for many decades, in packages that cover subjects ranging from local schools to national politics, and from global movements to entertainment and lifestyle here at home. It will be up to the public to assemble their own worlds from these disparate sources and become as narrowly or as broadly educated as they choose.

What has been lost in the media meltdown is the “town hall effect” for which powerful newspapers were once known: an ability to gather huge audiences and create a consensus around the issues that shape our collective future. Even if these worthy news experiments bear fruit, we are unlikely to return to those times.