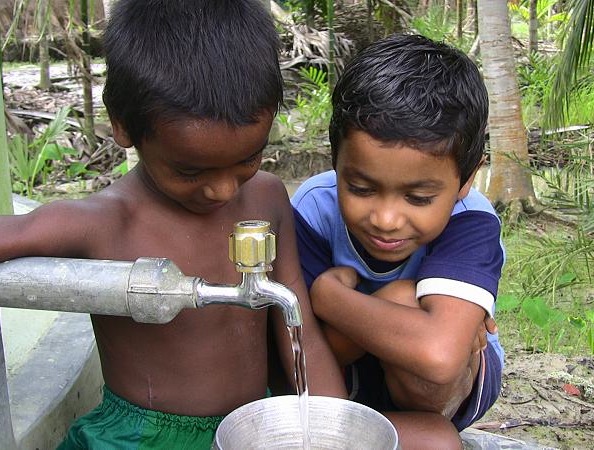 Shortsightedness and a lack of long-term planning

In some parts of the globe, people trek on foot for miles every day for clean water to carry home in heavy tanks. In many developing counties, toilets are scarce and wastewater management is non-existent—an estimated 2,200 children die every day as a result of diarrheal diseases.

Access to safe and clean water is a universal human right, according to a 2010 United Nations resolution. But access to that right is far from universal. Though global leaders and philanthropists have spent trillions of dollars on infrastructure and services, nearly 770 million people use unsafe drinking water sources. And 2.5 billion people—over a third of the world’s population—don’t have access to a toilet. In advance of the Zócalo/Occidental College event, “Will We Ever Have Clean Water for All?”, we asked water experts: Why have so many high-profile, expensive efforts to improve the global distribution of clean water failed?

Improving access to clean water on a global scale is a challenging task that requires a holistic, systematic, and coordinated approach. The majority of populations that lack access to clean water are in developing countries, rural areas, urban slums, or informal settlements. These places require not only financial and technological support, but also assistance to build their management capacity. Projects to improve global access to clean water that have failed to consider project management and long-run sustainability have often ended up abandoned or in disrepair.

Previous efforts concentrated more on getting water from good sources but less on sanitation improvement. The lagged improvement in sanitation compared to drinking water can partially offset the achievement of efforts to improve access to clean water. In addition, many water initiatives have taken a narrow, supply-side approach—delivering water to existing settlements regardless of location—rather than working jointly with urban or development planners to encourage settlements in areas with better access to water.

Dr. Yong Jiang is a senior lecturer in water resource economics at the UNESCO-IHE Institute for Water Education. He is currently involved in education, research, and capacity-building related to water and environmental issues in developing countries.

Water policies that promise to help the poor often help the rich instead. In 1999, a crooked private water company with plans to lower rates for the poor in Cochabamaba, Bolivia replaced an incompetent public water company. Within five months, the private company was thrown out, and the poorest people in Cochabamba continued to pay sky-high prices for water.

Water distribution isn’t fair in Los Angeles, either. Residents pay one price for the first units of water they use (100 cubic feet or 748 gallons). They pay an extra $1.11 per unit if they use more than their “cheap” allotment. This policy may seem fair (charging water hogs more)—but the bigger your lot size, the more lower-priced water you get. And the Los Angeles Department of Water and Power doesn’t take into account the number of people who live in your house.

If you live in a large house with landscaping in Beverly Hills, you can buy 58 units of cheap water in winter and 102 in summer. But if you live in a small house in nearby Compton, you can only buy 28 and 36 units, respectively, before facing higher prices.

Clean water should go to people, not lawns. LADWP could improve matters by either ending block pricing (my preference) or by allocating a few cheap blocks for two people, with a policy that allows larger households to get more cheap blocks if they show how many people live there. Angelenos deserve better water service than the poor get in Cochabamba.

David Zetland received his Ph.D. in agricultural and resource rconomics from University of California, Davis in 2008. He blogs on water, economics, and politics at aguanomics.com. His next book, Living with Water Scarcity, will be published in March 2014.

Shortsightedness and a lack of long-term planning

Our shortsightedness often prevents us from instituting the bold, long-term solutions necessary to ensure an adequate supply of clean water in drought-prone regions of the world. Whether it’s the Horn of Africa, Western Australia, or California, we tend only to focus on drought “in the moment.” When it’s dry, we rally emergency aid to hungry and thirsty populations, ration water, and compensate farmers for their losses. But as soon as it begins to rain, we turn to the next crisis and forget to follow through on investments that could make us ready with abundant clean water for future droughts. I call this “drought-amnesia.”

California represents a sobering case study of this affliction. We have spent billions over the last century to build one of the world’s most expansive dam and canal systems. And yet nearly 20 communities in California are at risk of running out of clean water, farms are fallowing, and fish and wildlife are suffering.

Droughts are a fairly common occurrence in California. We’ve had one in every decade since the 1970s. But when the rains come, we forget to take the big meaningful actions necessary to prepare for the next drought.

There’s good news: we have an opportunity to avoid drought-amnesia by taking these dry times as a wake-up call. We should save water in wet years and establish rules to manage our groundwater in conjunction with our surface water. We should optimize how we use our massive plumbing system—we tend to operate it in piecemeal. We should protect and restore the mountain ecosystems from which most of our water originates. And Californians should reduce, reuse, and recycle water as a matter of course. California is a leader in many ways. It’s time for us to be a leader in water.

Brian Stranko is the water program director for The Nature Conservancy of California. He has been at The Conservancy for five years and has been working on water and conservation issues for over 15 years with prior experience as the executive director at California Trout and in positions at National Geographic and the Millennium Institute.