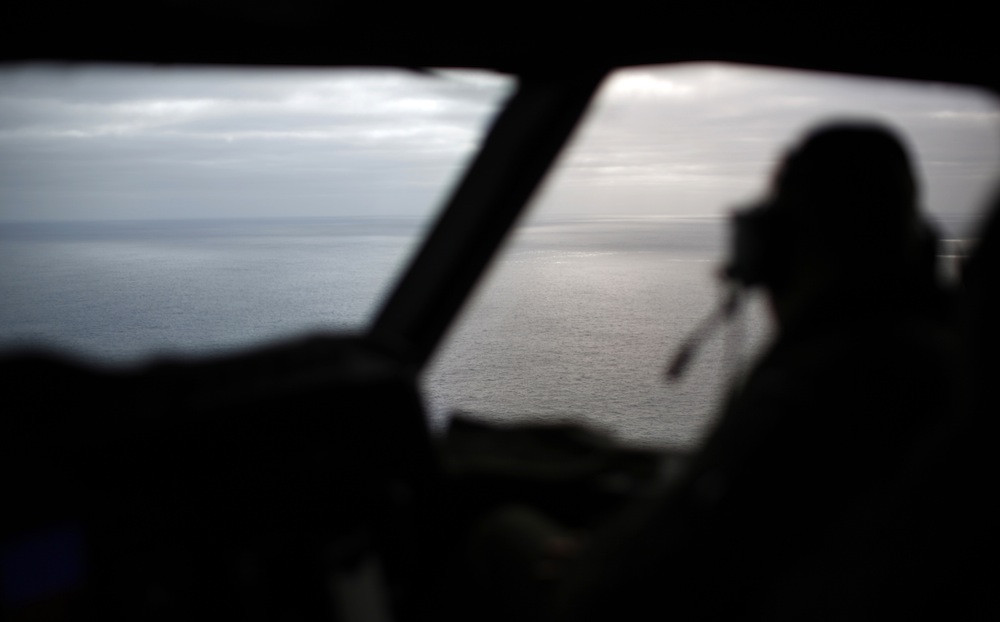 Cape Leeuwin represents the southwestern-most point of Australia. Five years ago last month I stood atop its lighthouse, looked at the hostile sea state at the confluence of the Southern and Indian Oceans, turned to my wife and softly muttered, “No, thank you.”

She and I have spent recent years sailing our boat more than halfway around the world, including a three-week trip across the Pacific Ocean from the Galapagos to Fatu Hiva in the Marquesas Islands in French Polynesia. When we tell people this, their first question most often is either “Isn’t that dangerous?” or “Do you get frightened out there?”

While the answer to the latter is “most definitely,” the less dramatic truth is that, up to the day of our Cape Leeuwin visit, our voyage largely had been uneventful. By that time, we had sailed as far as New Zealand and finished up what’s considered among sailors to be the Pacific crossing. “Pacific” means non-violent, non-aggressive, and that’s what the ocean had been. If you ask me, the primary skills needed for a Pacific crossing are: (1) the absence of ADHD, agoraphobia, or a short attention span, (2) a very high tolerance for sunshine, heat, sleep deprivation, boredom, and body odor, (3) an ability to persist without fresh fruit or vegetables, and, most importantly, (4) the ability to avoid falling off the boat, which is something just about anyone can manage with ease.

We’d gone to Western Australia on a side trip to visit friends, and after a cross-country train ride and a short flight from Sydney, we soon found ourselves back aboard Spectacle in her berth at Bay of Islands Marina in Opua, New Zealand. As we prepared for our Tasman Sea crossing to Sydney, we were well aware that this was likely to be far less pacific than previous legs and almost surely the most intense sailing we would ever do.

Unless you are a sailor, you might be unaware that, in general, ocean conditions tend to be less threatening the closer one is to the equator (this presumes that you have managed to avoid hurricane season which, mercifully, remains predictable). You will note that the bottom half of Australia is nowhere near the equator. Pretend Australia is a clock with the base of the hands somewhere near Ayers Rock; if you are offshore anywhere between 3 and 9 o’clock, you are doing something that can become very dangerous very quickly.

Indeed, not a single other sailor we met was planning a trans-Tasman crossing. They all were headed north to Tonga, Fiji, Vanuatu, or New Caledonia, but we couldn’t pass up the chance to breeze into Sydney Harbour on a sunny afternoon with our quarantine flag up and the Stars and Stripes off the stern, waving at the flotilla of friendly Aussies who surely would greet us with offers of “barbies” and stubbies of VB (barbecue and beers) as they escorted us in. It’s not sailing around the world if you don’t sail into Sydney Harbour, right?

In an attempt to be at least somewhat cautious, we vigilantly monitored weather forecasts. With the luxury of ample time to wait, wait is what we did; more than three weeks passed without a proper window. Finally, the forecast cleared (“Today’s the day” confirmed one of the region’s leading meteorologists, who shall remain nameless), and we were off.

Joined by our friend Ryan, we left mid-morning. As we sailed up the eastern coast of far northern New Zealand, things were perfectly pleasant. We rounded Cape Reinga overnight and spent the rest of the day in cooperative conditions. But as night fell on day two, so did the temperature and the barometer, and as we left the lee of New Zealand, the wind began ramping up.

As the sun rose on day three, we found ourselves about 200 miles west of New Zealand with strengthening winds coming from the south-southeast and seas starting to build. The obvious plan was to press on and hope things would remain fast and bumpy but manageable.

By 4 p.m., I had seen gusts up to 66 knots (76 mph) on our wind indicator. For some perspective, a Category 1 Hurricane has sustained winds of 64 knots. And when the wind indicator hits 66, there’s nothing to tell you it won’t be at 80 in half an hour. We had hours at a time with wind in the upper 40s, and repeated five to 10 minute spells in the 50s.

Wind itself isn’t dangerous to a sailboat, but wind creates waves, and waves can be very dangerous. The biggest threat is being knocked down sideways by a breaking wave (as happened to Robert Redford’s hapless seaman in the film All Is Lost). So long as a breaking wave is as tall as your boat is wide, it is capable of knocking you down if it hits you from the side. Our boat is 14 feet wide, and these breaking waves were much bigger than that, making loud, crunching, cringe-inducing noises as they beat down on our port quarter.

What followed were five days of medium-intensity terror. No showers, no meals, no sleep—just a focus on keeping the boat heading in the right direction and the hope that things wouldn’t get any worse. We took a hit from a rogue wave that effectively submerged the entire boat, creating 15 to 20 seconds of the eerie, muffled soundtrack of a scuba dive and leaving a small squid on top of our sunshade, which sits about 14 feet off the surface of the water. We blew out two sails and had to scamper over the pitching foredeck to get them down and back into the boat. One of the sails was described by the repair shop as “looking like someone took a shotgun to it.”

We learned later that a better boat helmed by a much more experienced sailor sank in the same storm to the north of us. After eight days, we made it into Sydney Harbour—in the middle of the night, sleep-deprived and shell-shocked, with even the lights of the Opera House switched off and no welcoming committee beyond the graveyard shift at the customs wharf. We did have an ample supply of beer—needless to say, it hadn’t been touched.

As bad as this was, the area off the other side of Australia where Malaysia Airlines Flight MH370 may have crashed into the sea is significantly more dangerous. The search area last week was 400 miles further south, in the “Roaring Forties,” the persistent strong westerly winds found between the latitudes of 40 and 50 degrees in the Southern Hemisphere. The Roaring Forties and the waves they create build unobstructed all the way from southern Argentina.

Abby Sunderland found this out the hard way. The American teenager, who was attempting to set the world record for youngest solo circumnavigation, was sailing through the neighborhood of the MH370 crash in June 2012 when winds of up to 60 knots and huge seas resulted in multiple knockdowns. Her boat lost its mast, ending her quest and necessitating a rescue by the Australian coast guard.

So it should come as no surprise to anyone that search efforts for MH370 are proceeding in fits and starts. Gale-force winds and their accompanying high seas made it effectively impossible for surface vessels to even begin the hunt for the crash site and the black boxes. The search site moved 600 miles north a few days ago, but that site is still more than 1,000 miles from Perth, itself one of the most remote cities on planet Earth.

So while I subscribe to the conventional wisdom that eventually some identifiable debris will turn up, I’m deeply doubtful that anything truly explanatory—such as the flight data recorders—will ever be found.

We’re told that if they don’t find the black boxes in the next two weeks, the batteries in their underwater locator beacons will expire. With such limited time, a search area so far from land and so vaguely defined, and with waters ranging in depth from about 3,500 feet to six times that, it’s hard to imagine that we will ever know what really happened to MH370. But the search will go on. As you follow along, spare a thought for the poor buggers who, somewhere over the Cape Leeuwin horizon, are out there being battered by one of the world’s angriest oceans.