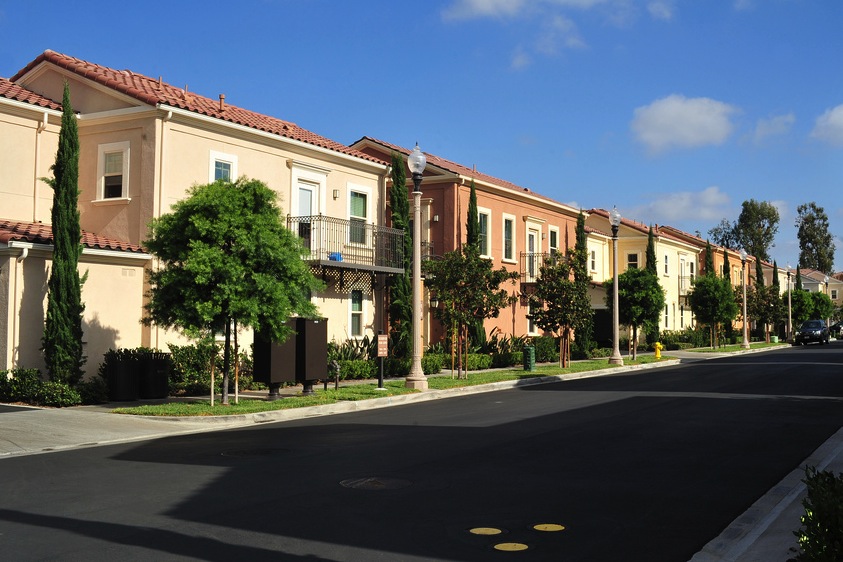 I grew up in Westpark, the neighborhood between Culver and Warner avenues a few miles north of where the 5 and 405 freeways meet. My first-grade classroom and my undergrad lecture hall at University of California, Irvine are only about 4 miles apart.

“Don’t you want to leave? Why didn’t you go away for college?” people ask when they hear that I got my bachelor’s degree last year from the university in the same Orange County city where I grew up.

The simple answer is: I like Irvine. Irvine is green every day of the year. Potholes don’t exist, and power lines are neatly tucked underground. The cops sitting on street corners catch rolling stops, because what else is there to do? Fight crime in one of the safest cities in America? There is but one registered sex offender for every 9,533 people living in Irvine; the rate in nearby Los Angeles is eight times higher. Irvine also has a central, convenient location—my family’s house is 3 miles from the 5 Freeway, 2.6 miles from the 405 Freeway, and 5 miles from John Wayne Airport. Irvine was (and still is) the perfect suburb to settle down in—a nice slice of sterile reality.

My parents moved here 15 years ago for all of those reasons. Plus, they felt that purchasing a house in Irvine was a better investment than staying in Orange, where they had bought a smaller house as a stepping stone up from their small Long Beach condo, and sending my little brother and me to private school. Irvine at the time was wrapping up a development boom: The city was still building the new neighborhood school when we arrived, so I spent half a year at College Park Elementary School before starting second grade at the brand-spanking-new Plaza Vista School.

I admit I live in a bubble. For the longest time, I fed people excuses about why I haven’t left. “I only applied to UC Irvine because I wanted to live at home,” I’d say. And if they were really interested I’d add, matter-of-factly, “Because I didn’t get in anywhere else.” That’s a lie, but people accept the answer: They can’t understand why the city of Irvine is, in and of itself, enough of a reason for me to stay for, and now beyond, college.

Many Irvine residents, especially college students from out of town, feel suffocated by the repetitive faux-Cape Cod- and Mediterranean-style communities. The nightlife is nonexistent, and even the stores feel redundant, with two Targets less than 2 miles apart. But what some see as a lack of character is to me a chance to search for one. Being boring is a character—and one that a lot of people seem to relate to.

There was this house party in college where someone made a constipated face when I told her that I religiously watched The Real Housewives of Orange County on Bravo. (The show is centered in Coto de Caza, a private community in southern Orange County, but they have filmed at the Irvine Spectrum outdoor mall from time to time.) While The Real Housewives franchise has expanded to include New York, New Jersey, Miami, Atlanta, and Beverly Hills, Orange County is the star branch. Unlike New York or Beverly Hills, where landmarks are their own kind of celebrity, writers have to pull something extraordinary from the ordinary in Orange County. A scene at a Happy Nails salon at the Irvine Spectrum leads to an intense narrative between a mother and daughter over what to do about prom night, which is something anyone in any suburb can relate to.

People seem to assume that this kind of boringness makes me ill-equipped for the world outside. It didn’t. Irvine made me curious. And not in the Disney Princess Ariel kind of way, where the world is full of rainbows and sunshine, but in an “I have to poke at the world” kind of way.

It requires me to dig a little deeper and ask better questions. On Friday nights, I have to get off my ass and look for experiences outside of Irvine, whether it’s getting lost in the one-way streets around Colorado Boulevard to find the Green Street Tavern in Pasadena or waiting in line till 1 a.m. for M&M’s glorious blueberry doughnuts in Anaheim.

And then there’s my interest in unconventional career paths. The folks in my neighborhood all have conventional jobs: teachers, accountants, real estate agents. The story of people following their passions felt like a myth in a land where SAT test prep is a big business and art classes were simply a hurdle between my high school diploma and me.

For my journalism workshop project in college, I talked to a Buddhist monk, Bishop Daigaku Rumme, who was the son of a Christian missionary. I learned that, in grade school, his family moved to Japan so his father could spread the word of God. But Rumme, who went by David then, didn’t understand why the Japanese needed saving when at home in America the civil rights movement and the Vietnam War needed attention. So after graduating from college in the U.S., he moved back to Japan and entered a Buddhist monastery. I read through the books Rumme wrote, watched YouTube videos of life at the monastery, and spied on his Iowa college campus on Google Earth. I drove an hour through downtown L.A. traffic to meet him in Little Tokyo on four hours of sleep during midterms, and I had to find the guts to ask him if he still didn’t believe in God. It took me eight weeks of hard work to learn what it means to live with passion.

But now I’m ready to leave. As a fresh college graduate without debt or mouths to feed, it’s time for me to take a jump and experience a few face-plants while I can still rebound. I want to meet more people with unconventional passions, and I want to see what trouble in the city looks like. I’d like to start with the closest metropolis—Los Angeles, just 50 minutes away. I want to learn to travel on a public transit system and also master the freeway traffic at rush hour. I want to know what it feels like to live in a city with nightlife that makes you hide from the daylight, and I want to be able to eat a fantastic burrito from a different taco truck every day of the week.

I’m not trying to escape Irvine. I don’t think a person has to leave Irvine to understand the world. But Irvine has made me comfortable with being uncomfortable. So when someone asks now, “Don’t you want to leave Irvine?”, I say yes, but not for the reasons you might expect.