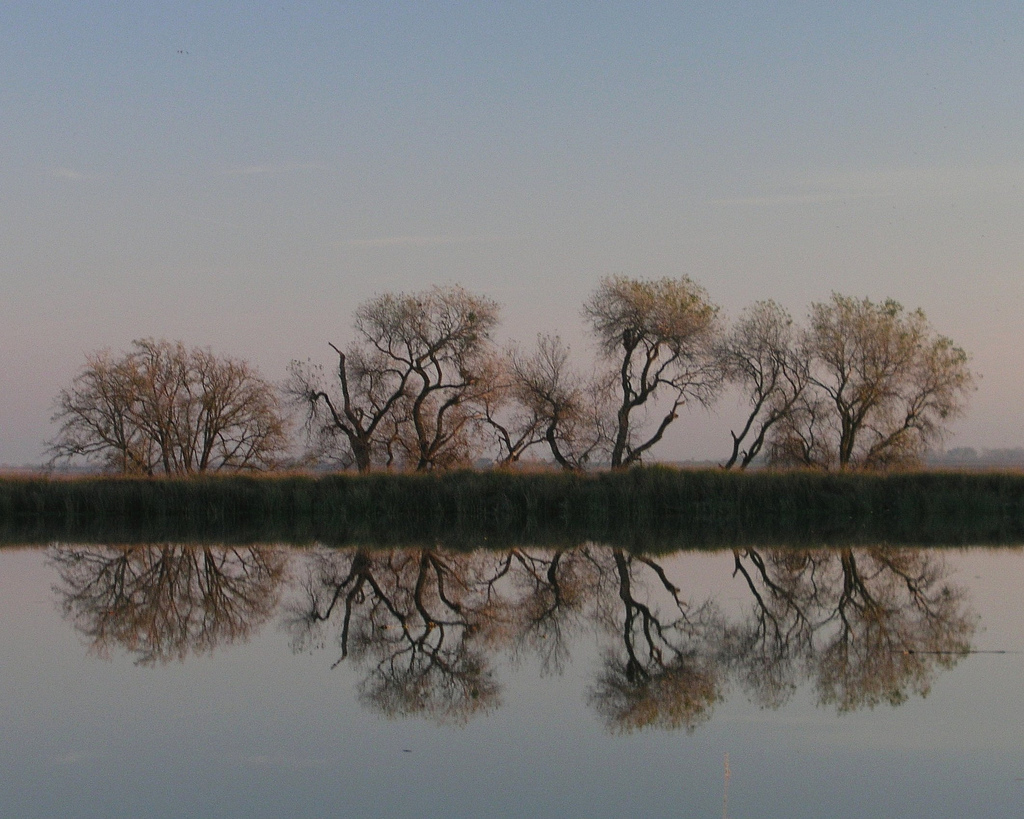 When you’re faced with two different thorny problems, sometimes the best way to make progress is by combining them. I’m talking to you, Jerry Brown.

Your first problem involves water. Residents of the Sacramento-San Joaquin Delta—California’s most vital estuary and source of water—fiercely oppose Brown’s plan to build tunnels that will divert water from north of the Delta to provide more reliable supplies to San Joaquin Valley farmers and Southern California. Their opposition is based on fear. In the short term, they fear construction of the tunnels will disrupt their lives. In the long term, they fear that the tunnels, by allowing other parts of the state to bypass the Delta, will lead Californians to forget the Delta. A forgotten Delta, they fear, will slowly die under the stresses of climate, habitat loss, and encroaching salt water from the San Francisco Bay.

Delta folks are likely to fight and sue to block the Bay Delta Conservation Plan and the tunnels it would create indefinitely—unless something dramatic happens to change the conversation. When you ask people in the Delta what would inspire them to conversation and negotiation, they say they need more than promises. They will only consider supporting plans that include “physical assurances”—the placement of water infrastructure that ensures the Delta will not be bypassed and that its health will remain a cause of concern for all.

That brings me to the second, seemingly unrelated problem. It involves housing—for governors. Yes, Governor Brown personally keeps a loft apartment in Sacramento near the Capitol. And then there’s the state’s Leland Stanford Mansion, a 19,000-square foot Victorian in Sacramento that serves as the governor’s official reception place. But California, unlike most states, has no official gubernatorial residence. Efforts to create one have foundered for years.

This failure is now an opportunity. Why not offer Delta residents a very clear and timely “physical assurance” that they won’t be forgotten by establishing an official governor’s residence in the Delta?

The idea may seem humorous or provocative, given the hostility of so many Delta residents to Brown and his tunnels. But I mean it seriously. Governor Brown, people in the Delta couldn’t accuse you of abandoning the Delta at the same time you were moving there. And living there would offer an opportunity to engage residents firsthand—and get the ground-level understanding necessary to make Delta plans acceptable to people living in Delta communities.

Beyond today’s debate about water, there are benefits to turning California governors into Delta residents. Politics is often too fast-paced for the minds and bodies of those who practice it. But the Delta is a peaceful mix of river towns, islands, levees, and sloughs—a natural refuge. It’s also not too far from the governor’s office. The commute from the Delta town of Clarksburg to the Capitol is shorter, according to Google Maps, than the commute from the monstrous Casa de Los Gobernadores that the Reagans built (and Brown abandoned) in the Sacramento suburb of Carmichael.

Clarksburg is a nice town that produces a great deal of good wine—which could be a comfort to future governors when their job approval ratings take a dive. But Clarksburg is hardly the only good option in the Delta, a diverse place with 1,000 miles of waterways and a half million people. Walnut Grove, just a few minutes south of Clarksburg, is also close to the Capitol and has several large homes that would suit a governor. A place near the proposed tunnels would also be fitting, as a demonstration that the governor is ready to live with any disruption caused by construction or water diversions.

But taking over an existing house wouldn’t be as interesting, or as educational, as building a new one. (Yes, building a brand-new governor’s mansion seems like an extravagance, but the famously cheap Brown could get away with it.) Floods are a part of life in the Delta, and a host of environmental regulations govern construction. Many Delta homes are built high up on stilts. Wouldn’t it be cool—and a teachable moment—if the governor’s place were an eco-friendly, regulatory-compliant residence built high above ground?

When I tested out my idea of relocating the governor to the Delta on recent visits there, I got no shortage of cheeky suggestions for where to build a gubernatorial mansion-on-stilts. One person would love to see Brown in a house-on-stilts on Staten Island—a crucial Delta habitat for sandhill cranes that is owned by the Nature Conservancy. A few Delta residents suggested Isleton, a dysfunctional town where a former police chief bought guns on credit for his small department with the expectation that a future marijuana farm would provide the revenues to pay off the debt. (It didn’t work out.)

But other residents were more serious. My favorite suggestion was placing the residence in or near the historic small town of Locke, built in 1915 by Chinese immigrants who were forced to leave Walnut Grove after a fire destroyed their neighborhood. Locke has preserved its historic main street and has a couple museums (including one devoted to gambling), which help it to retain a special charm and a sense of the Delta’s rich history.

Delta folks do like to battle public officials, but they’ve been proud to count those who have chosen to live in the Delta—like Congressman John Garamendi and Secretary of State Debra Bowen—as neighbors. But requiring the governor to live in the Delta would send a profound message, and not just to Delta residents mad about today’s water infrastructure plans.

Such a move would demonstrate to all Californians that our water comes not from a tap but from real communities. It would emphasize that California’s future, as an economy and a place, lies in environmentally minded development.

And it would be a reminder to our leaders that reckoning with the challenges of climate change, water, and natural disasters is not merely part of the job—it’s something that they should live with, every single day.