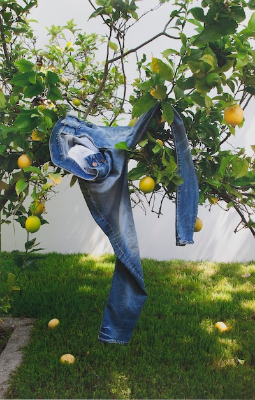 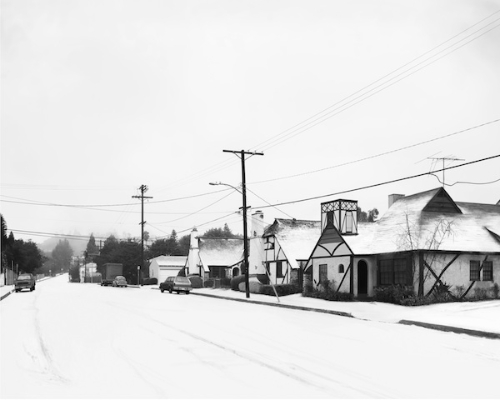 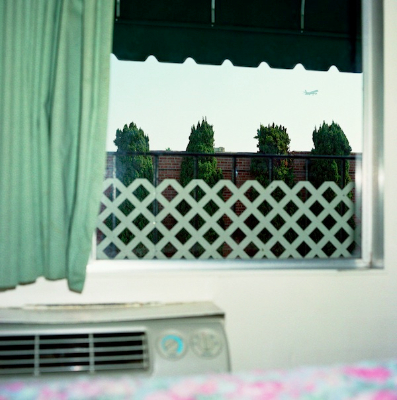 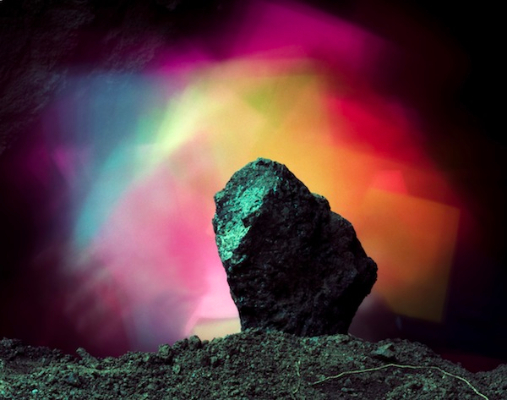 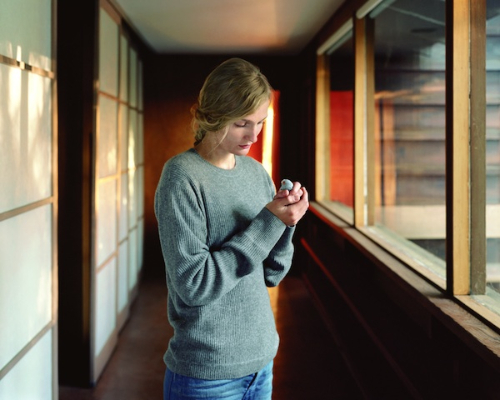 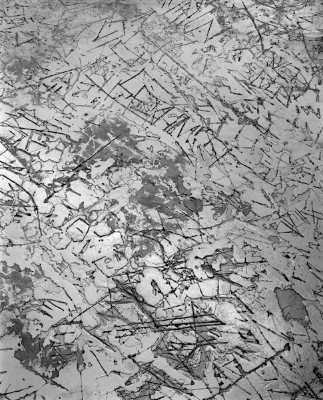 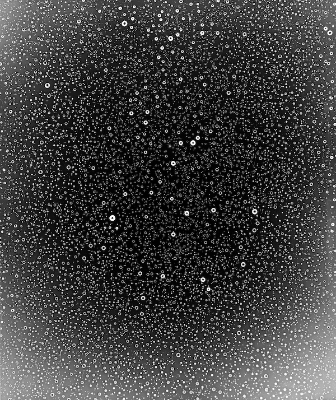 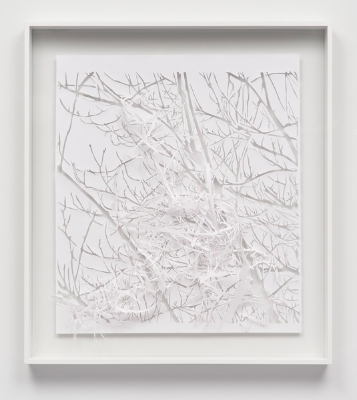 Soo Kim, And whenever one wishes one may return to it, 2014, Courtesy of the artist & Angles Gallery 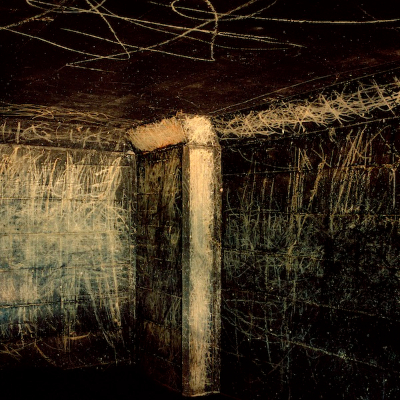 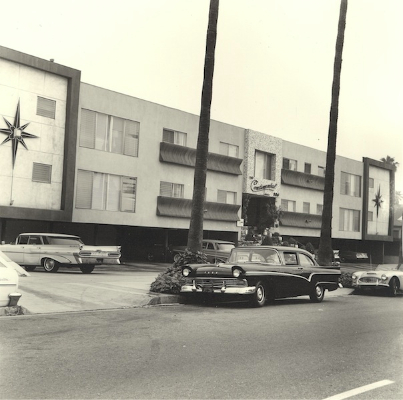 Ed Ruscha, The Continental, 1965/2003, Courtesy of the artist & Gagosian Gallery 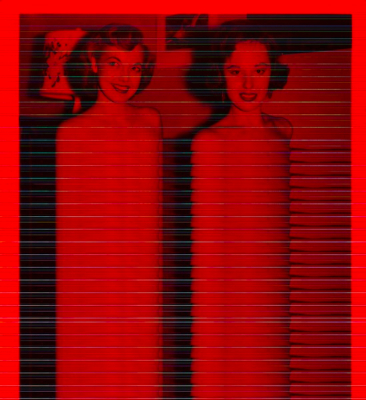 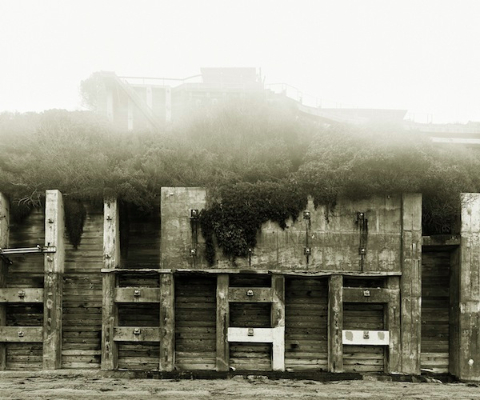 La Brea Avenue covered in snow? That’s just one unfamiliar—and improbable—view of Los Angeles on display at the Von Lintel Gallery in Culver City, along with an airplane flying nearly out of frame from an LAX motel window and a pair of blue jeans hanging from a lemon tree.

Florian Maier-Aichen’s La Brea Avenue in the Snow creates a scene that stops people in their tracks. They look back and forth from the manipulated photograph inspired by an historical photo to its title—trying to understand what they’re seeing, said Dana Sorman, the Von Lintel’s gallery director.

The gallery just relocated to Los Angeles this year and “Lay of the Land” is its first exhibition. The instinct to do a double take happens with much of the work on display, which aims to offer a variety of perspectives on both L.A. and the art of photography.

The manmade Bronson Caves in Griffith Park are featured in the photographs of Brice Bischoff. He set up long exposures and recorded his movements with reams of colored paper to create a blur of color—an homage to the scores of Hollywood films made in those caves over the last 100 years.

Other works take a more straightforward approach but still offer a rich perspective on the city. When she photographed mini-malls at dawn on Saturday and Sunday, Catherine Opie sought to avoid their usual buzz of activity. Rather, she allows the mini-mall’s shop and restaurant signs to tell us about the neighborhood.

In photos taken from the windows of motels near LAX, Zoe Crosher explores the airport as what she calls a “non-center”—a metaphor for a sprawling city.

L.A. may lack a center but it does have a burgeoning art scene. The energy and growing community of artists here prompted the Von Lintel Gallery to move west after 15 years in New York City.

“It used to be that you had to move to New York City to begin your career as an artist,” said Sorman. “Now L.A. is where people are looking for what’s next.”

The Von Lintel Gallery’s “Lay of the Land” exhibition closes on May 10.