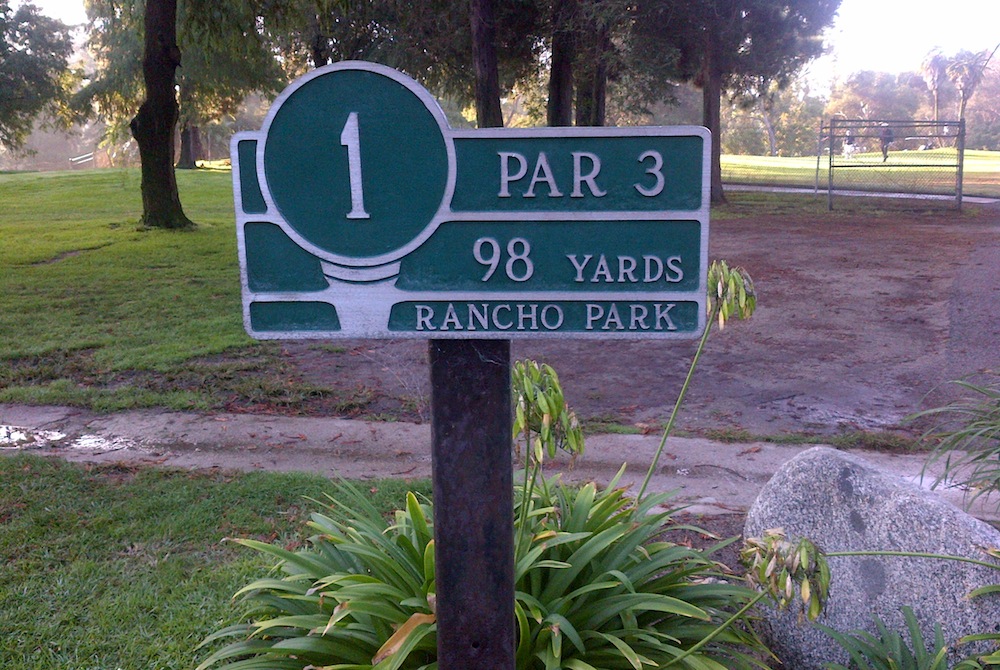 When I was starting out at my first law firm about two decades ago, I noticed the young male associates were invited to poker games where scotch was consumed and cigars were smoked. I wanted no part of that, because scotch and cigars aren’t good for you. The male associates were also invited to join the partners in golf foursomes during firm retreats. Presumably, the women couldn’t play and would spend their time at the spa, and there was only one—one—female associate who was sought out for a foursome. She had played golf in college and was the only woman deemed worthy to join the firm’s power brokers for four hours or more of networking.

For a long time, golf was just plain intimidating to me, with its expense, its dress code, its rules and regulations, and its largely male clientele. (Only two years ago did Augusta National, the home of the famed Masters Tournament, begin admitting women members.) Because I felt indignant that women at my law firm were being excluded from valuable networking time with the firm’s partners, I began taking learning the game to help my career as it started out. My husband, an excellent golfer who has played all his life, gave me some lessons. I’ve also taken a few lessons at some very fancy courses (Pebble Beach, Spyglass Hill, Spanish Bay), paid for by one of the law firms I worked for in the past. My commitment to the sport flagged until a few years ago, when I picked up golf again. My husband was teaching our two children to play, and I wanted to improve to the point that we could play as a family for years to come. I needed a place to practice and improve. And I wanted a place that was friendly.

I started going to the Rancho Park Golf Course (RPGC), a municipal golf course at the intersection of Pico Boulevard and Kerwood Avenue, in 2009 after many years of passing it on walks through my neighborhood. In addition to a traditional 18-hole course, it offers a nine-hole, par-three golf course that is public. Anyone can play, no matter their level of proficiency, first come, first served. Unlike other golf courses in the area that in the past were exclusive in every sense of the word, players are welcome regardless of race, creed, or religion. Rancho was originally a private club, Rancho Country Club. Since it was incorporated into the Cheviot Hills Recreation Center in 1947, it has welcomed players without discrimination.

The course has some patches of brown and may not rival the nearby Hillcrest and Los Angeles country clubs in terms of precisely manicured greens and other amenities, but it is nonetheless lovingly cared for with customary mowing, watering, and aerating services. And it good enough for both proficient golfers tuning up their short game and beginners getting in a quick round before work. Regulars of all ages play weekly, if not daily. With its low greens fee (for the nine-hole course, it’s $7 for adults, $5 for players under 18) and lack of crowds early on a weekday morning, the Rancho can quickly become addicting.

If there isn’t a chatty foursome in front of you, the entire course can be completed in about an hour—even on a Saturday or Sunday morning. Stay away on holiday weekends. Monday through Thursday mornings, you’re likely to have the course to yourself. You’ll probably only be joined by the many squirrels on the grounds, and occasionally, you will encounter Chester. He’s the resident coyote who lives on Rancho’s 18-hole course, but he sometimes wanders over to our more modest course, scampers around to make his presence known, and is then guided back through the fence by a groundskeeper.

When I first starting going to the course, I usually went by myself. But I quickly met a group of regulars from all walks of life (whom I still see either on the course or as I am taking a run around the park). There is a Latino man in his mid-50s who cuts hair and works as a restaurant host at night. Another regular I know is an Anglo woman who appears to be in her early 60s and recently became certified as a registered nurse. A group of older, friendly African-American gentlemen always assure me I don’t need to hurry because I’m not holding them up. We all talk about golf and how long we’ve been playing, but I talk with a few regulars about our children, too. Carrying my clubs across the green, I often hear my name being called over the squeaking brakes of the buses on Pico or the sirens of the fire trucks leaving the station down the street. (You can’t expect the traditional silence when you’re teeing off here—but the noises are a charming reminder that you’re in the middle of a major city.) I laugh to myself as I return a shout-out and a wave to my RPGC buddies. I never seem to run into my fellow Rancho enthusiasts anywhere outside of the course.

After playing for about six months, I mustered the courage to join a group of fellow mothers from the neighborhood who meet up once a month to play. I have progressed to the point where I am one of the more faithful and skilled players in the group. I now proudly consider myself a regular at Rancho, going on average once a week in the morning right after I drop my kids off at school and before I start my day at my office. I enjoy chatting with Hop, Gary, or any other marshal on duty who makes sure the course runs smoothly. I admire the way Natalia manages the flow of cars in and out of the course’s parking lot, steering the golfers one way and the students from Temple Isaiah across the street another way, greeting the children by name and keeping them safe. I’ve heard it said that things just don’t work as well when Natalia has a day off.

There’s no place I’d rather be on a weekday morning than the Rancho Park Golf Course. It makes me appreciate living in Los Angeles, not only for the beautiful weather, but also because the city cares about its parks and municipal golf courses. While I haven’t necessarily gained entrance to any all-male golfing groups in my professional life, golfing has opened other doors. I’ve developed friendships at Rancho with a number of women whom I wouldn’t have met otherwise. I recently hosted a dinner party for 60 with a golfing friend. I also bought a house without going through a broker from a woman I met at the course. She also happens to have a child who goes to the same school as my children. It makes me happy to see so many women on the course, and I hope to see more girls in the coming years. Whenever I see a father on the course with a child, it’s almost always a father with his son. I’ve been bringing my 10-year-old daughter—she should know that the golf course is also a place for her. Maybe she can form her own networking foursomes some day.

Rancho has helped me become more confident in my golf game. I rarely embarrass myself on the course these days. I even play in charity tournaments here (including a recent one for my children’s school). I often finish a hole right on par and can even make a birdie or two. Recently, I even beat my husband on the course—with only one mulligan.