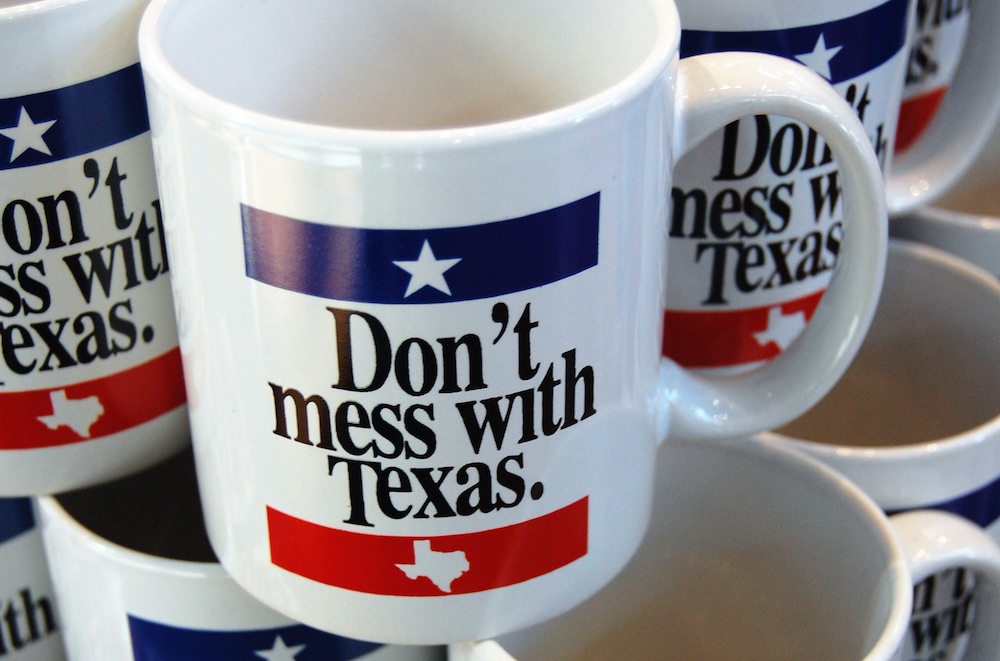 I forgive you, Toyota.

I now know firsthand what it’s like to be recruited to the suburbs of north Dallas, the region that just stole away Toyota’s North American headquarters, and about 2,000 jobs, from the Southern California city of Torrance.

The move—to a property in Plano, on the border of the city of Frisco—has reignited the California-versus-Texas debate: Which large, proud state is the better place to live and do business? Conservatives, who have praised Toyota’s relocation as a triumph, tout Texas as the cheap, wide-open, freedom-loving counterpoint to California’s supposedly stifling, anti-business unionism. Liberals, meanwhile, see California as a progressive, innovative antidote to a polluted, culturally and educationally backward Texas model.

My own trip to north Dallas demonstrated not merely the errors of both sides of the California-Texas debate—but also the fundamental absurdity of comparing two giant states that contain so many vastly different places and regions.

People don’t live and companies don’t locate in a whole state—but in communities within those states. The questions of whether to start a family in San Antonio or Fresno, and whether to expand a business in San Diego or El Paso, are both part of the California-Texas debate. But they are hardly the same conversation.

Which is why I found myself one morning last week in booming Frisco, which takes its name from San Francisco (the destination of the railroad that once ran through town). I’d reached out to city leaders requesting the opportunity to feel the full force of Texas-style recruitment. They responded to my e-mail within minutes. Frisco Economic Development Corporation president James Gandy and director of marketing Darcy Schroer and realtor Jeff Cheney, who is also deputy mayor pro tem of Frisco, met me at a giant office park next to a busy tollway. They gave me an aerial map of Frisco (pop. 140,000) and a baseball cap emblazoned with Frisco’s logo, which, in the spirit of the exercise, I immediately put on my head.

Curiously, my hosts didn’t talk about the usual subjects of the California-Texas debate. They didn’t tell me that my taxes would be lower or that my life would be less regulated. They did talk about the lower housing prices (you can get a very nice four-bedroom home in Frisco for about $300,000), but only at my prodding.

What they talked about most was children—and their education.

They told the story well. Frisco has one of the fastest growing school districts in the country, adding thousands of students every year. Today, nearly a third of residents are kids, and with good reason.

Texas is full of giant high schools that produce huge football teams and bands. But Frisco, at considerable cost, has chosen to limit its high schools to no more than 2,100 students. The smaller school approach reflects a philosophy that every child in town should be “known by name and need.” This strategy had worked. In a 2013 Dallas Morning News list of the best neighborhoods for public schools in the north Texas region, eight of the top 10 neighborhoods were in the Frisco school district.

My recruiters emphasized the lengths to which Friscoans will go to support their schools. Voters just approved a $775 million school construction bond (a comparably sized bond in the Los Angeles Unified School District would be more than $20 billion). Despite public criticism of the bond as too big and risky, the measure passed with nearly 80 percent of the vote.

When we got into a truck so Gandy and Schroer could show me around, I saw quickly that such family-centered investment didn’t stop with schools. Frisco has more than 40 park sites and is in the process of turning some of its most valuable land into a 380-acre centerpiece, Grand Park. There are all kinds of businesses and housing developments—from gated communities to urban apartments. The town has so many athletics facilities for its people that I lost count. Among these is a Toyota Stadium and training fields for the Major League Soccer team FC Dallas—which the public schools use, too.

I could see how Frisco’s faith in growth and diversity would be irresistible to a global company like Toyota. The city website posts a new population estimate on the first day of every month. People in Frisco love to chart their growth, from new fire stations and schools to pieces of public art on display (210 currently, according to the city). The written materials my recruiters gave me declare that Frisco is for you if “You Are Progressive” and “You Are International,” and boast that residents speak 73 languages.

“Is there anything Frisco doesn’t have?” I asked my recruiters after a couple hours in the car. I’m still waiting for an answer.

Frisco’s pattern of development, while rapid, was hardly haphazard. This is not a libertarian paradise. The local sales tax is set at 2 percent—the highest permitted in Texas—and developers must adhere to Frisco’s regulations on everything from signs and landscaping to energy efficiency. The city’s devotion to its five-year comprehensive plans give the place a tightly governed feel that I’ve never experienced in any California community, save Irvine.

Governance and long-term planning might well be Frisco’s greatest advantage over California cities, which lack the autonomy and steady revenues to do this work. Frisco hired George Purefoy as its first city manager in 1987—and he’s still on the job (and his name is on the new city hall). The city’s openness to change encourages civic engagement. While American cities often struggle to recruit citizens to serve on local commissions, openings in Frisco attract dozens of applicants.

When a company moves halfway across the country, the financial incentives get attention. The state of Texas is giving Toyota $40 million for moving, and Frisco’s neighbor city, Plano, doled out a $6.75 million economic development grant plus millions more in tax incentives to Toyota, whose headquarters is just inside Plano’s city limits. But companies can’t just leave to chase a check—they need to have an attractive destination—like these north Dallas suburbs.

California isn’t competing with Texas so much as our communities are competing with the very best communities in Texas, and the rest of the country. Yes, California can be open culturally and avant-garde artistically. So is Austin. Los Angeles is one of the most ethnically and racially diverse cities in the world; Houston, by some measures, is even more diverse. Many California communities will say they put children first, but look at what Frisco does for its kids.

After three hours, Gandy and Schroer wanted to show me even more of Frisco, but I had another appointment to keep. I don’t think I’m moving to north Dallas. It’s not my home. But it’s easy to see how it could be.