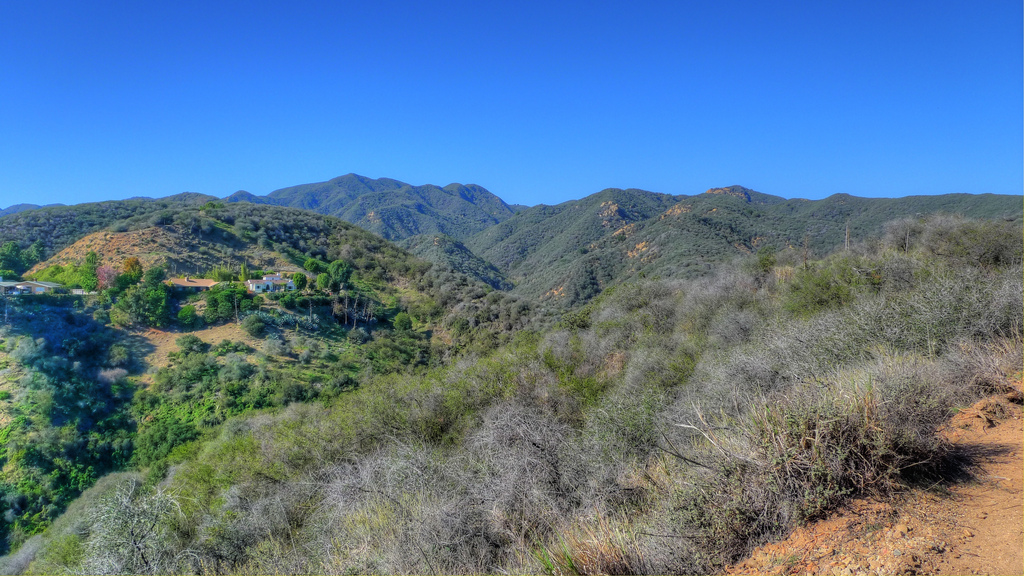 At the time, it seemed just another political dirty trick—a phony newspaper mailed to residents of the San Fernando Valley. But that newspaper, called the Record, turned out to have a longer-lasting impact. Unremembered today, it played a small, colorful part in one of Los Angeles’ greatest environmental fights: saving the Santa Monica Mountains from subdivision developers.

In spring 1971, much of the mountains had been zoned for subdivisions by the developer-friendly Los Angeles City Council and Mayor Sam Yorty. The Los County Board of Supervisors did the same with the mountain land it controlled outside city boundaries.

The late Marvin Braude, then a Los Angeles city councilman representing West L.A., including parts of the mountains, was one of the few fighting the developers and their political allies. But it was tough to beat those powerful forces in a city where growth was part of the civic psyche.

A young lawyer, Joel Wachs, decided to run against the incumbent in the 2nd District, James B. Potter, a pro-development councilman supported by Yorty. The district reached from the mountains to the San Fernando Valley flatlands

I covered the race for the Los Angeles Times. Although I had reported presidential and governor elections for the Associated Press, my previous employer, I had never written about anything as local as a council election, and I was amazed how personal it became, with both the paper and I turning into central characters.

I went to the candidates’ forums where Wachs and the other candidates ganged up on Potter. I trudged through the district, going door-to-door interviewing voters, a workout on some of those steep mountain streets. This was in more innocent times when homeowners, unafraid, opened their front doors to reporters like me, and were glad to talk.

I found that voters in the flatlands didn’t know much about Potter, but those in the hillsides knew all about the mountain development issues and didn’t like the way Potter handled them. When I reported that, I found myself attacked by name in a local weekly and accused of prejudiced reporting.

Wachs, a former UCLA student body president, was well connected and had plenty of money for his campaign, starting off with $10,000 from his father, Archie, a wealthy retiree from the clothing business. Archie also stood outside Gelson’s and Ralphs, both markets patronized by politically active Jews, handing out brochures urging them to “Vote for My Son Joel.”

Wachs looked like a sure winner until the Friday before the election. That day, he came home with his campaign aides Harry Sloan and Mark Armbruster. In his mailbox he found a copy of the Record newspaper.

Over its masthead was the slogan, “One of the world’s great black newspapers.” On the front page was another slogan, “Good Neighbors Come in All Colors,” along with a story praising Wachs. It had been deliberately mailed throughout the predominantly white district.

Wachs and his aides panicked. Los Angeles, then as now, was a racially tense place. Memories of the 1965 Watts riot were fresh, as were those of the racist campaign run by Yorty when he defeated Tom Bradley, an African-American, in 1969, just four years after the riots. Yorty, with the help of a couple of inflammatory TV news anchors and talk show interviewers, stoked racial tensions and beat Bradley. Wachs feared the same thing would happen to him.

In the midst of the panic, a middle-aged man wearing expensive clothes and smoking a high-priced cigar walked into the Wachs headquarters. His name was Manning J. Post, and he had been fundraiser for the legendary state Assembly Speaker Jesse Unruh. As I wrote of Post at the time, “he knows every angle.”

Post, who had been introduced to Wachs a few weeks before, looked at the near hysteria of the Wachs crew with disdain, “Kids,” he said. “Kids. What do they know?” He looked at a copy of the Record with the interest of a longtime student of smears. “That’s clever,” he said. “I haven’t seen anything like that since I left Chicago.”

Post calmed the Wachs supporters down. A phone bank went to work and by Monday had made 20,000 calls. One of the calls from Wachs headquarters was to me, from Wachs aides Armbruster and Sloan. They told me about the Record. What a story, I thought—an election eve smear. I’d better nail it down in a hurry.

They gave me the address of the paper and the U.S. Post Office bulk rate permit number. The Record office was on South Vermont Avenue, in a predominantly African-American part of town, miles from the 2nd District. I called the Record. It was a real newspaper, but this run was a special edition, a man on the phone told me, adding, “Some sort of committee paid for it.” I chased down the bulk permit number, which was held by a big political mail-advertising firm. The paper put my story on page one with the headline, “Opponent Says Potter Injected Racial Issue Into Vote Campaign.” It wasn’t covering a presidential campaign, I thought, but local politics were pretty exciting, a belief I’ve never been able to shake.

The counterattack warded off any damage the Record might have caused. Wachs was elected, thanks largely to the growing strength of environmentalists and slow-growth homeowners in the Santa Monica Mountains and adjoining parts of the San Fernando Valley. On the council, he joined Braude, by then an increasingly respected and effective environmentalist.

The political atmosphere changed. Grassroots organizations, once small and ineffective, became smarter. In those pre-computer days, women and men labored over skimpy paper campaign contribution reports and painstakingly tied politicians to those profiting from growth. Then they used the mail and newspapers to publicize their findings.

With grassroots support growing and the backing of Braude, Wachs, and other Westside politicians, the Santa Monica National Recreation Area was created in 1978 and the Santa Monica Mountain Conservancy two years later. Land that had been zoned for subdivisions was acquired by the conservancy under the aggressive leadership of Joe Edmiston, the executive director, and by the federal government.

The mountains were saved—not entirely, but enough for today’s Southland residents to roam among them and hike their length.

And that’s how a dirty trick helped give us a regional treasure.