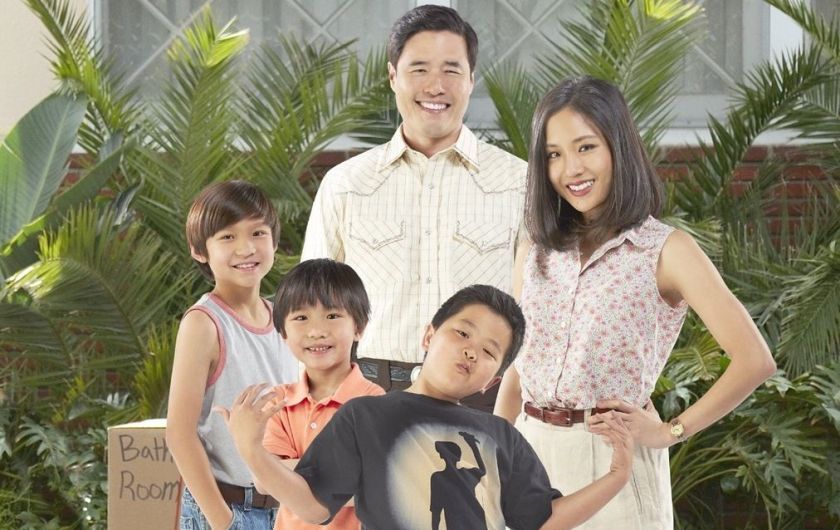 During the “up fronts,” when TV networks give advertisers a sneak peek at their next season, ABC unveiled the trailer for the show Fresh Off the Boat, a sitcom told from the point of view of a hip-hop-loving son of Taiwanese immigrant parents running a cowboy restaurant. My first thought when watching the trailer was: Those accents sound really fake.

My second thought was: So what?

A few commenters on the show’s Facebook page have claimed the speech of Constance Wu and Randall Park, the U.S.-born actors who play the protagonist’s Taiwanese immigrant parents, is inauthentic or stereotypical. Others have found the show’s title pejorative and campaigned—briefly and unsuccessfully—to get it changed.

But those quibbles have been overwhelmed by enthusiastic support. The show’s Facebook page has gathered more than 25,000 “likes” while the show itself has been praised by critics.

After my initial cringe at the accents, I thought, “The kid probably thinks they sound like that.” It is, after all, a story told from a child’s perspective of his immigrant family. It is also a sitcom. The Huangs are as true to life as the Bluths of Arrested Development.

The fast popularity of “Fresh Off the Boat”—and the quibbles about it—reveal how large, complex, and tough to categorize the Asian-American population has become.

This complexity shows up often, as in the split among Asian-Americans on SCA-5, the failed California constitutional amendment that would have restored affirmative action, or in the Northern California congressional race featuring three Asian-American candidates, incumbent Mike Honda and challengers Rho Kanna and Vanila Singh.

Television is a lagging indicator, and the U.S. has already leapfrogged over the 1994 America depicted in Fresh Off the Boat. Where young Eddie is ridiculed for bringing noodles for lunch, my daughter’s tony Los Angeles private school serves pad thai and boba drinks in its cafeteria.

Among the largest donors at her school are parents who split their time between China and Los Angeles—they’re not really immigrants but more of a transnational overclass. Privately, some of us lumpen Asian-Americans call them “the FOBs” in tones of awe and reverence, hoping they’ll invite us to sit courtside with them at Lakers games. Those families live very differently than the Koreatown apartment kids who rise at 5 a.m. to take two buses to get to school.

For me, this is all good. It means Asian-Americans are large enough to be a potential audience for a TV show and disagree over it. We can be on both sides of a policy debate—as both the under-served and the over-privileged. We can live in communities where there is no novelty in seeing an Asian-American political candidate, or a few of them.

It also means no one can legitimately speak for “us.” There is no universal Asian-American experience, and no one has a right to be a self-appointed authenticity cop.

Who are “we” anyway? For Asian-Americans, that is a much tougher question to answer now than during my childhood.

In 1970, most Asian-Americans were born in the United States, and were overwhelmingly of Chinese, Japanese, and Filipino ancestry. About 80 percent of Asian-Americans lived in California and Hawaii.

Many of those individuals or families would have had some direct experience with a race-based government policy, if not flat-out racial prejudice in their personal lives. Along with the World War II internment of Japanese Americans, racial restrictions on citizenship remained in place until 1952. Anti-miscegenation laws lingered until 1967.

My parents immigrated to Hawaii from Korea in 1962, while race-based country quotas still severely constrained the number of Asian immigrants to the United States. When I was born, my family lived in an apartment in the headquarters of the Korean National Association, and I grew up in the Pidgin-speaking enclaves of Honolulu (populated mostly by Japanese, Chinese, Filipino, Native Hawaiian, Samoan, and Tongan people) with few white neighbors (not counting the Portuguese, who weren’t considered white at the time). Every one of my predominantly Asian-American public schools had an Asian-American principal. A show about my childhood would likely require subtitles for audiences to comprehend our regional creole.

But the immigrants who would follow from the 1970s onward were a disparate lot. Along with refugees, there were many educated professionals from Taiwan, Hong Kong, Korea, India, the Philippines, and other nations that weren’t included in the 1970 census.

Those families eventually settled in well-to-do, mostly white, suburbs. Their kids didn’t grow up as I did, in relatively segregated Asian-American communities. For many of them, life was more of the “fish-out-of-water” kind of experience seen in Fresh Off the Boat.

The TV series is based on the memoir of celebrity chef Eddie Huang, who moved with his family from the Northern Virginia suburbs of Washington, D.C., to Orlando in the early 1990s. The year in which the show is set—1994—is the same year that ABC aired All-American Girl, the short-lived sitcom featuring Margaret Cho. The best thing about that show was that its flaws would later become material for Cho’s transcendent solo comedy career.

At the time, I was a reporter covering the Northern Virginia suburbs for The Washington Post, the same suburbs where Eddie Huang lived with his parents. I saw Asian immigrants running barbecue joints, biker bars, and one-hour photo shops and thought they must have some wild stories. (For one thing, they’ve seen all your photos!) One guy even sold bulletproof vests with Oliver North. Wouldn’t it be a whole lot funnier, I thought then, to mine the absurdities of suburban American life through the lens of Asian immigrants?

We are a nation full of great material. This is why Asian-Americans of many ethnicities—as well as Americans of all races—are saying they see themselves in the show.

With Fresh Off the Boat we are now big enough to take a joke. And big enough to make them, though not yet on Saturday Night Live.