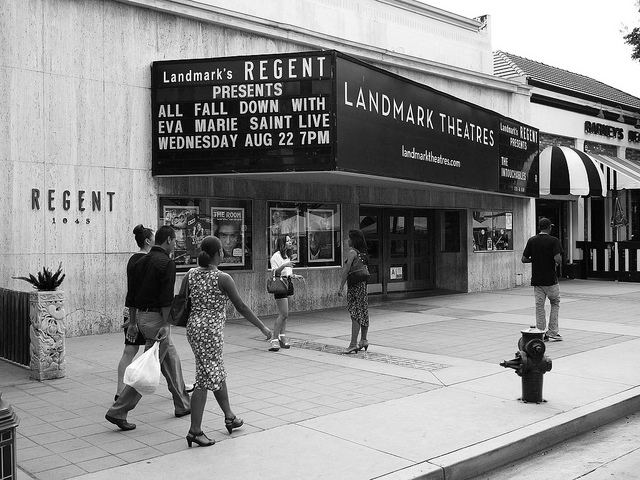 Last year Los Angeles magazine published a list of the “Eight Crimes that Changed L.A.” The names and monikers of the killers and victims composed a grim roll call: The Black Dahlia, Charles Manson, Sharon Tate, The Night Stalker, Sirhan Sirhan, Robert Kennedy, The Hillside Strangler. One name, however, was anomalous because of its utter anonymity: Durrell DeWitt Collins.

Twenty-six years ago Collins, a Rolling 60s gang member from South-Central Los Angeles, was strolling down Broxton Avenue in Westwood when he fired two shots at a rival Mansfield Hustler Crip. One shot missed the rival. The other shot killed a 27-year-old woman, Karen Toshima, a graphic artist out for the night celebrating a promotion. Toshima was window shopping with a friend when she was struck in the head by the stray bullet.

The head of the Los Angeles chapter of the NAACP called the crime, at the time, a “watershed moment” for the city. But what that watershed moment represented depended on who you were and where you lived. To many on the Westside, the shooting highlighted, with a single errant bullet, that gang violence could not be contained within the borders of South and East Los Angeles and, ultimately, no one was safe. But to people in other parts of the city, the intense focus on the shooting demonstrated that a life in Westwood seemed to have more value than a life in other parts of Los Angeles. Two young people were being murdered almost every day in the county during the late 1980s because of gang violence, but few merited a line in the newspaper or a mention on local news. Over-burdened South-Central homicide detectives struggled with much heavier caseloads and less time to investigate murders than their counterparts on the Westside and the San Fernando Valley.

I was a reporter at the Los Angeles Times, based in placid Santa Barbara, when Toshima was killed in 1988. I didn’t pay much attention to the shooting at the time, but five years later when I returned to Los Angeles and began covering crime for the paper, I was surprised at how often residents of South Los Angeles brought up Karen Toshima’s murder as a glaring example of inequality.

This single murder on a January night precipitated massive media attention and police scrutiny. Thirty detectives were assigned to investigate the homicide, and police patrols in Westwood were tripled. A neighborhood merchant’s association offered a $10,000 reward, and City Councilman Zev Yaroslavsky asked that the city post a $25,000 reward, but later withdrew his request after the angry response by those who saw this as part of the Westwood-South L.A. disparity.

A week and a half after the shooting, a “gang summit” was held where law enforcement officials from across the county met to devise a strategy for battling street gangs. They dubbed 1988 “The Year of the Gang.” Later that year, the city of Los Angeles hired 650 police officers and devoted more than $5 million of emergency funds to battle gangs. During the summer, then-Police Chief Darryl F. Gates launched a task force called “Operation Hammer” that was assigned to sweep through neighborhoods and target gang members and drug dealers for interrogation and arrest.

As the years have passed, writers have frequently contended that the Toshima shooting precipitated the end of Westwood. “With that that one fatal round, Westwood’s fall began,” according to a 2006 account in a Southern California magazine. This narrative is an oversimplification. In the years before the shooting, nighttime crowds and foot traffic had already declined rapidly in what had been a cynosure of the city’s nightlife, with more than a dozen movie theaters as well as tony restaurants and clubs and one of L.A.’s few pedestrian-friendly neighborhoods, according to Juan Matute, associate director for UCLA’s Lewis Center for Regional Policy Studies. The Century City mall and Santa Monica’s Third Street Promenade, with their multiplex theaters, upscale shops, and plentiful parking, had begun siphoning patrons from Westwood. UCLA added stores and restaurants on campus and later, Old Pasadena, the Grove, and Universal CityWalk provided even more competition. The shooting did, however, “coalesce community concern,” Matute said, and led to regulations that made it difficult for Westwood clubs to obtain permits for live music and dancing. So many young people flocked to Hollywood instead.

What cannot be overstated, however, was how the shooting focused attention on the city’s gang problems and on how the Los Angeles Times, other Southern California newspapers, and local television stations covered crime. Sergio Robleto, a retired LAPD lieutenant, headed the department’s South Bureau Homicide during the years when there was more than a murder a day in his division. “The news media was jaded during this time,” he recalled. Before the shooting, “I’d get calls from reporters asking me, ‘Is this run-of- the-mill murder or is there anything different about it?’ They were getting desensitized. People viewed the south end murders different than murders in other parts of the city. It made you wonder what the value of a human life was … My detectives were overwhelmed and overworked. I was fighting for resources, and the LAPD didn’t seem to care, except for a few members of the command staff.”

Don Wanlass, managing editor of the Wave Newspaper Group, which circulates in South Los Angeles, Compton, and Inglewood, recalls how in the 1980s the rest of the city seemed blithely unaware that South Los Angeles was being inundated by violent crime. “The Toshima shooting woke people up,” he said. “It made them realize that gangbangers don’t just stay home and cause havoc in their own neighborhoods.”

More realizations would follow. Three years later, in March 1991, three officers repeatedly pounded motorist Rodney King with their aluminum batons—while their sergeant and a group of more than 20 other officers looked on. Two weeks after that, Latasha Harlins, a 15-year-old African-American girl, was shot and killed in South-Central during a confrontation over whether she had paid for a bottle of orange juice. The Korean-born storekeeper who shot Harlins was convicted of voluntary manslaughter, but was given probation and served no jail time. The next year, the officers who had beaten King were acquitted by a jury in suburban Simi Valley, more than 30 miles from Los Angeles. Some contended that while the acquittal was the final fillip, the cumulative effect of the Toshima shooting and the other incidents, in addition to the stark economic conditions in some parts of Los Angeles, contributed to the rage that sparked the 1992 riots.

By then, people throughout the world knew about South-Central and the grief and grievances of its residents. The cost, however, was high. Almost $1 billion of property was destroyed, and 51 people died in the most deadly urban riot in the nation’s history.

The Toshima killing resonated with me when I covered crime because it was such a stark contrast to the other murders I was writing about. Occasionally, when I would arrive weeks after a homicide in South Central, I was often the first reporter to interview family members. They felt it was the ultimate sign of disrespect that nobody seemed to care. I decided to write a book about homicide in South Central—The Killing Season—and extensively cover every facet of the cases, paying close attention to the lives of the victims.

Hollywood is enthralled with murder stories, but most movies and television shows focus on titillating viewers with violence, and ignoring the victims and the suffering of the family members left behind. When I turned to crime fiction, I tried to ensure that no victim was slighted.