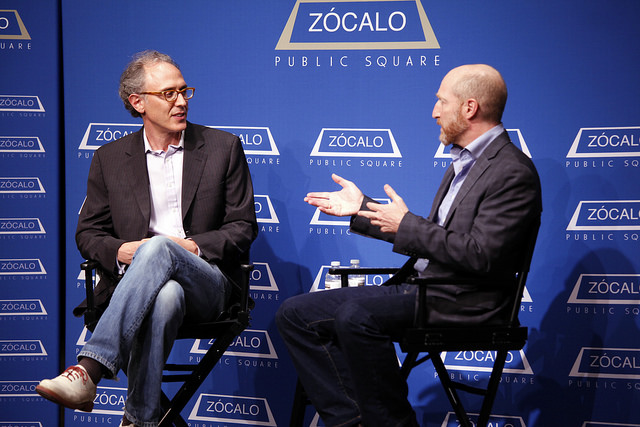 Most of us have been buoyed by synergy or thrived off the energy of another person. We know that chemistry is something that exists between certain individuals—like, say, John Lennon and Paul McCartney. But we don’t know exactly what it is. In front of a standing-room-only audience at The Actors’ Gang, writer Joshua Wolf Shenk, author of Powers of Two, talked with Jonathan Ames, creator of the TV show Bored to Death, about the mysterious act of collaboration, which Shenk believes is a recurring quality in just about every instance of great creative work.

For most of his life, Shenk understood creativity as being a kind of “immaculate conception”—“rising,” he said, “unbidden from within.” Traditionally, we contrast between the individual and the community, the lone genius and the culture. But it’s all of a piece, said Shenk. If you study the science of social networks, you realize that a human is more like an ant in a colony than a Marlboro Man. We’re shaped by the people around us.

What sorts of people bring out the genius in each other?

Shenk found that many of the pairs he studied were radically similar in many ways—almost like twins—but also possessed some major differences. Steve Jobs and Steve Wozniak, who co-founded Apple, were both really into technology, loved playing pranks, and had idealistic visions of changing the world. But one was shy, introverted, loved to burrow into projects, and didn’t care about money; the other was wily, charming, and could get people to do almost anything—including things that got in the way of their interests. Great collaboration can’t be canned or engineered, said Shenk. But the best way to find a creative partner is to find commonalities, then look for the person who challenges you the most.

Ames asked Shenk to talk about creative influences; all artists, after all, impersonate and steal from other artists.

Shenk said that everything is derivative, but when we say something is derivative, we mean the originator “shows too much.” The person hasn’t taken the other artist’s work in and made it her own. When it comes to one musician covering another, “I want the person to eat that bread and chew it up and digest it,” said Shenk. He doesn’t want the bread simply held up; if he wanted the original, he’d listen to the original.

Even artists we think of as working in isolation engage with the world and with other people. Emily Dickinson, said Shenk, sent her poems to readers she chose. In fact, scholars of Dickinson argue that it’s incorrect to say she didn’t publish; she may not have printed her poetry, but she chose an audience and reached that audience with her work in her lifetime. And Vincent van Gogh and his brother, Theo, believed they co-created van Gogh’s work.

In the audience question-and-answer session, Shenk was asked what sports might tell us about collaboration.

Athletics, Shenk said, can be a window for looking “at the way that competition and rivalry energize and arouse us and drive us.” We think of collaboration as two people being in a room together, but it’s also about two people being in each other’s heads. Sports stories are usually about either singular heroes or great teams. But these stories are also about great rivalries, like Larry Bird and Magic Johnson. They made each other’s careers—and saved the NBA. This exists in business as well: For many CEOs, their primary creative relationship is with a rival CEO. “That’s where energy and tension come from,” said Shenk. Hatred lives alongside love, affection, and respect.

What role, asked another audience member, do conflicts play in collaboration? Many pairs break up in the end; what does that mean for individual creativity?

“These relationships never actually do end,” said Shenk. Yes, you can look at when a pair did their last piece of work together, but once two people establish a joint identity and “become a we,” they have common creative capital and become part of each other. It’s more binding even than having a child. “I don’t think John Lennon and Paul McCartney could ever separate, and I don’t think Paul McCartney can ever separate from John Lennon’s ghost,” said Shenk. 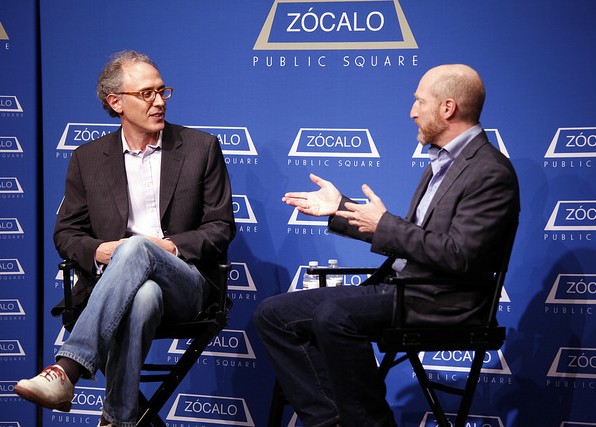 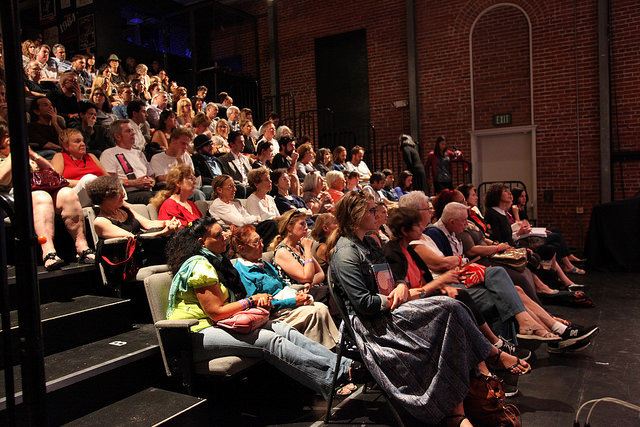 A standing-room-only crowd was in attendance 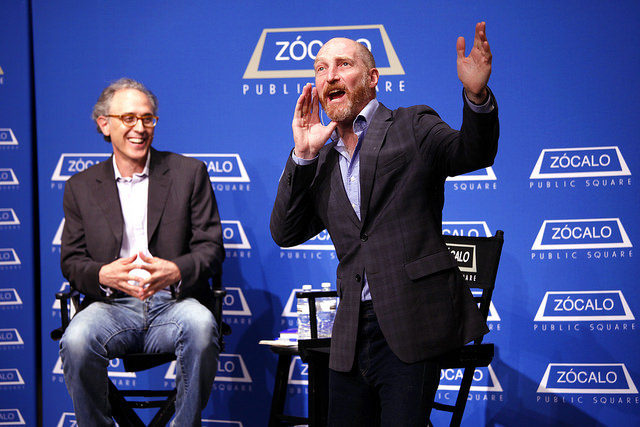 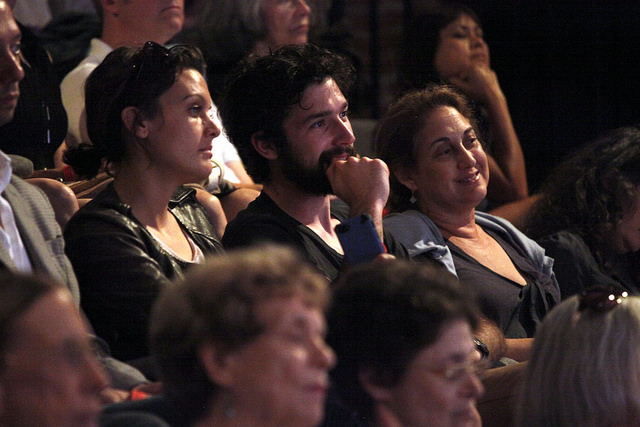 Audience members at The Actors’ Gang 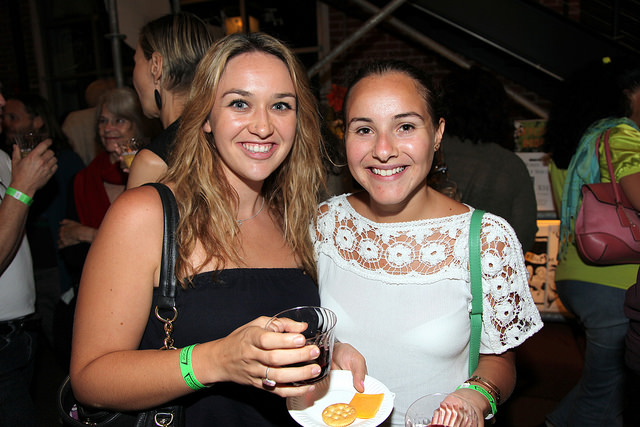 Enjoying the reception after the program 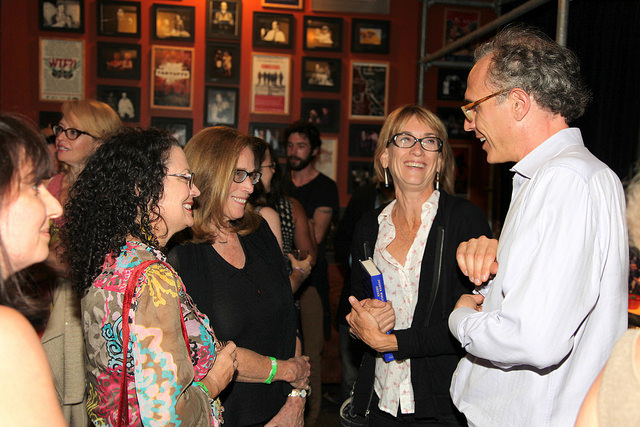