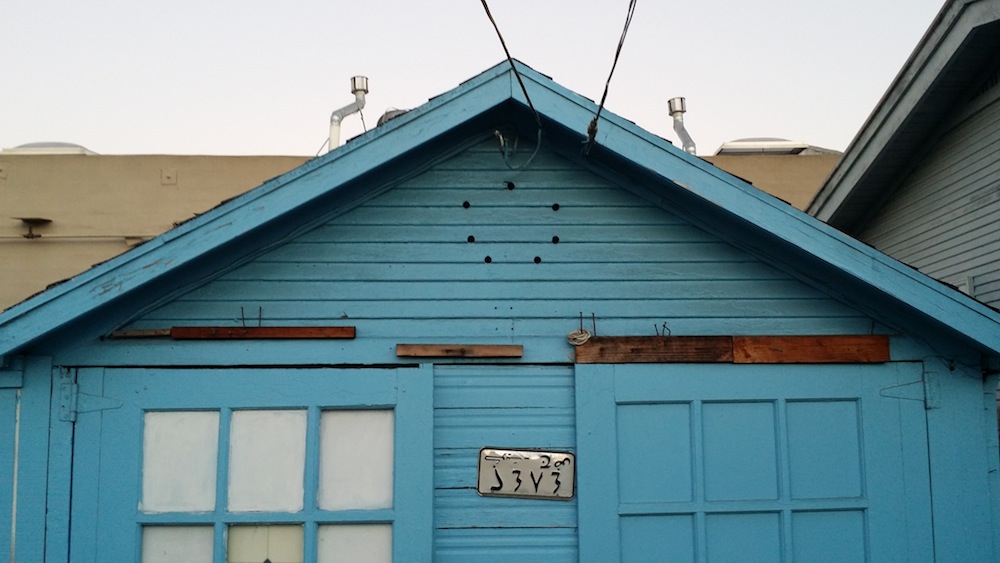 My cousin Armando drilled four holes on the top of his garage in Oakland, California one day and installed a mini-basketball hoop. It was the early ’80s, and the Los Angeles Lakers and the Boston Celtics were battling for the NBA championship. We were kids, junior high age, but he was three years older than me and taller, too. The hoop was maybe about six and a half feet tall, so the games were pretty one-sided.

He would call me when the NBA Finals weren’t on TV to come over his house and play games of 21. Two points per basket and then up to two free throws if you made your shot. The games would get intense, with a lot of trash talking. Armando was a natural showman and trash-talker, so he always called himself the “Showtime Lakers.” He used his height advantage to dunk on me and do some behind-the-back passes to himself, imitating an Earvin “Magic” Johnson-to-James Worthy fast break. But I was more fundamentally sound, so I relied on my outside shot, which made me feel Larry Bird-like. When we played, I was always the Celtics.

Early on, he won most of the games but as we got older, I grew taller, and the games became even more heated and fun. We outgrew the basketball hoop, so we moved on to marathon video game sessions, first on the Atari 5200, then on newer systems.

But when Armando started high school, the calls to play basketball and video games stopped coming. I started to invite myself over to hang out with him, but his mood began changing, and he was no longer interested in the games we used to play. Usually, we would just end up watching TV without much conversation. He was hanging out with a new, older group of friends. There were barriers coming up between us, and we became just cousins again.

I was never jealous or bitter over Armando’s new friends. They didn’t know the kid who collected baseball cards and comic books (Daredevil: The Man Without Fear was his favorite). And I knew none of them would get as excited as I had when he called me out of the blue during the summer and told me to scrounge up some money because we were going to go to an Oakland A’s game. If I was lucky, my parents would give me $10 to $15 for round-trip BART fare, a cheap bleacher ticket, and a shared drink and snack, which would leave us with $2 or $3 to go to the Malibu Grand Prix Arcade across from the Oakland Coliseum parking lot. We were still kids back then and rushed home just before the sun started to set on our summer day.

When I was in 10th grade and new to our high school, Armando was a senior and drove a little white mini-truck. Whenever he saw me walking home by myself, he went out of his way to pick me up. We never talked much, just a “Hurry up and get in” from him. He would drive me home, and whenever he would see a group of girls or some of the “cooler kids,” he slowed down, raised the volume just loud enough for them to notice me, and only me, and then drove off. I knew he still cared and was silently looking out for me.

When he dropped me off at home, I would say, “Hey, thanks,” then he would drive off. To where, I don’t know. I wanted to ask him to take me with him, but I didn’t.

Armando and I were never close like that again. When we met at family gatherings, he would walk into a room, and the showman I knew as a kid was still there. He treated all his elders as if they were his parents and everyone else as if they were his siblings. But I couldn’t help but feel that something was wrong. His exuberance was tempered. I used to think I knew a different Armando than everyone else knew, and that they knew a different Armando than I did—that no one had a complete picture of this complex man.

I never bothered to give my cousin my phone number because I knew we wouldn’t have anything to talk about. I wish I would have.

On Sunday night, August 10, 2014, depressed over the one-year anniversary of his father’s death or maybe something else, Armando found himself a broken man. He was listening to music, having some drinks next to a campfire in his backyard. A few moments later, he was shooting his handgun into the night sky and into the ground around him. He was raging at something that had stolen the joy from his life. As the campfire light shined bright at his feet, he shot himself.

A few hours after I learned about my cousin’s death, I learned that comedian and actor Robin Williams took his own life as well. Within a 12-hour span, suicide took the last two people who I would have thought would succumb to their pain. Both were loud and jovial, life-of-the-party types, but with obviously delicate souls. They, like others before them, couldn’t handle everything life had put on their shoulders. I will never understand—no one probably will—what they were going through internally, what their minds were forcing them to think.

I always thought with Robin Williams that the truth was stranger than fiction. For all the eccentrics he portrayed—a doctor who dressed up as a clown to treat patients, a father who dresses as a nanny to spend time with his kids—none were as eccentric as the actor who portrayed them. But to me, no character he portrayed was as honest to Robin Williams’ real soul as Mork on Mork & Mindy. I always thought that if you were to tell people that Robin Williams himself really was an alien who arrived on earth in an egg to observe human behavior, they would probably believe you.

I felt guilty, but Williams’ death helped me overcome the initial shock of my cousin’s death: Whenever I saw a Robin Williams tribute online or on TV, I imagined it being about Armando. I wouldn’t wish tragedy on anyone, but Robin Williams seems like he wouldn’t mind sharing a bit of his limelight with a kindred soul.

On Monday, I went to my aunt’s house where my cousin and I played basketball. After more than 25 years, the hoop is long gone, but the holes, the imprints my cousin left on the garage, are still there. I walked over to where the court once was, and imagined my cousin with his shaggy hair and jean cutoff shorts standing there in his exaggerated defensive pose, daring me to attack the rim. But I didn’t. The rim was hanging over his head like a halo, and I stood there wishing he would have called me one last time.