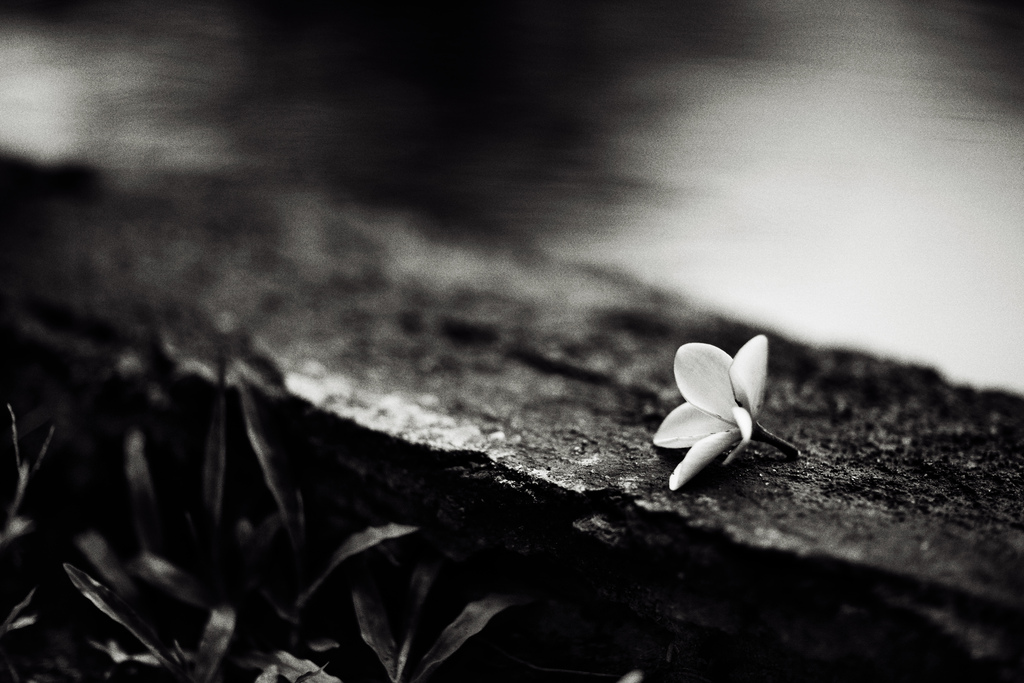 My father was absent for most of my childhood and adult life. Not in the sense that he abandoned my mother and ran away. Absent in that he was unable to show emotion and could not initiate contact with me. My only glimpses of his inner thoughts came through a few sentences uttered casually over many years, and in one or two letters he wrote to me on aerograms, the lightweight paper for airmail.

The French have a word for it, le non-dit: the unsaid. It hovers around many families, regardless of the culture. In my father’s case, the culture was a traditional Chinese upbringing, the ingredients of which—in his particular family and with his particular father—included a systemic denial of emotions and grimly rigid ideas about dignity, respectability, and education. The potential for missed opportunities and lost relationships was enormous.

By the time I introduced my husband to my Chinese grandfather, he was no longer frightening. A skinny old man with thick glasses who shuffled about his home in his slippers, he was a former diplomat for the Kuomintang who wore well-tailored suits and was terrifying to me as a child: tyrannical, judgmental—you were only as good as the Ivy League school you would eventually attend.

This wasn’t just about university. My aunt—my father’s sister—had been repudiated as a young woman for daring to challenge my grandfather’s autocracy. The first time she ran away as a teenager in the 1940s she was brought home and then hospitalized for shock treatments. The second time she ran away for good.

The last time I saw my father he was lying in a hospital bed in Los Angeles, dying. As a child I had seen him at most once a year—my parents separated when I was 6. As an adult I saw him even less. When I traveled from Paris, where I live, to Los Angeles to see him in 2012 with my two children, he declined dinner with us and provided no real explanation: We remained awkwardly at his apartment for about 20 minutes and then left with my stepmother for the restaurant.

My sons were shocked and sullen. I watched them react the way I had for years, covering up my resentment and hurt with a shrug, angry with myself for once again being disappointed. Over time both my mother and my stepmother told me that he loved me, but that he was depressed and unable to express his emotions. Still, I felt they were making excuses for him; I was unwilling to see that his few attempts to make contact from within his shell were all he could manage.

But all the distress about my father that I had stockpiled inside over the years disappeared in an instant when I saw him shrunken and mummy-like in his hospital bed, his extremities swollen with fluid. He had been refusing food and drink for seven days. He was determined to die, and I admired him for his steadfastness.

Several years ago, my uncle—my father’s brother—revealed that my father had cut his wrists in the 1950s when he was a student at Harvard. At the time, my uncle was finishing up his Ph.D., and he and my grandfather brought my father back to Los Angeles, where my grandparents had settled after serving in various diplomatic posts.

My uncle does not recall any conversation with the Harvard Health Services and said he returned to his university, leaving my father alone with their parents. Shortly after that, my father returned to school as well. What transpired at home will remain unknown, as so much else was.

My grandparents also had a baby girl in between the births of my uncle and my father. My father thought she had drowned, but my uncle thought she died from an infectious disease. Neither ever asked their parents for details. Neither sought to contact their other sister—my aunt—who had been repudiated.

Who knew how my grandmother felt about the loss of her two daughters? She was my grandfather’s right hand, the perfect diplomat’s wife, there to serve. But she did have a favorite—my father, her youngest. This perhaps enabled him to feel, but also made him less tough and therefore more vulnerable. He would make several attempts to break free from his background, but his untreated mental health and the weight his father had placed on him would drag him down each time, ultimately bringing him back to his parents’ home to take care of them until their death.

I recently asked my uncle, a brilliant, well-known, and highly energetic neuroscientist, why he thought he alone had emerged from the family, seemingly unscathed. Without missing a beat he replied that it was because he had never lost sight of his beacon: the pursuit of knowledge. As a teenager he would read encyclopedias from A-Z. As the eldest son, he had also benefited from the little positive attention my grandfather had paid the children.

At first, my father followed an acceptable path and finished bachelor’s and master’s degrees in the sciences, before veering off course to explore what interested him much more: a Ph.D. in Art History. It is highly likely that this was the first time he studied something he enjoyed.

Before long he met my New York-born mother, an artist. She told me that at the time he was already suffering from what was then called manic depression. He had also said to her, “I always fail at the height of success.” Despite his psychological state, which he refused to treat until the end, my parents enjoyed interesting times in the early days of their marriage.

As a mixed-race couple in the late 1950s, it was difficult to rent an apartment in Manhattan; they were turned down by several landlords and could only find housing near Columbia University. After university, they traveled around Europe on a tiny budget and moved to Egypt, where my father had a fellowship. They lived the last days of cosmopolitan Alexandria; Europeans had already started to leave, fearing Pan-Arabism and the socialist reforms President Gamal Abdel Nasser was putting into place. After my birth there, my father took to his bed for a year.

My mother returned to New York with me, and eventually my father pulled himself together and followed her back to the U.S., where he became a professor of art history. His academic research was interspersed with episodes of depression and mania, and it became impossible for my mother to live with him; she moved back to Europe, taking me with her at age 4.

Although I only saw my father on occasional visits, when I did, it was always painful because of his utter inability to show affection. But he was not unfamiliar. I remember the speed and precision with which he peeled and sectioned a blood orange for me after school, removing every bit of pith, displaying the sections neatly on a plate. And we both loved cats, as did my grandmother. (My father told my stepmother only recently that my grandfather used to kick the family cat.)

My father took early retirement—his manic depression made a linear career very difficult—and he cared for his elderly parents in Los Angeles, tending to his mother with infinite patience. When it came to his father, it was obvious from the caustic remarks he made that he had ill feelings toward him. When my grandfather passed away, my father told me he felt only relief.

I think he also felt relief when he left this world a year ago. He had been in a prolonged state of depression for years. Life had been a long, painful struggle for him. When I saw him on his deathbed, though, what should have been obvious to me for years became clear: He had not necessarily wanted to be absent, but given his damaged emotional self, he was simply unable to communicate. Still, I felt such sadness at all the things in his life that never were.