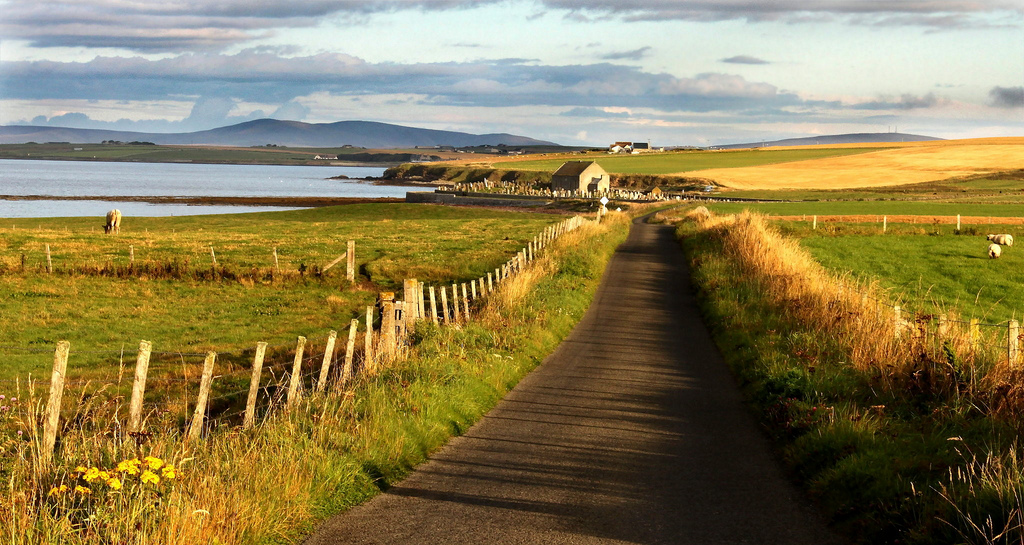 Ten years ago a farmer was digging in his backyard in Ness of Brodgar—a village on one of the islands that makes up the Scottish archipelago of Orkney—when he came across some strange stones. They seemed to be man-made. By 2008 archaeologists had started to excavate the site on a small stretch of green land between the waters of the North Atlantic. Soon they realized they had found the most well-preserved stone houses of the Stone Age—what are now being called the First Stonehenge.

Who governed Orkney then? We don’t know. Who governs Orkney now? We still don’t know. But some clarity could come this month with a referendum that will impact the lives of the 23,000 people who inhabit these 70 islands. On September 18, the voters of Scotland–all residents older than 16 years–will decide whether to become an independent country or remain within the United Kingdom.

The question is a complicated one, and it is being debated in not only Scotland but also around the world. The question is even more complicated in the case of Orkney, where sovereignty has been an open question since the beginning of European society here more than 5,000 years ago.

Orkney lies in the sea north of the Scottish mainland, between Scotland and Norway. This strategic position has given the Orkney people both opportunities and challenges. Over the ages, the archipelago has been occupied by Nordic Vikings, Norwegian kings, and Scottish monarchs. In 1707, it was attached to the United Kingdom along with Scotland.

During the two world wars, the British military used Orkney as their main naval base; the remains of sunken warships can still be seen today along the coastlines of Orkney. More recently, the region’s enormous natural resource–including fish, gas, oil, and new opportunities to generate electricity from wind and tidal flows–have given rise to a great deal of interest in Orkney.

“The fertile land and mild climate offered (and still offer) a perfect setting for people to settle, meet, and develop,” explained the historian David Murdoch, who makes his living by showing the archipelago to foreigners from Scotland and beyond. When I arrived on the tiny airfield to report on Orkney for the Swiss Broadcasting Company, the first landmark outside the airport in Kirkwall, the main city of Orkney, was a large sign with three big letters:“Y-E-S.”

A “yes” vote in the September referendum would mean independence for Scotland, but it’s not clear if that would mean more independence for Orkney. Sovereignty has a difficult history here. When Scotland—after a successful popular vote back in 1997—achieved more autonomy within the United Kingdom, Orkney’s regional powers were reduced. And Orkney’s regional powers weren’t much to begin with, the U.K. being one of Europe’s most centralized polities.

Orkney is hoping for a reversal—and more sovereignty. The question is whether an independent Scotland will produce that result.

“We need to be taken much more seriously,” stresses the island’s Prime Minister Steven Heddle as he welcomes me at the Orkney Islands Council’s headquarters in Kirkwall. The Council governs all of Orkney. “While we contribute a lot to the wealth of Scotland and the U.K., we have very little possibility to decide our own local affairs,” said Heddle, who would like to see the development of a strong democracy across Orkney, including what he calls the “features of true direct democracy.”

Together with his leadership colleagues in other parts of Orkney—Shetland and the Hebridean islands—Heddle has used the ongoing referendum process on Scottish independence to open negotiations with the governments in both Edinburgh and London about autonomy for Orkney, irrespective of the outcome of the referendum. Those negotiations have yet to produce a clear plan, but both the Scottish government and the central U.K. administration in London have promised to give more power to the people of Orkney.

While Steven Heddle doesn’t want to reveal his voting preference in September, his wife Donna Heddle is a strong advocate of an independent Scotland. “This will finally give us the right to have a government of our own,” she said, noting that successive Tory governments in London had no support at all from the people in either Scotland or Orkney.

Scotland and Britain aren’t the only options for Orkney. Norway retains a pull here. Donna Heddle, a professor and head of the Centre for Nordic Studies in Kirkwall, sees the Nordic countries as natural allies for Scotland and Orkney: “We have much more in common with Norway and Iceland than with England or Ireland.”

Donna Heddle envisions an independent Scotland with an oil-funded Nordic-style welfare state that would allow Orkney to become an autonomous part of the U.K. She can also imagine a future with an independent Scotland in which Orkney has a status similar to that of the Faroe or Åland islands—two other archipelagos further north that belong to Denmark and Finland, respectively, and possess far-reaching lawmaking powers.

Not everyone agrees with the many Orcadians on the Scottish independence question. But no matter how people here vote on September 18, their desire for their sovereignty is unmistakable. The question is: What path will get the islands there?

“There are really no good reasons as to why we should vote ‘yes’ on September 18,” said Charles Tait, a photographer and writer, whom I met in the windy harbor of Kirkwall. “We do not need a revolution in the relationship to the U.K., but a continuous evolution on our path to greater autonomy.”