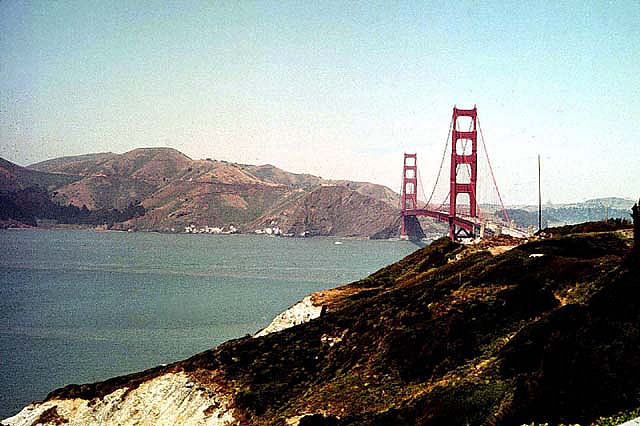 I awoke before dawn on November 19, 1978, nearly 900 miles away from the city desk of the San Francisco Examiner, where I worked. As I stepped from the shower, I grabbed the Tucson Sunday paper and saw the front-page news about a massacre in Guyana, where two of my co-workers were on assignment. The story couldn’t have been less clear about which one of them had been shot to death on a jungle airstrip by henchmen of the Reverend Jim Jones, the charismatic and paranoid leader of the Peoples Temple who had transplanted his flock of nearly 1,000 parishioners from San Francisco to the South American jungle to escape exposure as a charlatan.

When I finally reached the Examiner city desk by pay phone, my first question was whether Tim Reiterman, my close friend and partner on many investigative stories, was still alive. Yes, he was alive, although he had been wounded. I was relieved, and immediately felt guilty. Reiterman’s survival meant Examiner photographer Greg Robinson had been killed.

Every mile of the drive back to San Francisco was urgent. As the sun set, radio reports described the unfolding horror of what had happened at Jonestown. The ambush at the Port Kaituma airstrip that had killed Greg, Representative Leo Ryan, and three others was just the beginning. The bodies of more than 900 residents of Jonestown lay scattered over the jungle campus. So many stories referred to cyanide-laced Kool-Aid that “drinking the Kool-Aid” became a commonplace expression. It was actually cyanide-laced Flavor Aid, as the makers of Kool-Aid have tirelessly pointed out over the years.

I arrived back in San Francisco very late. After a restless few hours of sleep, I was at the city desk, reporting and writing stories on Peoples Temple and the massacre. We dug into prior threats against temple members and Jones’ manipulations of politicians and the media, plus rumors of a Peoples Temple hit list. If a madman could take out nearly 1,000 lives in an evening, it was plausible that Temple operatives who remained in the Bay Area could pick off enemies closer to home. No one was safe from the terror, it seemed.

The city was fragile. Every media report, every law enforcement and political pronouncement–every thought, it seemed–was focused on the horror at Jonestown and the trail of events leading from San Francisco to the South American jungle. What could be more insane? More heart-sickening?

Reporting nearly around the clock was hard, but it was also a huge international story, and the work absorbed some of the angst. One relief was taking a first-person story from Tim Reiterman, who sounded groggy and weak, during his return to San Francisco. It was a small miracle to hear his voice.

I interviewed Peoples Temple lawyer Charles Garry over the weekend in his San Francisco office. Garry had to run an errand, but he told me to stick around. I helped myself to stacks of Peoples Temple files piled in the hallway. People who passed by my huddled figure must have thought I was an attorney or investigator, and I didn’t correct any misimpressions.

After a week at this pace and intensity, I was done in–dog-tired and ill. On Monday, November 27, I was tempted to call in sick. I didn’t. It turned out to be the day Supervisor Dan White killed Mayor George Moscone and Supervisor Harvey Milk.

They were familiar figures. I had done many stories on Moscone and visited his home. His wife, Gina Moscone, served me cold coffee to let me know what she thought of my reporting. Milk and I had briefly collaborated on an exposé of underage prostitution at gay bathhouses, but it never saw print. White I had seen blow up at a Board of Supervisors meeting, banging his microphone when he got frustrated.

Around mid-morning that November 27, the police radio above the city desk crackled. It was noisy in newsrooms in those days, and you couldn’t hear the police radio from 10 feet away, but I saw the eyes of Fran Dauth, a deputy city editor sitting directly under the radio, get very big. She hustled over to me and said, “You, slick, sit down and start writing. There’s been a shooting in City Hall.”

I did write. And write. For the next three hours. The old-fashioned way: on a typewriter. I’d write a paragraph, and someone would rip it out of the typewriter, mark it up, and send it to the backshop. Everyone on staff was reporting the story and phoning in notes. The publisher was my legman.

At about 1 p.m. I was still writing when I heard something plop on my desk. It was that afternoon’s newspaper with the complete story. There was my lede story on the assassinations, along with page after page of profiles, pictures, and backgrounders. That effort was what newspapering was all about then: bringing readers the news about a big story on deadline. And its accuracy stood the test–except for my adding an extra letter to the last name of Moscone’s secretary, which I rue to this day.

I took pride in the fact I had not reported the rumor, as other news outlets did, that Peoples Temple hit squads were involved in the City Hall killings. The hit squads turned out to be the fevered imaginings of conspiracy theorists, temple defectors, and investigators.

One indelible moment from that day was Dianne Feinstein’s announcement in front of the mayor’s office that Moscone and Milk had been shot and killed. Just off-screen, you could make out the anguished cry, “Oh, Jesus Christ!” The voice was familiar. It was Examiner reporter Alan Cline, assigned to cover the impromptu news conference. His desk was next to mine. In the YouTube clip from that day, one of the first faces to pop up is that of an Examiner librarian. He was visiting City Hall on his day off and went to see what the commotion was all about.

The tragedy meant Feinstein would go from being president of the Board of Supervisors to mayor of the city. She said later that it had been a “day of infamy” for San Francisco. It was also a day of insanity piled upon insanity.

In mid-afternoon, attention shifted. I was pulled off the assassinations beat and told to resume my Peoples Temple reporting. Many more stories followed. Tim Reiterman came back to work. The paper sent him to Hawaii for R & R. It rained the whole time. He wrote a book, Raven: The Untold Story of the Rev. Jim Jones and his People, that unmasked Jones’ manipulation and corruption throughout his career.

Gradually the pall lifted from San Francisco. Mayor Feinstein restored a sense of calm and tranquility. Dan White was given a lenient sentence after employing the infamous Twinkie defense, but went on to kill himself soon after being released from prison early. No Peoples Temple hit squads ever terrorized San Francisco.

The mass murder in Jonestown and the assassinations at City Hall haven’t receded from San Francisco’s consciousness in 35 years. Or mine. In those few days in November 1978, facts hit home with relentless, gut-churning force. It was hard work to get them right. But it was important then, as it is now. Facts are always personal to somebody. It’s an extra lesson when that somebody is you.