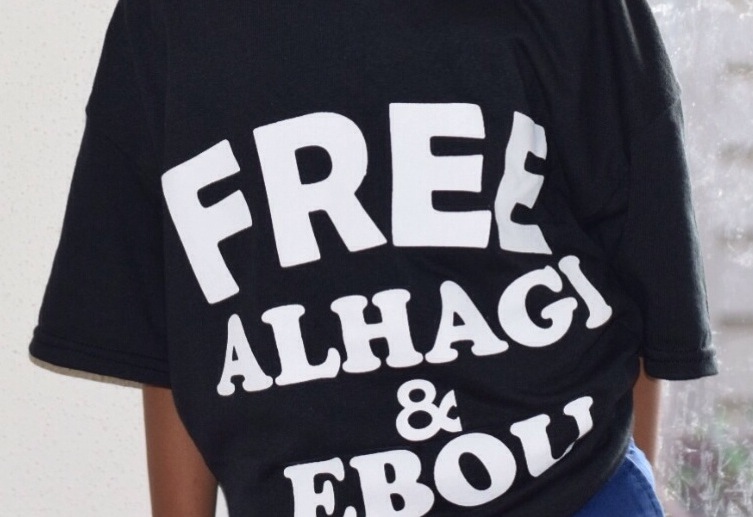 Here’s something I could never type in my home country: #FreeAlhagieAndEbou.

This hashtag is part of my family’s effort—which includes calls to the State Department, the FBI, and the White House for help, a radio campaign, a Facebook page, press interviews, and protests—to bring home my oldest brother Alhagie Ceesay, an American citizen who was kidnapped a year ago in the Gambia, and his best friend, Ebou Jobe. They were apparently kidnapped by the government when they traveled back to the Gambia to invest in local businesses and create a computer school for children.

Americans may take the unfettered ability to complain for granted—here, we all have the right to post a negative review on Yelp or sign an online petition in our pajamas. But I don’t take the right to protest for granted. I see tools that would never have been available in my native Gambia.

The last time we heard from my 39-year-old brother, who had worked for Chevron as an infrastructure system analyst, was on June 22, 2013. He called and spoke with his wife in Houston. Nothing seemed out of the ordinary. Several days passed, and he did not call back. Because Alhagie had been in frequent contact via Skype, e-mail, or phone calls, we began to worry. Then trustworthy sources in the country told my family that Alhagie and Ebou had been kidnapped by the government. We don’t know why. President Yahya Jammeh makes no secret of his disdain for the West, so we worry my brother may have been targeted simply because of his Americanness. 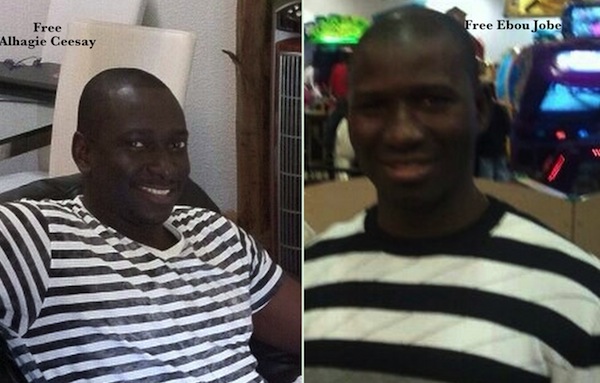 My family is distraught. My parents, who still live in the Gambia, feel powerless to demand answers. It is a symptom of a broader tragedy being suffered by all Gambians, who are deprived of their voices to react to such outrages. And, what’s worse, most people in the Gambia don’t feel deprived of free speech or most other human rights because it is difficult to miss what you’ve never had—even if you desperately need it. Abstract freedom is not a priority in nations like the Gambia, where most people are locked in a daily battle for food, clean water, medicine, housing, and electricity..

I was born in the Gambia in the late 1970s. As far back as I can recall, silence was encouraged: The norms of our society held that children’s opinions don’t matter (an assumption I often questioned—and got in trouble for—growing up). This assumption created a cycle of silence in the culture. Children subsequently grew into adults who didn’t question authority. A bloody incident that took place during my high school’s traditional year-end trip to the beach reinforced the idea that we were not to question authority. During my last year at Muslim High School in the Gambia’s capital, Banjul, the president ordered students not to go to the beach after our traditional year-end day of games and sports called “Inter-house.” He didn’t think it was appropriate for Muslim kids, but we’d already purchased food and made plans. And we (at least some of us) believed what we did after school on our own time, and with our parents’ permission, was up to us. So we went, determined to have fun. But soldiers crashed our beach party, descending from trucks with weapons drawn, and started chasing kids. Soldiers were yelling and hitting students with the butts of their weapons as they arrested them.

I had never been so frightened in my life. My best friend and I made it out of there without getting hurt by finding shelter at a house down a nearby road. We walked home on the back roads many hours later. My parents said nothing to me about the incident even though they saw it on the evening news and knew I had gone to the beach. Silence echoed from house to house. Parents didn’t rise up in anger.

I came to America in 1997 to attend Navarro College in Texas, and it was so refreshing from the moment I landed to be in a country where everyone has the right to speak up and be heard. I can recall sitting in a calculus class when the teacher wrote a problem on the board, and a few of my classmates noticed that he’d made an error in the calculations. The students spoke up and said, “That’s not right.” The teacher reviewed his work and said, “You’re right.” He laughed it off, corrected the mistake, and continued with the lesson.

“Wow,” I thought. That never would have happened in the Gambia, where authority figures in all settings are presumed to be right, even when they aren’t, and they are certainly not to be questioned. In 2000, the military in Serekunda massacred 14 teenagers who were protesting the deadly beating of one student for talking back to his teacher and the rape of a local teenage girl—a massacre that Gambians don’t speak of in public. They don’t participate in Twitter campaigns or in any of the recent Facebook pages to honor the victims set up by members of the Gambian diaspora.

I know that if I were living in the Gambia and spoke up as I have here about Alhagie and Ebou, I would disappear or turn up dead. Witnesses saw the Gambian president’s security forces attack protestors in the U.S. when they showed up during August’s African Leaders Summit in Washington, D.C. For my safety and the safety of my family, I have resolved not to return to the country while the current regime is still in power.

But from our bases in Dallas, Las Vegas, and Los Angeles, my sisters and I don’t have to hide our tears. We can show them to the world. We can speak up. And it matters.

In response to our campaign to free Alhagie and Ebou, the U.S. State Department is investigating their kidnapping. It has released a radio announcement and two press releases seeking information about their whereabouts and asking the Gambian government to assist in locating them. These developments have left me hopeful that one day Alhagie and Ebou will be released and allowed to come home.