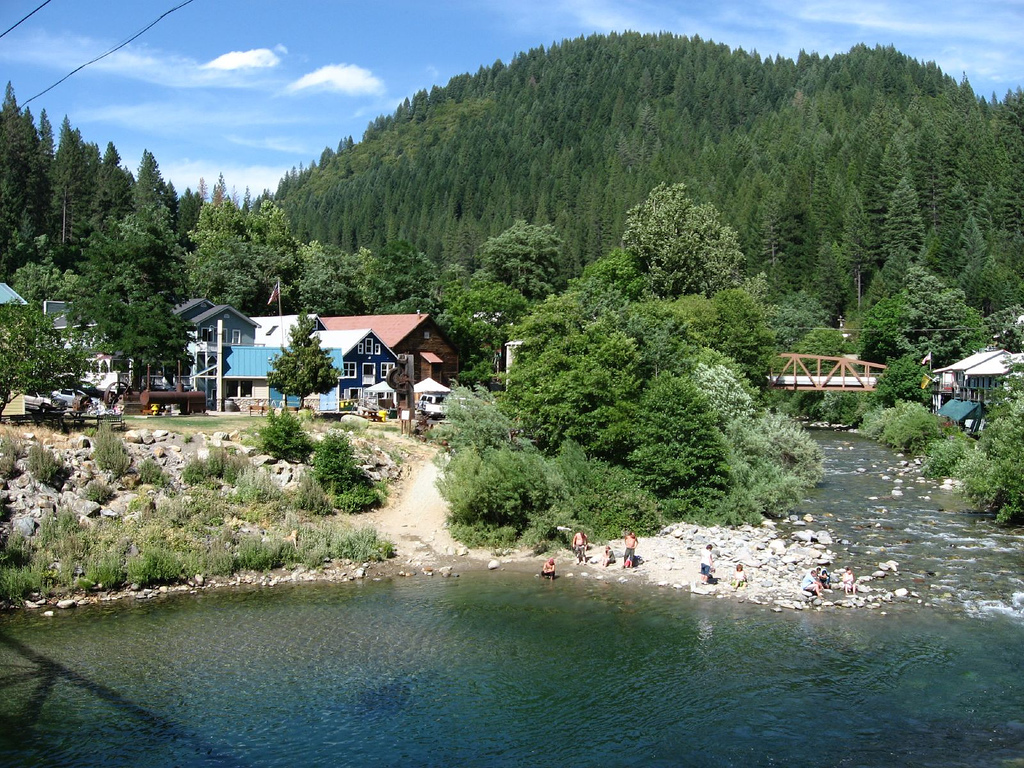 Thirty-eight years ago, a young nurse practitioner, who was a veteran of the Air Force and the Army, moved his family from Denver to Downieville, California, the Sierra County seat, to volunteer for the National Health Service Corps. The village was founded during the gold rush—in 1851, its population peaked at 5,000—but by the time we arrived, there were only about 500 residents in Downieville and 1,200 in the immediate surrounding area.

On my first night in town, I was hooking up the television for my children and by sheer coincidence received a fragmented radio signal through the TV receiver from the sheriff’s office: There was an emergency, and they needed medical help. I found the sheriff’s office and was promptly whisked to the scene of the crisis—a car resting precariously on an embankment 150 feet below the road, with an unconscious person inside. I was lowered down by a tow truck cable, then secured the vehicle and started the patient on an IV. He was lifted back up on a Stokes rescue litter and taken by ambulance to the nearest hospital—in Grass Valley, 50 miles away.

The next day as I went through town, my adventure was all the talk. I wondered, “What have I gotten myself into?”

When I arrived in Downieville that day in 1976, there was virtually no consistent primary medical care or integrated emergency medical services response to trauma and medical emergencies. Some vagabond EMTs were just beginning to train with the fire department, and the local Lions Club had founded a fledgling medical care system. But an emergency like the one I’d attended depended on well-intentioned citizens getting into cars and trying to help out. No one knew what a nurse practitioner was; I lacked any credibility except what I could do for the ill or injured.

Luckily, I loved what I was doing from the start, and my work became our family’s story.

The National Health Service Corps (NHSC), which places health professionals in rural communities, had sent me to Downieville to open a health clinic. The deal was that the NHSC would pay my salary and clinical expenses for a couple years before the operation would be taken over by the community.

I started by building the clinic’s infrastructure: buying equipment, hiring a support staff, developing integrated referral processes to make it easy for patients to see specialists, and creating an emergency response system. Because of Downieville’s geographic isolation, the clinic staff needed to be able to treat a wide variety of illnesses and injuries; finding nurse practitioners and physician’s assistants to cover such a range was difficult, though not impossible.

My staff and I took supplemental classes at the UC Davis School of Medicine (a 2 1/2 hour drive away) to fill in gaps. To provide many of the services I added, I had to be licensed through the state and approved by practice boards. For example, we had no pharmacy in town, so we got licensed to dispense medication.

After the NHSC placement and funding ended, I decided to stay on in Downieville with the support of the community. I was able to secure funding for my salary through the California State Rural Health Association. I also wrote grants to foundations and nonprofits to purchase equipment: a defibrillator first, then an X-ray machine. Grants helped build up the facility over the years, but we still operated on a month-to-month basis.

The biggest issue was that running the clinic was a 24/7 commitment. My wife, who is also a registered nurse, began working in the clinic as a volunteer, and eventually received grant funding. She and I were raising three sons together, and we rarely were able to take any time off because it was so difficult to find people to come up to Downieville and cover shifts at the clinic. Some people I had trained at UC Davis would come up occasionally. The American Medical Association rural doctors program would send a doctor to the community for two weeks. After 22 years, we got external funding so that I could take two regular days off a week with another provider on call.

In 2007, our peak year, the clinic offered access to a nutritionist, physical therapy, and home care, and had substantial savings in the bank. But then the recession hit, our grants started to dry up, and state funding levels dropped. My wife went back to being a volunteer.

Over the past few years, Downieville has been caught up in changes for funding health clinics. Federal and state priorities have shifted from rural and frontier areas to underserved, urban population areas. When you do the math, the cost-per-patient equation will always come out in favor of a clinic in an urban area. As a result, a rural clinic must rely on the support of a larger, population-focused clinic—which doesn’t have any incentive to provide rural patients with better care.

In 2010, the number of patients we were seeing yearly decreased from 4,000-4,500 to 3,000-3,500, and we joined forces with a clinic in Grass Valley that sees 17,000 patients per year. Originally, the Downieville clinic was guaranteed continuing support for our 24/7 medical care. But while the larger clinic in Grass Valley expanded, our smaller clinic withered. Nutrition, physical therapy, and dental services were all cut. Behavioral health services are now accessed via telemedicine.

On October 1, Downieville’s medical care is scheduled to be reduced to three days per week, with no after-hours care or weekend coverage. This means, after that date, the community will no longer have critical care or advanced life support coverage, consistent urgent care, or end-of-life home care. There is a great deal of uncertainty about urgent care needs: Does an X-ray require the expense and time of a trip to Grass Valley? The integrated frontier healthcare delivery system I built over decades is being systematically dismantled; I worry that a patient will come into the clinic one day and be greeted by nothing more than an iPad.

The cutting of care has galvanized Downieville, and we have previously won delays in implementation of the reduced services. The clinic is going to join forces with other community partners, including the fire department, to develop an integrated 24/7 paramedic and clinic system. It won’t be ideal, but it is sustainable. And it will probably be paid for by the people it serves—with support from a western Sierra County health services fee for all landowners, increased user fees for community events, and higher ambulance fees.

Now, under the Affordable Care Act, everybody has insurance. Theoretically, this means people should have more access to healthcare. But that’s not true in Downieville after the changes of the last few years. More insurance won’t help people if healthcare treatments are inconsistent or unavailable.

One of the changes expected to take place under Obamacare is more reimbursement for clinics. But such reimbursement is based on the number of people served. There are not enough patient encounters in frontier areas like ours to be sustainable without grants or government funding.