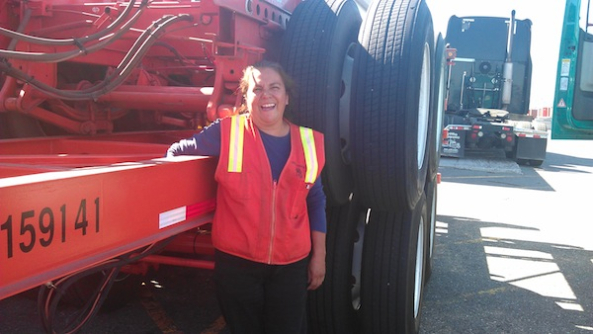 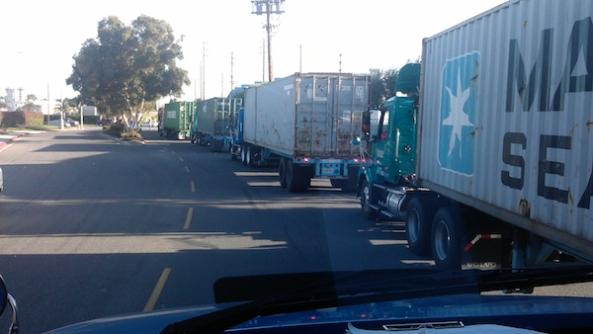 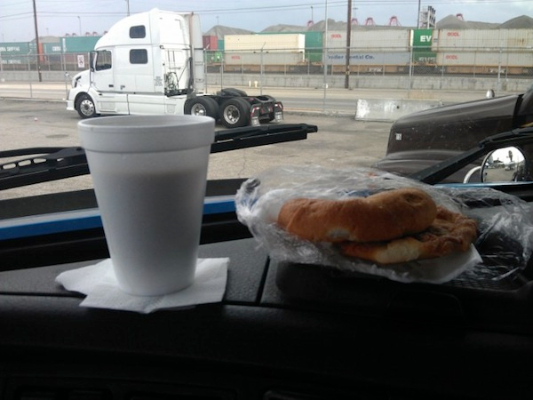 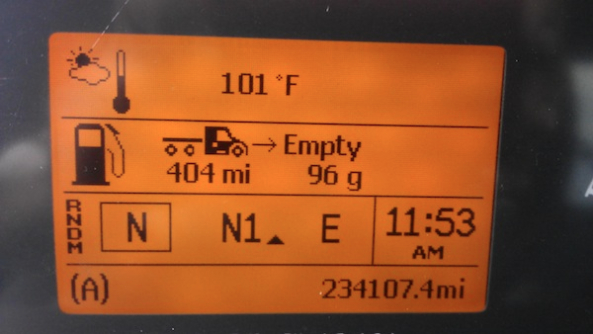 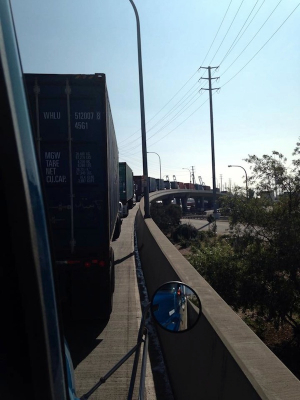 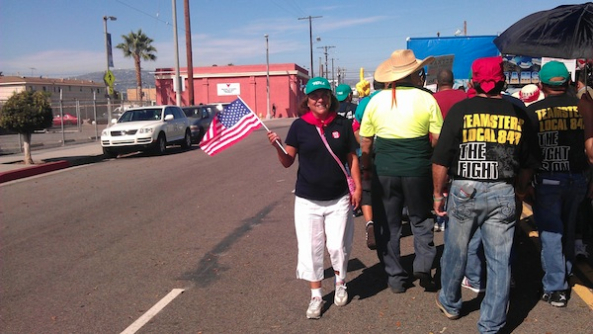 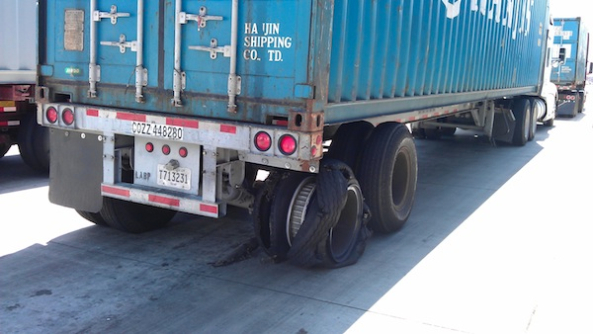 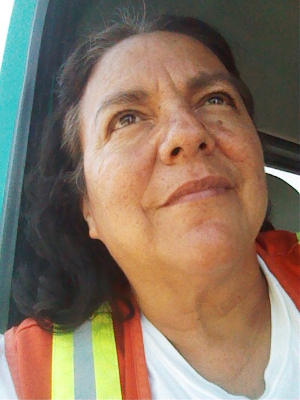 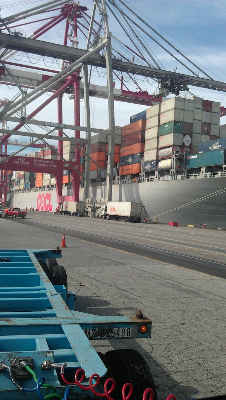 Beatriz Rios-Nava is a port truck driver. She’s also an enthusiastic photographer who snaps pictures with her cell phone on her trips to Ontario or Mira Loma or to the ports of Los Angeles or Long Beach. She captures the day as it unfolds: selfies in the cab of her truck, stacks of shipping containers, and long lines of trucks at the port where she waits (sometimes for hours) to pick up a load.

Those photos are now exhibited as part of “Solitude to Solidarity: A Journey of Our Collective Consciousness” at the Angels Gate Cultural Center in San Pedro.

“There’s a really important narrative in her photos that’s all about beauty and family and hard work,” said Ernesto Rocha, a community organizer for the Clean and Safe Ports Project of the Los Angeles Alliance for a New Economy (LAANE), who connected Rios-Nava with Angels Gate Cultural Center.

When Rocha met Rios-Nava last year, she shared about 2,000 of her photos with him. In March, he organized an exhibition of 66 of those images at a pop-up gallery in Long Beach.

Isabelle Lutterodt, the director of visual arts at Angels Gate Cultural Center, curated “Solitude to Solidarity.” “My question was: How can we take her story and distill it in a way for people to enter it and feel changed and touched like I did?” said Lutterodt. The answer was to bring two very different worlds–labor unions and the arts–together.

The photos are also featured in a 10-minute video in which Rios-Nava describes how she became a truck driver after working in textile industries. The story: She saw a woman driving a truck 10 years ago and thought, “I can do that!” Every day since, she’s been glad to see the sunrise through the windshield. But, until she was part of a union, she also faced instability. Those long lines at the port are extremely stressful for truckers who aren’t paid by the hour. Their paycheck at the end of the week can be as little as $5.

Angels Gate Cultural Center did not limit the exhibition to Rios-Nava’s work. They put out a call to San Pedro and surrounding communities, asking people to submit their own selfies and stories of reaching their goals. “Solitude to Solidarity” includes the photos and stories of dozens of others, including non-unionized port truck drivers.

“This exhibit is one woman’s exploration of what it means to be port truck driver but the story doesn’t end there,” said Rocha.

Learn more about “Solitude to Solidarity,” watch the video, and submit your own photo and story.