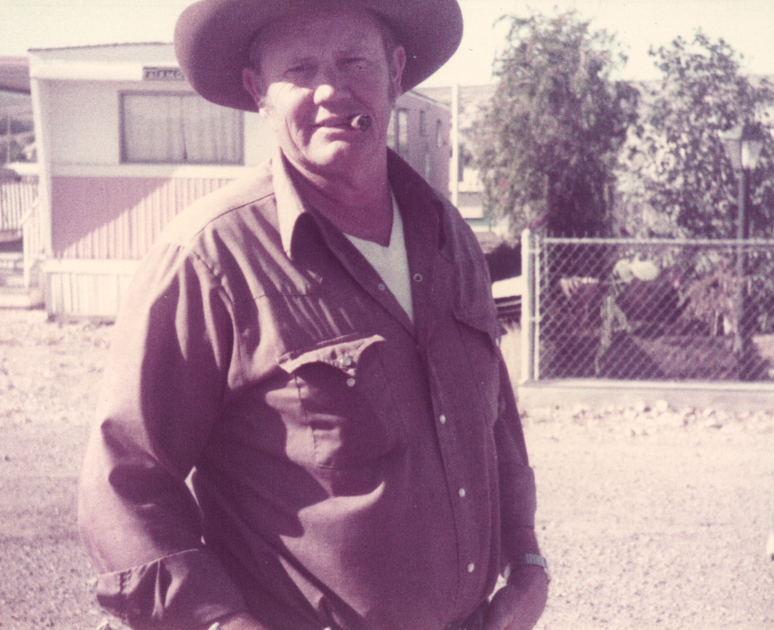 I had to go to a family funeral up in Apple Valley, I explained to friends and colleagues, as I canceled a day’s worth of appointments recently. They offered their sympathy, but what they said next confused me: “Have a nice flight.”

Flight? No one needs an airplane to get to Apple Valley from L.A. The town of 70,000 is only a 90-minute drive from downtown Los Angeles, even less than that from my home in the San Gabriel Valley.

Too many California places remain stubbornly invisible, despite their proximity to population centers. Apple Valley, in Southern California’s High Desert, is one such place. Apple Valley is one of four big municipalities in the Victor Valley that, taken together, have as many people as Oakland. But getting there requires a climb up Interstate 15 and over the 4,000-foot-high El Cajon Pass. Millions of Californians eager to make it to or from Vegas speed by without giving Apple Valley a second thought.

If they bothered to stop, they probably wouldn’t think much more of it. The bucolic name may lead people to assume it’s in Northern California, but there haven’t been apple orchards in Apple Valley in decades. It’s a safe place, but the people are poorer and less educated and more sprawled out than is common in today’s California, where such communities are thought of as anachronistically dispensable.
I drove up to Apple Valley because Uncle Dale–really my great-uncle–lived there and died there. And he was indispensable.

For Dale, the High Desert offered the dream of a big piece of land, a great home, and quiet after a life of considerable toil and struggle. During the Dust Bowl, Dale, barely a teenager, made his way west from Oklahoma with his father Bull, stopping to pick cotton in New Mexico and Arizona before finally landing in the Redlands area. There, the rest of the family, including his big sister (my grandmother), joined them to work in the orange groves and packing houses.

As an adult, Dale started driving trucks and never stopped, building a small family trucking business. But mostly, he took care of his family. When other male relatives behaved irresponsibly—a far too frequent occurrence—Dale stepped in, serving as a father figure to younger siblings, nieces, nephews, and untold numbers of younger cousins who all called him “Big D.” 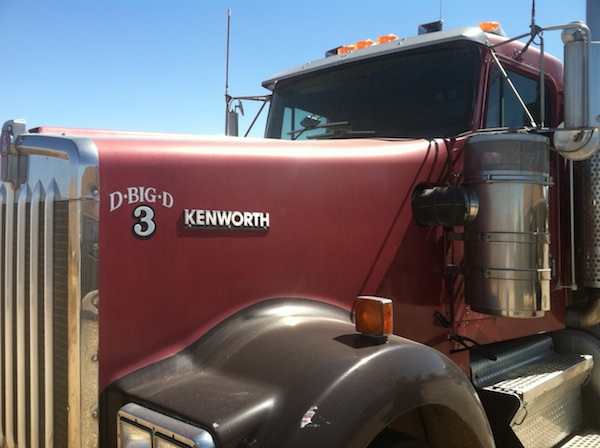 His interventions could make all the difference. In the 1950s, Dale was hauling sand to build much of L.A. State College (what we now know as Cal State L.A.) when he suggested to his baby sister Fern that she get her bachelor’s degree there. To make it happen, Dale put his three kids in one room and gave Fern her own bedroom in his home, then in the San Gabriel Valley. She graduated and spent 41 years as one of Redlands’ most popular elementary school teachers.

My mother likes to tell the story of how Dale took her in hand after she failed her California driving test–an unacceptable result for a niece of a great truck driver–and explained his three rules for navigating the roads of our state.

Second, only amateurs change lanes–so stay in your lane, dammit.

Third, and most important, the secret to success in driving (and perhaps in life) is to maintain a constant speed.

A man with this kind of wisdom belonged in the High Desert, and so he moved up there 30 years ago. Dale could live like a cowboy–he loved to wear boots and big hats–without entirely leaving behind Southern California. In the 1970s and ’80s, this kind of life on the edge was a common dream, and the Victor Valley’s population grew. Roy Rogers and Dale Evans established their museum in Apple Valley in 1967. By 1988, Apple Valley had grown enough to incorporate, though it insisted on being labeled a town, not a city. (About two dozen California “towns” have made a similar choice.) The irony–that parched Okies like my family members had found their slice of paradise in the California desert–was not lost on them. From dust to dust.

Dale’s home was a wonder. It had a big barn with actual hay, a horse you could ride, and scrub where you could play all kinds of invented games. The house’s main room was a man cave with better natural light and a full bar in the center: I loved big family Thanksgivings there. My grandmother, an aerospace line worker, bought a piece of property nearby and planned to build a place near her brother’s, but cancer took her before she got around to it.

Dale’s business was strong; he and his sons moved all kinds of things–most recently milk–around California and the West; he sometimes parked his truck on our leafy street in Pasadena when he had to haul something “down the hill”–his name for Los Angeles.

Then the recession–the one in the early 1990s–hit, hard and brutal. Trucking and other businesses soured, and never quite came back. Eventually, Rogers and Evans moved their museum to Missouri. (Before people proclaim a “California comeback” from 2008’s Great Recession, maybe we ought to consider recovering from the earlier collapse first.) Dale and his wife Verb–their marriage, ended only by death, lasted 67 years–eventually moved in with one of their sons in a nice spot in Apple Valley, but Dale still couldn’t, or wouldn’t, retire, driving into his 70s.

He spent the last couple years in pain, often stuck in bed, amusing himself by shooting vermin he spotted out the window. Relatives noted that his passing last month had been a blessing, sparing him hurt and allowing the local squirrel population a chance to recover.

The graveyard service was in a little cemetery, a couple hundred yards from the Route 66 Museum. The wind never stopped blowing as we told tales of Dale. (Theological question overheard at a trucker funeral: If you were damned for all eternity, would you rather do the time in hell or at the California Air Resources Board?)

Then we made the right turn onto State Route 18–the “Happy Trails Highway”–to Apple Valley for lunch. It was the usual overwhelming spread: yards-long sandwiches, every form of carbohydrate, and KFC, because it just isn’t a Humphrey family gathering without fried chicken.

After four hours of food and reminiscing, my 3-year-old started to tire. We said our goodbyes and headed back to the car. It was Friday afternoon, and it would be a long, tricky drive down the hill.

I resolved to maintain a constant speed.