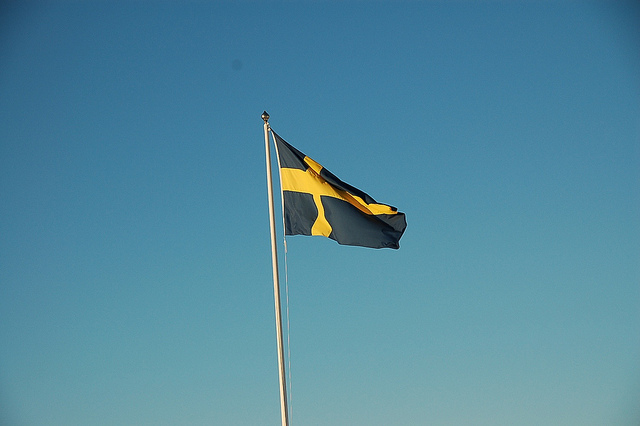 I did not receive the warmest welcome from my colleagues four years ago, at my very first meeting of the Falun Election Commission. In fact, most members of the authority in Falun, the Swedish city of 57,000 where I live, were surprised I had called a meeting at all.

“What is this all about?” a colleague asked me. “The next elections are in four years and we had just an election with a great turnout. The only thing we are elected to do is administer the next elections.”

My colleague had a point. The Swedish law makes clear the election commission’s job is to administer elections, full stop. And participation in the 2010 local, regional and national elections here in Sweden—which are held together at the same time—was terrific. Turnout of those eligible to vote was 82 percent.

That may sound like another world entirely to people in Los Angeles, where I’m visiting this week in part to observe preparations for Tuesday’s elections. I know that you’ve been setting records for low turnout—just 23 percent of registered voters in last year’s mayoral election, less than 10 percent for a school board special election this past summer.

But I also know this: Whether you’re in high-turnout Sweden or low-turnout L.A., the task of getting people to participate must be a constant, year-round focus of attention, not just an issue of concern at election time. Conventional wisdom is that turnout is beyond the control of election organizers. I’d suggest–after spending the past four years trying to raise turnout for the 2014 elections–that election administrators can make the difference. And not to brag, but there’s this: Turnout in Falun for September’s elections was up 5 percent–to 87 percent.

Whether you’re in high-turnout Sweden or low-turnout L.A., the task of getting people to participate must be a constant, year-round focus of attention, not just an issue of concern at election time.

I’m highly sensitive to the issues of participation because democracy is such a big part of my life. I’m a professional journalist for Swiss radio who covers a lot of elections around Europe and the world. I’ve been an official observer of elections (my co-observer President Jimmy Carter failed to show up when we were paired recently as observers of Taiwanese elections). And I vote in two different countries because I’m a citizen of Sweden and Switzerland, as well as the European Union.

In all these contexts, I’ve seen that the places with the greatest participation do not necessarily have the most media coverage and campaign materials demanding that people show up at the polls. The places that improve participation tend to be places where regular people connect with politics and make collective decisions all the time, not just in election season.

In Falun, I wanted to take advantage of new initiative and referendum rights in Sweden and Europe to try to boost participation. After that first uncomfortable meeting, my colleagues decided that the role of our local government was to make sure that people understood these new rights and how to use them.

But it wasn’t enough to just notify people. My colleagues on the commission insisted on a test of our work in what came to be called a “supersized participation challenge.” All of our work between elections would be measured by whether or not voting participation increased.

One of our first ideas was to develop and distribute a “Democracy Passport” to every citizen; We made an extra effort to get it into the hands of first-time voters. The passport is the size and shape of a national passport, and it described all the political powers that Falun citizens have and all the forums where they have the right to weigh in–at the city, state, country and European Union level. The passport explains which levels of government do what, as well as what you can do to influence the government.

We also opened a “Democracy Center” at our public library, offering a free public space for democratic information, education, and dialogue. We hired a full-time “Democracy Navigator,” whose job was to assist individual citizens and groups to make their voices heard. Finally we started to renew the city’s online services, incorporating modern forms of transparency and citizen interaction.

We did all of this with the agreement of each of the nine political parties in the city parliament, which consists of 61 members. Our message was a paradigm shift: We need to move away from the idea that citizens are just consumers of political programs and parties and start seeing them as direct participants in the community. In this, we had a distinct advantage: Sweden’s long history of democracy has generated significant trust in public institutions.

After three years of work (in which I also chaired another public body, the Falun Democracy Council, which did related work), we reached the “months of truth” this year. Elections for the European Union parliament were held in May, and then the joint elections for local, regional, and national Swedish parliaments were held in September.

Determined to boost participation, we made use of our very generous voting regulations; we permit early voting, voting by mail, and even second voting. What’s second voting? People who voted early can go to a polling station on Election Day and change their vote in person; When people do this, the vote in the polling station is accepted and the advance vote declared invalid.

We also have automatic voter registration—you don’t have to sign up yourself. And we have been aggressive in making sure that voters who were not born in Sweden but have lived here for three years (non-citizens with residency can vote in local and regional elections) are on the rolls. We organized meetings with Somali-Swedish women, translated the Democracy Passport into Arabic, and invited new voters to participate in walks we organized and staffed with interpreters to the offices of elected officials, political parties and interest groups.

In the end, we met the supersizing challenge. At the European elections in May–elections where turnout has been lowest in Sweden–we boosted turnout from 45 percent to 54 percent, among the highest in Sweden.

And in the mid-September elections, we went from 82 percent to 87 percent. That’s healthy, of course. But it’s not good enough. We’re already planning for the next elections, and thinking about how to invest more in our democratic infrastructure.