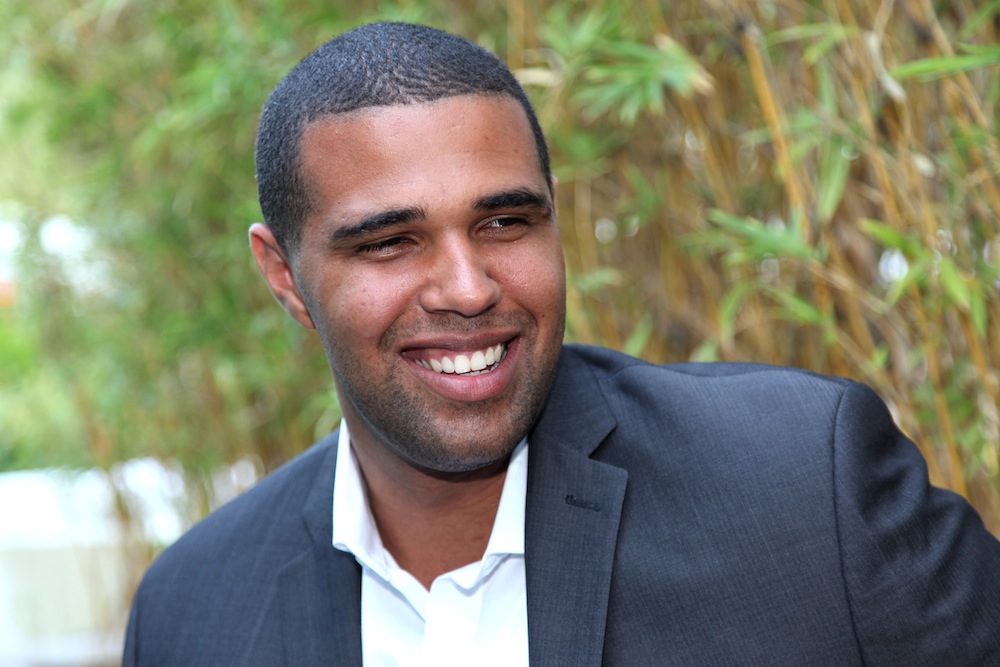 Prophet Walker helped create a Youthful Offender Pilot Program in California prisons and is a founding member of the Anti-Recidivism Coalition. After being incarcerated as a teenager, he went on to graduate from college, and recently ran for California State Assembly. Before participating in a panel on why California and America have so many people in prison, he talked about torturous childhood nicknames, his love of Mexican food, and the life-changing advice he received in juvenile hall in the Zócalo green room.

I’ve always wanted to be a singer. So maybe John Legend’s.

What worries you the most?

Making sure my daughter grows up to realize her full potential, and I’m able to help her get that.

What food are you most likely to binge-eat?

What does it take to get you out on a dance floor?

The right event. I cannot dance for the life of me, but I’ve done a lot of political events now where I’ve noticed that it’s—you know, a little bit of fun when you just go for it.

It was torture because of my name. But as a kid I was Moses and Abraham. Pee-Wee. And P-Dub.

What’s the last board game you played?

I was in juvenile hall, and I was told that I didn’t speak loud enough, and I sort of said, “Well, I don’t have a loud voice or a loud disposition,” and the guy said, “You have to make people do their job and hold them accountable, and that’s speaking loud.” And likewise, I have to hold myself accountable.

What movie have you re-watched the most?

Do you have a favorite household chore?

I’m thinking through the easiest one. [Laughs.] Maybe laundry.