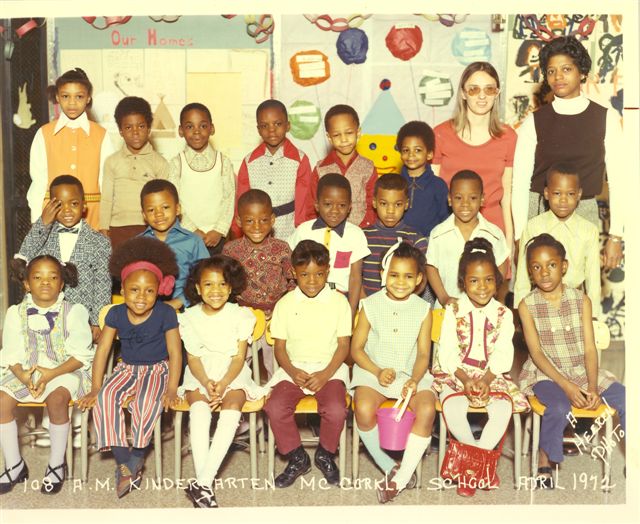 I was 20 years old when I graduated from college in 1967—the first woman from my family to take courses past high school. My cousin Adolfo was my only other relative who finished college, and everyone thought he was a bit nutty for doing it.

I needed to get a job right after I graduated, but my English lit major was not a direct path to employment. As fortune would have it, I heard an ad on the radio for teaching jobs with the Chicago Public Schools. On a Friday, my friend and I went to their downtown offices to apply. I was again in luck: My first grade teacher was in human resources and helped us find a school. A “good” school. As it turns out, she meant one where the principal was almost invisible. The following Monday, I started as a second grade classroom teacher at Matthew Henson School on the West side of the city. I had not been in a second grade classroom since I had been in second grade.

I had been double-promoted twice in the Chicago Public Schools, had an undergraduate degree from a very reputable university (the University of Illinois), and I wanted to do a good job. But I was woefully inept. I did not have the skills to teach children how to read, write, and do math. When I stepped into my classroom—which was actually a mobile trailer in the playground—I quite literally did not know what to teach or how to teach it. Math lessons were straight from the Teacher’s Guide, a book that was published to be a companion to the workbooks the children used. I did not use it as a guide—rather a “bible!” And then I had the second graders go the chalkboard and practice, the same way I had been taught—no imagination there! When my students did not understand a lesson, I simply taught it again and again—in the exact same way.

I quickly realized that I did not teach in a vacuum. I had one child who was very angry; occasionally something would set him off, and he would rip up papers and stomp around the small space, scaring everyone, including me. The school itself seemed like a foreign planet in a high-crime, high-poverty neighborhood and, surely, there were a lot of things happening that would justifiably make anyone angry and scared. No one in the school knew how to help this student, and there was no one in charge for me to turn to either.

I went to non-relevant teacher preparation classes in the evening at a state college. The instructors mainly tried to sensitize us to issues of race and poverty. But what I really needed was to understand how children develop—and then how to teach them.

I am now the dean of the Mary Lou Fulton Teachers College at Arizona State University, which prepares people to become teachers, a preparation I did not have. Because of my seven and a half years teaching in Chicago, I know that it takes fully prepared and committed person to become a good and effective teacher. I have devoted a great deal of my professional life to supporting teachers to begin their jobs with the skills they need to help children learn right from the start.

But how do you prepare an expert teacher?

One theory is that the best teachers have only to be the “best and brightest” people. It would be convenient to think that any smart person can step in a classroom and work magic—but teaching is like every other profession: There are learned skills that have to be practiced. And teachers have to be in the company of master teachers who observe them and help them develop. How many professors have all of us had who, despite being geniuses, could not teach a lick of their deep knowledge of content to students? Yes, there are some people who are preternaturally gifted—but it is more at the level of craftsman rather than master. To become great, they hone their skills. They read more, think more, and develop along the way.

Which isn’t to say we don’t work to recruit top students at Arizona State University. Over the past few years, education schools have been experiencing decreased enrollment. However, we decided that making our programs more rigorous would eventually draw more and, perhaps, better academically prepared students into our program. We also started requiring more math and science courses. Our numbers of undergraduate students are going up slowly. Districts are telling us that more teachers are deciding to retire as the economy improves. And more jobs may create a bigger incentive to go into teaching. However, the low pay and the low status of teachers in America today remain a recruitment hurdle.

Another issue in preparing teachers is whether theory or practice should drive programs. Should we focus on preparing teachers in the skills necessary to “manage” and teach their students, or is it really the ideas that should drive those practices? As a second grade teacher who had no education in theory, I taught the way I remembered being taught and did what was the most immediately effective. I later found out that my methods were developmentally inappropriate for young children—and boring, too. Young teachers tell me that they find practice trumps theory. But the best programs teach learning theory and research about good instruction, and then provide opportunities for practice with lots of supervised experiences with real children.

At ASU, we have developed a yearlong student teaching residency, iTeachAZ, where 20 to 25 students are placed in high-needs schools or districts and supervised by a full-time, on-site ASU clinical faculty member. Our teacher candidates co-teach with mentor teachers who have had special online training. Teacher candidates also take methods classes, taught by our faculty, in the school—allowing them to practice what they’ve learned immediately.

As a dean, the students I graduate are far better classroom teachers than I was even after years of practice. But I also know—from firsthand experience—that educators at all levels can grow and learn—but it helps if they have good teachers themselves.