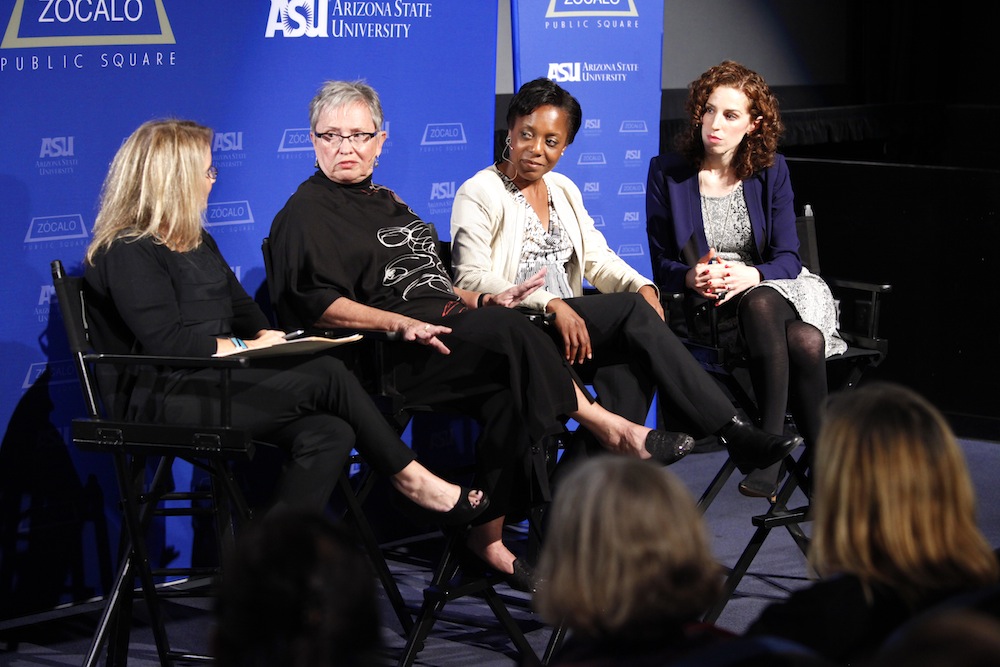 We’ve all had bad teachers—and many of us have had great teachers, too. It seems as though it should be simple to figure out what the great ones have in common, and how to instill those traits in teachers-in-training. Yet figuring out what defines a great teacher—and how to make more of them—is a complicated and even contentious subject, said a panel of education thinkers at an event co-presented by the Arizona State University Mary Lou Fulton Teachers College.

“The one thing I would change would be the status of teaching,” said Koerner—pointing to Finland, where teachers have a higher status than doctors.

Mari E. Koerner, the dean of the Mary Lou Fulton Teachers College, offered a straightforward answer: “Someone who can build relationships with children, with parents,” she said—and who “has knowledge about what they’re teaching and knows how to teach.” The great teachers connect with the child and the child’s life—and they have something to teach, she said.

Stephanie Wood-Garnett, managing director of the Learning to Teach Fund at NewSchools Venture Fund, added that a great teacher is also “a person who can help a child move from where they started to a different point in their learning.”

Although she didn’t disagree, education reporter Elizabeth Green, author of Building a Better Teacher, said that a number of the assumptions the public makes about what makes a great teacher have been totally disproven by research. We tend to think about our great teachers as having distinctive personalities or charisma—but researchers have not found a personality trait that correlates with teaching skills. Some researchers were so desperate to find a common denominator, she said, that they even tried studying strength of grip. “What actually matters is what a teacher knows and what a teacher does with kids,” she said.

Koerner also cautioned against some of the assumptions we make about our educators: “You don’t have to be heroic to be a teacher,” she said. Like a good doctor, a good teacher is someone who serves his clients well.

How, asked Shuster, do you measure that service or performance?

Wood-Garnett said that observation is one of the best ways to know if a teacher is doing a good job. Mentors and supervisors need to provide a feedback loop—observing a lesson, asking the teacher to explain the lesson plan, asking him how the lesson went, and what he would do differently next time.

This puts some of the onus on making great teachers on their leaders. We don’t talk about leadership in schools, said Koerner. But “it’s hard to be a good teacher in a school that doesn’t have a good principal.”

How big a factor is recruiting top-caliber teachers in the first place? Shuster pointed to Teach for America as an organization that’s “done an amazing job of telling college graduates … ‘Forget Goldman Sachs, be a teacher in Baltimore.’” How do they do it, and does it work?

Green said that recruiting the best and brightest people to teach is “absolutely not” a guarantee of better results. For years, students of Teach for America teachers did not outperform the students of traditionally trained teachers. Teach for America is getting better results today—because they realized that their teachers need training, too. You can’t just put a smart person in the room and expect her to figure it out, said Green.

Koerner pointed to the absurdity of telling people who want to teach for the rest of their lives—who have gone to college to be teachers—that they’re less desirable than people who want to be a teacher for just two years. To combat this kind of attitude, the Mary Lou Fulton Teachers College has raised its standards and made its program more rigorous. The school also funnels out students who aren’t going to be good teachers—they earn a degree but are not classroom certified. We want kids to know this is not a fallback program, said Koerner.

As the discussion concluded, Shuster asked the panelists to name one thing they would change about teacher preparation in order “to make sure that all students get a good teacher in the classroom.”

“The one thing I would change would be the status of teaching,” said Koerner—pointing to Finland, where teachers have a higher status than doctors.

Green concurred. Commonness is “the whole game,” she said. We don’t have a common definition of what learning or teaching should look like, and kids suffer as a result. 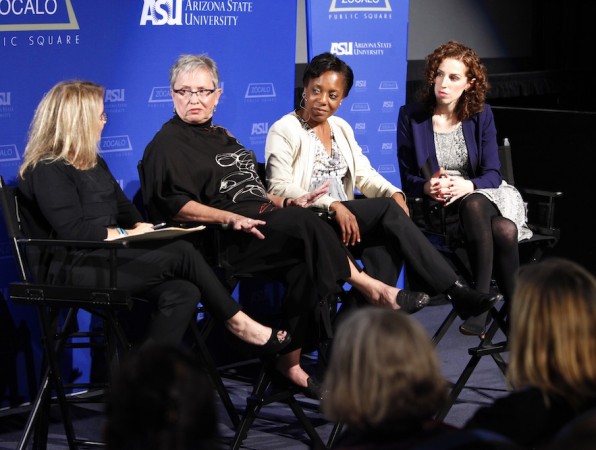 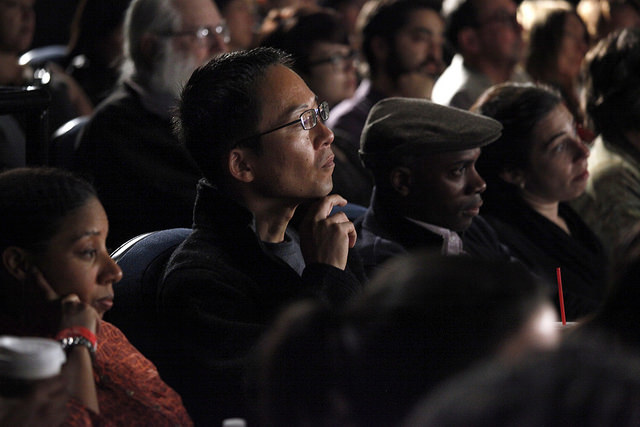 A large crowd came out at the Downtown Independent 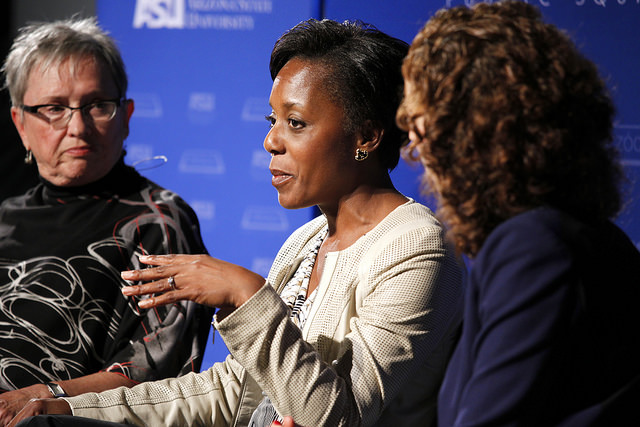 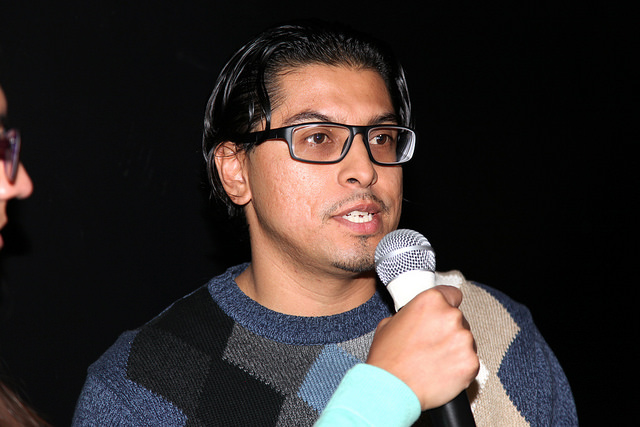 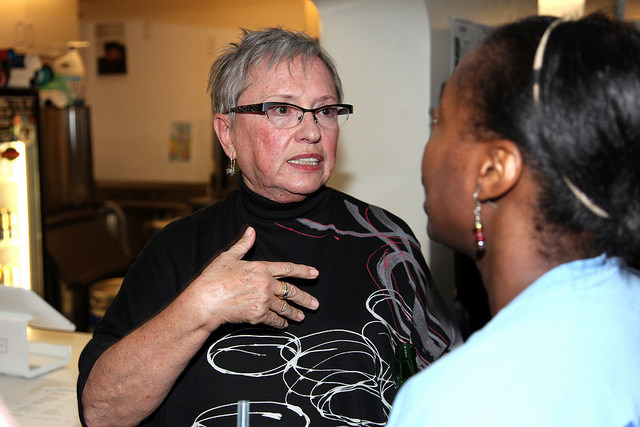 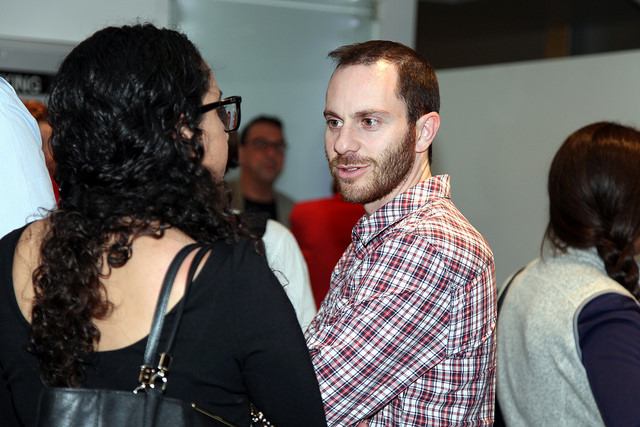