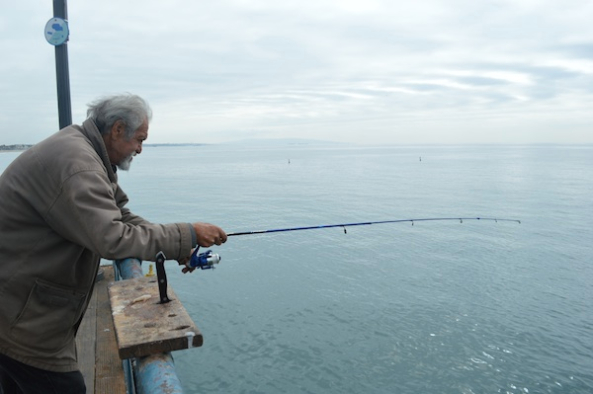 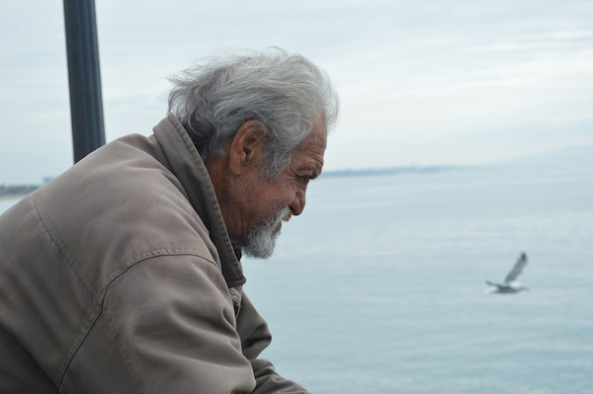 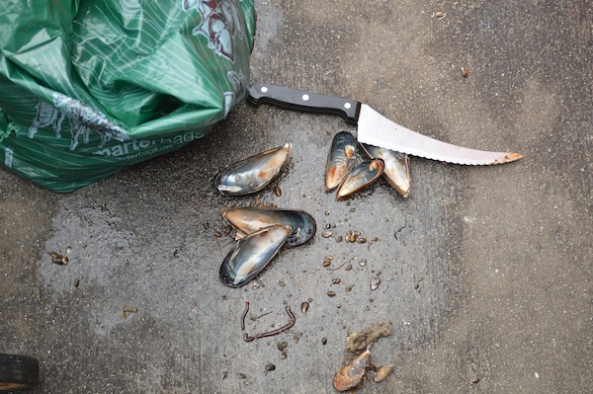 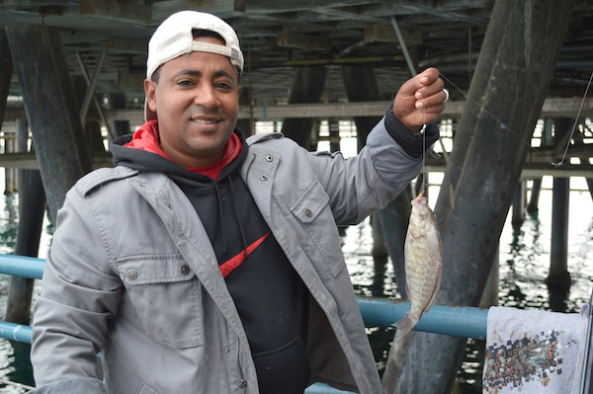 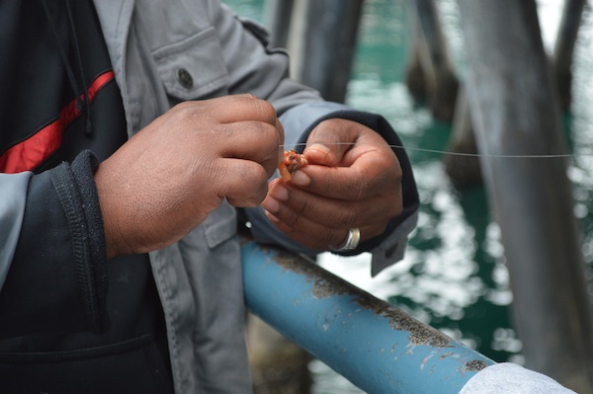 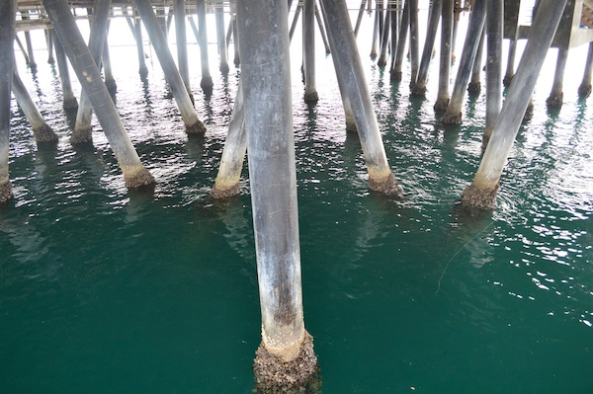 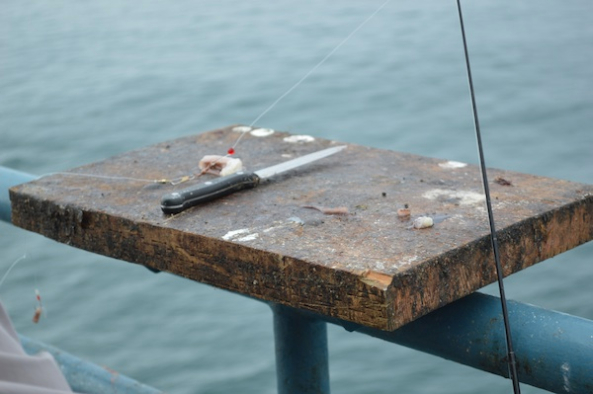 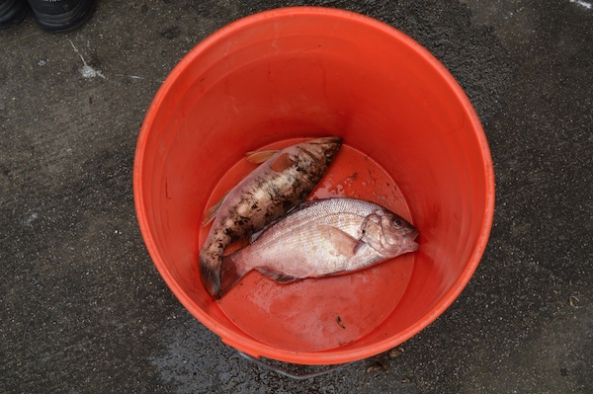 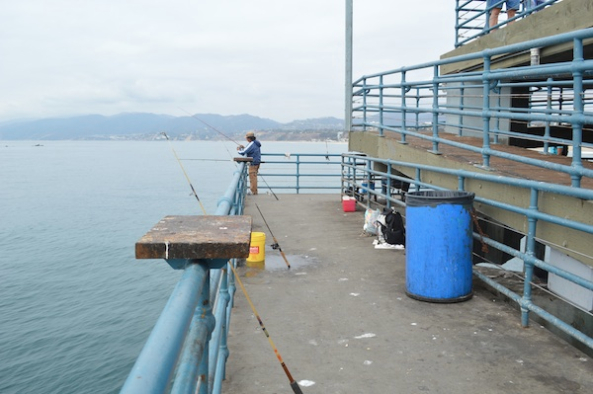 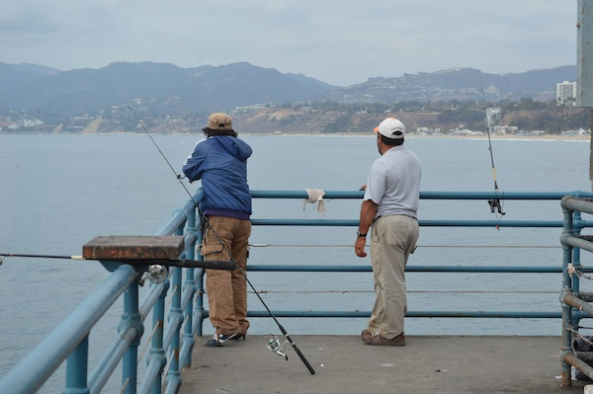 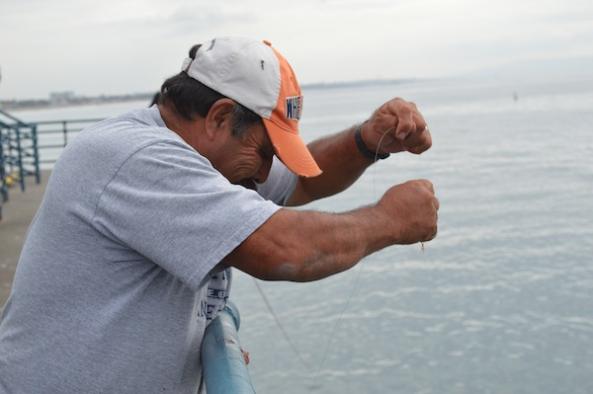 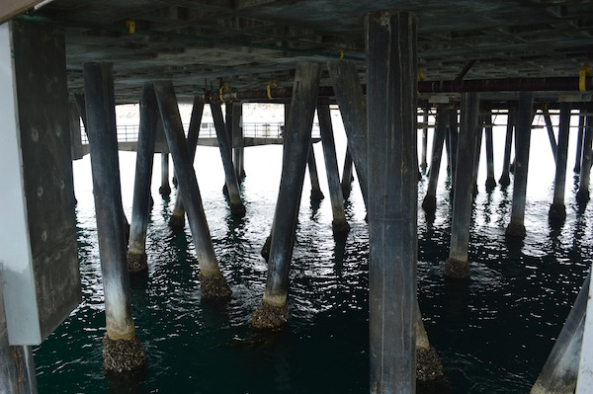 On the lower deck of the Santa Monica Pier—below the Pacific Park solar-powered Ferris wheel, Inkie’s Pirate Ship ride, and oceanfront West Coaster—there’s a quiet community of fishermen and women.

Many tourists from the top deck stare at the anglers with awe. Fishing is these folks’ art. And it looks much easier than it actually is. The Santa Monica Pier fishers don’t make much. One fisherman said he could make $25 for the foot-long fish he caught that morning, but he’d prefer to take it home to his family.

Fishing, they say, is both recreation and relaxation. For some, it’s an activity to do in-between jobs and on days off from other work. Pier fishing requires incredible patience and the acceptance that the day’s only conversation may be with the ocean breeze itself. Along with their coolers, and their buckets of shrimp and mussel bait, the fishers bring portable DVD players to pass the time until they see their rod shaking.

They’ll all congratulate someone for reeling in fish. “Bravo! Bravo!” Anything outside a legal-size catch, they toss it back. The fishers have to follow a lot of rules, which vary by season, depth of water, and species of fish. There are rules about the size of fish and daily limits on the number that can be caught. Regulations, though, are not all that limit the fishers. Occasionally, a duck snatches a fish as it’s being reeled in. Everyone laughs: They’ve all been there at one point or another.

Fishing is unpredictable, they say. But, as one fisherman put it: Fishing is for killing time before time kills you.