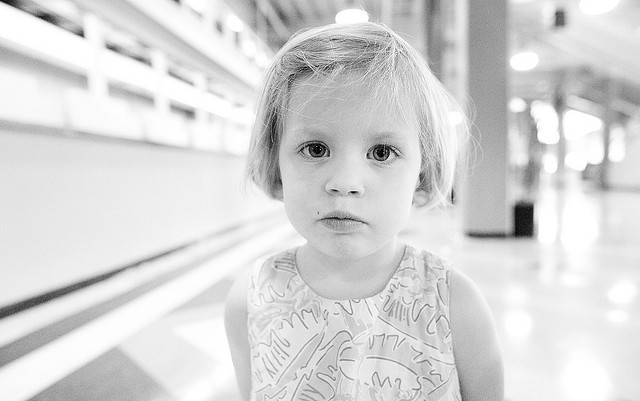 In 1989, as a new mom and a new doctor, I spent my days tending to young patients as a pediatrician in training, and my nights caring for my own 1-year-old son. At the time, I never heard anyone speak about the Convention on the Rights of the Child, which was passed the same year. Perhaps it was the news blackout I lived in working 120-hour weeks in Boston, the fact that my dual roles left little time for reading anything other than Goodnight Moon to Ben and medical journal articles, or perhaps the convention didn’t get much news coverage in the U.S.—international agreements often don’t.

The Convention on the Rights of the Child, which turns 25 this month, quickly became the most widely adopted human rights treaty in history. It makes sense: What country wouldn’t agree to a document that calls for all children to have healthcare, an education, a chance to grow up outside of poverty, and the opportunity to live to the fullest of their abilities free from discrimination?

Well, actually—the United States. Along with Somalia, the U.S. remains the only U.N. member to fail to ratify the CRC (even the world’s newest country, South Sudan, is well on its way). So should we be troubled?

While a small fraction of American children get access to outstanding healthcare and educational opportunities, the average American child is doing worse than she would be in other high-income countries.

Over 25 years of working with children both in the U.S. and more than 40 countries around the world, including with children whose families were destitute, who were at risk because their parents died of AIDS, their family was displaced by war, or made homeless after a natural disaster, I worried that the failure of one of the world’s most powerful countries to sign this international agreement would undermine efforts to improve the conditions of all of the world’s children. How could we advocate for other countries to do more when we didn’t even ratify the Convention? Indeed, our credibility as a country is weakened by this inexplicable failure. But I was wrong to anticipate that it would only affect children in other countries.

While hundreds of millions of children worldwide still face serious risks, children are now far better off than they were 25 years ago. The global infant mortality rate has been cut in half since 1989. Enrollment in primary school has soared and the gender gap in primary education has been reduced, to name just a few successes.

But in the U.S., we haven’t seen the same progress; our politicians have not focused on our children’s outcomes, and as a result, we haven’t kept up with our global peers. While a small fraction of American children get access to outstanding healthcare and educational opportunities, the average American child is doing worse than she would be in other high-income countries.

When the Convention on the Rights of the Child passed, the U.S. ranked 23rd for infant mortality in a list of today’s 34 Organisation for Economic Co-operation and Development (OECD) countries. By 2013, the U.S.’s ranking had dropped to 30th of 34. Only significantly lower-income Slovakia, Chile,
Mexico, and Turkey have higher infant mortality rates than the U.S.

We’ve also fallen behind in education, as measured by a triennial survey of test scores of 15-year-olds. Among OECD countries, our rankings for mathematics, reading, and science have all fallen since 2000; in math, we rank 27th out of 34. Today, 21.2 percent of American children live in poverty, compared to the OECD average of 13.3 percent.

Our laws have fallen further behind, too. With each passing decade, the U.S. has grown increasingly isolated in its failure to provide basic supports to parents and children. As just one example, the U.S. has become one of only a handful of countries around the world that don’t provide paid leave to new moms. U.S. minimum wage and other policies designed to help families exit poverty have similarly lagged, which helps explain why twice as many families are living in extreme poverty today compared to two decades ago.

Ratifying the CRC will not instantly reverse all of the harmful trends among American children, and there are certainly ratifying countries that have not lived up to promises they’ve made in this regard. But ratification would matter.

When we publicly commit to a set of objectives, we’re more likely to reach them. Anyone who has tried to quit smoking or lose weight knows this—as soon as you say your goal out loud, you’re more likely to be held accountable. Being part of a community with the same goals also helps; and with the CRC, countries can learn from the successes and failures of other nations that are geographically or economically similar.

Indeed, in a number of high-income countries, passing the CRC made a real difference. In the U.K., for example, the government has committed to the goal of ending child poverty by 2020 through comprehensive approaches to poverty and early childhood. And a number of countries–including Australia, Finland, Portugal, and Singapore–have introduced or strengthened legislation guaranteeing parents paid leave to care for a new baby, among other measures to address the goals of the CRC.

After 25 years of the U.S. falling further behind on the opportunities available to children and families, we can’t afford to lose any more time. Let’s call on our senators this month to take action and ratify the CRC. In the past, some senators have questioned whether the U.S. could adopt the CRC without sacrificing our sovereignty—yet 190 other U.N. members have managed to do so without forfeiting their independence or ditching their constitutions.

Let’s cease to be one of the world’s only outliers. Public commitment to the CRC could be the first step forward for American children and holding our government accountable. And U.S. children need that step now more than ever.