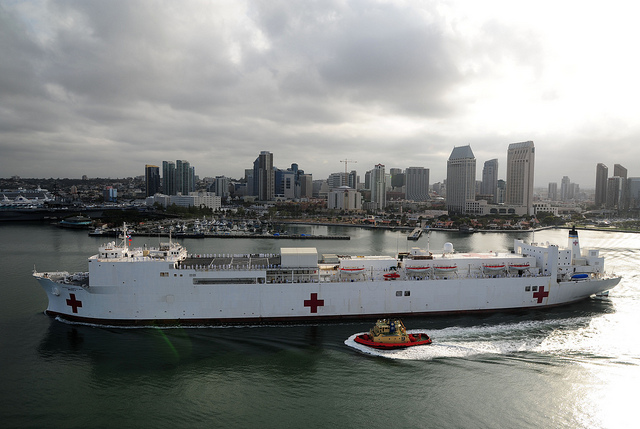 Yes, it’s way too early for any verdicts about the Affordable Care Act and its implementation, even in California, which has embraced this messy mash-up of a law more rapidly and firmly than almost any other state. It may be that we’ll never be able to evaluate Obamacare coherently—it’s simply too complex and contradictory, a wave slowly remaking one-fifth of the economy via regulatory jargon and codes that test the limits of human understanding.

But if Obamacare is ever to fulfill its core promises—of bringing health coverage to those without, of driving health innovation, and of improving community health—I’d bet those promises will get fulfilled in San Diego first.

While some parts of Southern California—sections of the Inland Empire and Los Angeles—have lagged in health coverage enrollment, San Diego nearly tripled projections.

Why does place matter in how a big federal law plays out? Because the heart of Obamacare is the creation of healthy, competitive regional markets for health coverage and, eventually, for healthcare itself. When you buy a health insurance plan in one of these markets—the so-called exchanges like Covered California—you are not buying into a national plan or a state plan but into a regional plan. Your age and where you live are the only two factors that insurance companies are supposed to consider when they give you a price on health insurance.

California is divided into 19 such Obamacare regions. And in building its regional market, San Diego already holds a lead, as no other market in California has more insurance carriers offering plans. While some parts of Southern California—sections of the Inland Empire and Los Angeles—have lagged in health coverage enrollment, San Diego nearly tripled projections.

Those enrolling in San Diego can choose from among a broader, more diverse mix of high-quality health providers than are available in less populous regions of California. And the fact that San Diego County is all in one Obamacare region (Region 19) may make Obamacare less confusing than in greater L.A. and the Bay Area, which are divided up into multiple regional markets.

San Diego also is distinguished by how its providers have embraced Obamacare. One of its two dominant local health providers, Scripps Health, will be in more insurance networks next year than it was this year. And the other, Sharp—an intensely local company (it’s San Diego’s largest private employer) that is both a healthcare provider and an insurer—set a tone in San Diego by seizing on the Affordable Care Act with more focus and fervor than any other company in California. Most strikingly, Sharp decided to enter the individual market for health insurance plans with the advent of Obamacare. In its first year, it secured more than 10 percent of the Covered California plans sold in the San Diego market.

Such success reflects not only on Sharp but also on the advantage that Southern California health organizations have had in adapting to Obamacare. “Managed care”—the management of cost, care, and patient populations most closely associated in California with Kaiser (another strong competitor in the San Diego market)—has been a fact of life here for two decades, making Obamacare’s emphasis on managed care less of an adjustment.

And when it comes to building a new, more technologically advanced health system in the future, San Diego is extraordinarily well positioned. Its regional economy combines strong research institutions with strong life science, pharmaceutical, software, and communication industries, making it a potential leader in the emerging “mobile health” industry. It doesn’t hurt that San Diego is home to leading thinkers of so-called “personalized healthcare,” like Dr. Eric Topol, a cardiologist and chief academic officer at Scripps Health.

“If intelligent people work hard to take advantage of the distinctive combination of industries that are already thriving in San Diego,” said a recent article in the journal of UC San Diego’s Rady School of Management, “we can create relationships that will result in the technology innovation that the health care market needs.”

That may sound overly optimistic this weekend, as phone lines jam and websites crash with Californians trying to secure Obamacare plans before the December 15 deadline. The San Diego-based insurance agent Craig Gussin, who sells policies all around California, warned me that in this moment, one shouldn’t make too much of any San Diego strengths in healthcare. “It’s all a mess right now, everywhere.” And, as they did throughout the country, rates in San Diego rose in the first Obamacare year—up by nearly 6 percent.

The good news is that it’s hard to go very far in San Diego without bumping into people who want to help you figure out your healthcare options. On one rainy weekday afternoon last week, I found a half-dozen different places with special seminars or services to help me with existing or new coverage.

In the lobby of Thornton Hospital, part of the UC San Diego Health System, Covered California had a pop-up service for enrollment and questions. When I told them I was covered, the staff offered me strategies for convincing family members, neighbors, and even my accountant and gardener to sign up.

In the evening, at a Sharp Health Plan office just off the 163, I dropped by a free hour-long seminar that offered a crystal-clear, warts-and-all explanation of the Affordable Care Act and the choices facing insurance-seeking San Diegans. Maybe it’s because it is the Christmas season, but the Sharp people—in a style reminiscent of Miracle on 34th Street, when the department store Santas send customers to competing stores—talked up the virtues of competitors’ health plans as well as their own.

If I needed to enroll, I was invited to attend a future “enrollment lab” where Sharp staffers with iPads would help me get online and navigate the website maze. If I needed to call Covered California, I was advised to avoid business hours (we can’t get through ourselves during the day, one staffer explained) and call either between 6 and 7:30 p.m. on weeknights, or on Saturdays. After the seminar, staffers stayed on for a half hour to answer questions from 14 people who attended, many of them freelancers or contractors who have variable income and are struggling with how to calculate subsidies they might earn for buying plans.

Navigating Obamacare is an unpleasant chore, but it might be a little less unpleasant in America’s Finest City.