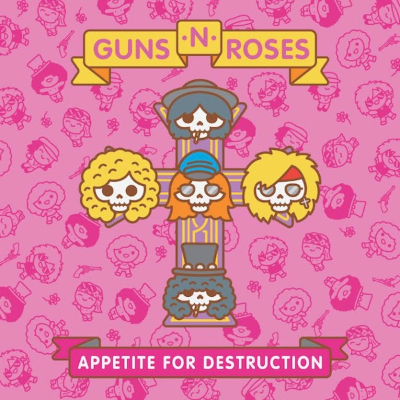 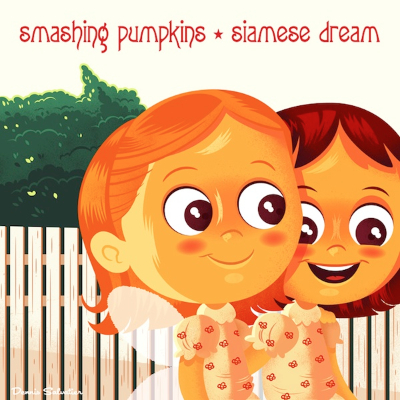 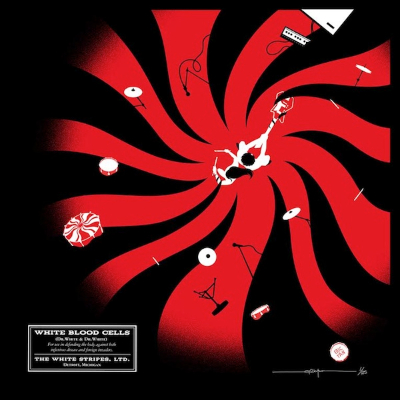 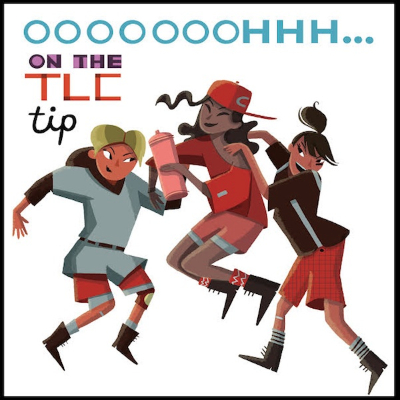 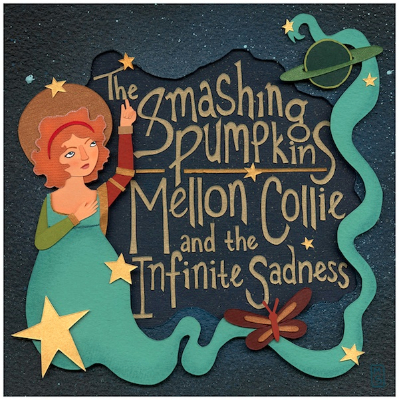 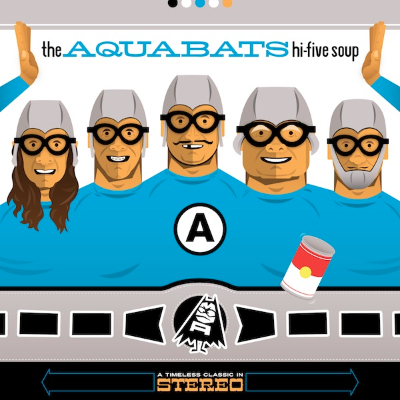 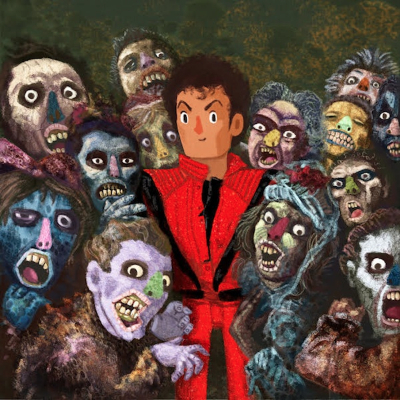 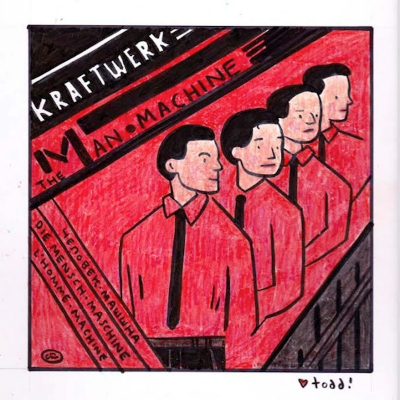 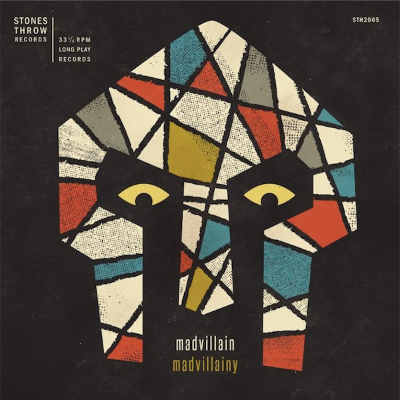 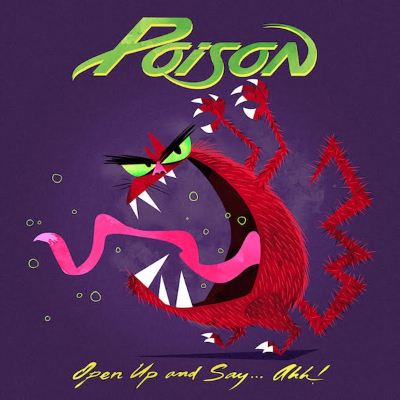 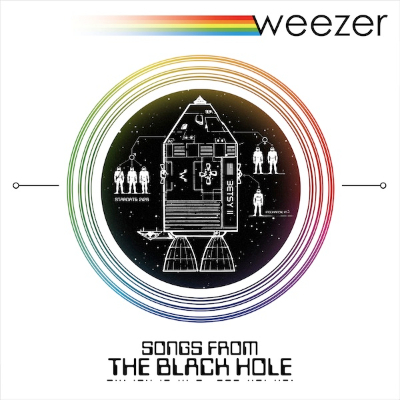 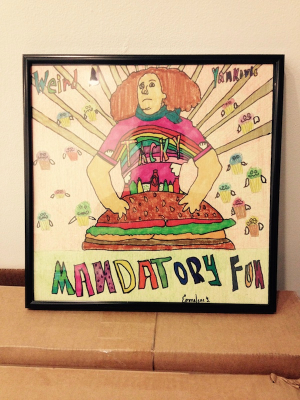 If you grew up listening to LP records or CDs, you probably remember the art on your favorite album. In today’s era of downloads, you don’t see more than a smallish digital image; it hardly merits a second glance at the screen. But in “Thirty-Three and a Third” at Gallery 1988 East in Los Angeles, album art is back in a big way.

The exhibition features the work of more than 100 illustrators and designers who reinterpreted an existing album cover—or came up with a brand new image inspired by the music.

Illustrator 100% Soft chose to redesign one of the first albums he bought as a kid: Appetite for Destruction by Guns N’ Roses. “I think it’s funny to take an image that is supposed to be hard-ass and make it really kawaii (cute),” said 100% Soft. “Basically, at the end of the day, I just wanted to draw a really cute Slash.”

In the hands of designer and illustrator Dennis “Tanoshiboy” Salvatier, the two little girls whose photo graces the cover of the Smashing Pumpkins’ Siamese Dreams are recreated with enormous round heads and eyes. Artist Eric Tan crafted a new album cover for the White Stripes’ White Blood Cells that incorporates the band’s red and white peppermint candy logo—and captures its raucous energy in a swirl of instruments and microphone stands.

There are oil and watercolor paintings, digital art, paper cuts, and even a pillow. The only rule was that every piece had to be the size of a LP, or 12 by 12 inches, said Dana Lechtenberg, who curated the show.

This is the third time Lechtenberg, a designer and illustrator who lives in Iowa, has put together a show of reimagined album art. The first two exhibitions were held at Cup of Joe, a coffee shop in Cedar Falls, Iowa. The very first “Thirty Three and a Third” in 2011 included the work of 33 designers and illustrators—and his 5-year-old daughter (the “third”).

Lechtenberg said he was inspired by the work at Gallery 1988 East, which focuses on pop culture artwork. “I couldn’t go out to L.A. to see all their great shows, so I decided to start my own show here in Iowa,” he said.

On a visit to L.A. for a show at Gallery 1988 East that included his work, Lechtenberg told the gallery’s owners, Katie Sutton and Jensen Karp, about “Thirty Three and a Third” and asked if they’d like to host a show.

They agreed, and Lechtenberg reached out to hundreds of designers and illustrators—friends and high-profile artists who contributed to the earlier shows, and people connected to the Gallery 1988 East.

The roster of contributors is as diverse as the musicians whose albums they reimagined (from Poison to TLC)—and includes Lechtenberg’s daughter, now 8.

Albums have long created instant kindred spirits across the country, and Lechtenberg is now using album art for a similar purpose. “I’m out here in Iowa—but it’s funny how small a world you can create,” he said.