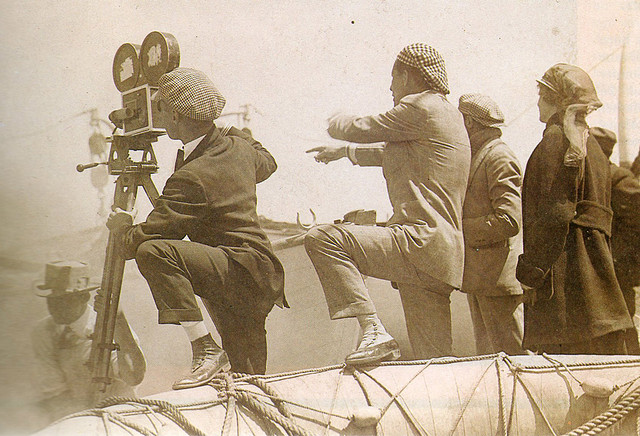 I was 9 years old when I first learned about the murder of 1920s movie director William Desmond Taylor. Taylor’s killing was one of several scandals—others included the “Fatty” Arbuckle trial, and the drug-related death of Wallace Reid—that led to a backlash against Hollywood and the beginning, in the early 1930s, of decades of film censorship. Of course, the cultural impact of the case isn’t what hooked me as a child; it was the fact that Taylor’s murder had never been solved.

The case was an international cause célèbre, bigger than O.J. Simpson’s or any modern celebrity trial. The fuss mostly centered on the two chief suspects, the glamorous movie stars Mabel Normand and Mary Miles Minter, whose stories form the heart of my narrative nonfiction chronicle of the case, Tinseltown: Murder, Morphine and Madness at the Dawn of Hollywood. For the Hearst press (the 1920s version of TMZ or Gawker) the Taylor scandal had everything: beautiful suspects, illicit affairs, drug addicts, gangsters, jealous lovers, aliases, secret lives.

Though the once-notorious crime passed out of the larger collective memory to become the province of movie buffs and true-crime aficionados, it remains the holy grail of unsolved murders for “Taylorologists.” The passage of time made the case more difficult to solve as original facts became buried under the weight of decades of myth.

By 1922, celebrities were becoming more famous for their off-screen antics than any professional work; religious conservatives were arguing that “Hollywood values” damaged the American character; and the film industry was transforming into big business, drawing Wall Street moneymen who tried to run the show.

I began investigating the mystery in 2009. A website devoted to Taylor’s murder proved a motherlode of fresh insights and material. Could I possibly take what I had found at Taylorology.com and arrive at a new conclusion? Was it even possible—all these years later—to sort through nearly a century of errors and inaccuracies and finally crack this very cold case?

Others had tried. Some good books had been written about Taylor, but each previous “solution” to the crime had its problems, since the authors relied on evidence that proved later to be either false or incomplete. I was determined to find a new path. Finding Taylor’s killer became a mission for me. After all, justice had been denied to a decent man shot down in his prime. And, as a Hollywood historian, I knew that Taylor’s murder was consequential to the history of American film: The publicity surrounding it led directly to the establishment of both the studio system and the “Hays Office,” which censored American films for the next 40 years. As a leader in the movement to stave off movie censorship, Taylor would have been aghast at how his death helped guarantee it.

So, armed with original police reports, newspaper articles and “confessions” I’d found on Taylorology, I conducted my own research, foraging through dusty archives of regional branches of the National Archives and leafing through long-moldering files in state courthouses. I sent a Freedom of Information Act request to the FBI, which brought a bulging envelope of documents and photographs to my mailbox and proved a game-changer for my research.

All of the previous investigators and writers had found parts of the puzzle. But they had never been able to see the full picture, since they’d been denied the materials I now held in my hands. Finally, during a digital search through the back issues of an obscure newspaper, I got my breakthrough: One small newspaper item contained a name, an activity, and a weapon that suddenly made everything fall into place.

Of course, the murder is only one reason why the story of American film in the 1920s is so fascinating. Just like today, the desire for fame and success produced more losers than winners, and Hollywood had plenty of con men and hustlers (the “locusts” of Nathaniel West’s 1939 novel) operating in the shadows of the movie studios. Among these were people like Margaret “Gibby” Gibson, the third suspect in the Taylor murder and an ambitious B-movie actress with a rap sheet as long as her arm.

The more I researched, in fact, the more I recognized how little has changed in Hollywood over the past nine decades. By 1922, celebrities were becoming more famous for their off-screen antics than any professional work; religious conservatives were arguing that “Hollywood values” damaged the American character; and the film industry was transforming into big business, drawing Wall Street moneymen who tried to run the show.

But it was a moment full of possibility, as well. The movies were still new then and their power took people by surprise. Those who wanted to censor the movies’ spread of ideas faced off against those who wanted to bring about a new world of freedom and technology. Taylor’s murder and the scandal that followed meant that the purveyors of the American Dream needed to become savvy and cunning, not only artists but salesmen, deflectors of disgrace, and hucksters of hype. At the start of my book, in 1920, the American film industry is inchoate and undisciplined; by the end, in 1926, the entire structure of classic Hollywood has been established, from the studios to the censors to the all-powerful publicity offices, with their skill for turning bad publicity into good. From Ben-Hur in 1925 to The Interview in 2015, it hasn’t been enough that a movie is good: it’s had to be, first and foremost, marketable—just like all the people involved in its making. What tremendous power was contained in that single, soft-nosed bullet fired on a cold Los Angeles night 93 years ago. Taylor’s murder brought about a culture of celebrity and illusion, one that still persists today.