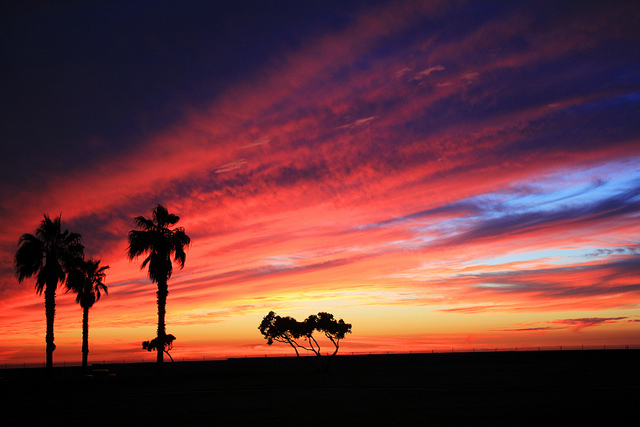 So why do we keep telling ourselves that we’re still seeking the same California dream? “California dream” has become a verbal tic in speeches, a graffiti we scrawl on signs and headlines, without thinking about its meaning. Democrats and Republicans alike, as they assumed new offices this month, pledged to defend the supposedly enduring California dream. In his inaugural address, Gov. Jerry Brown even suggested that the aspirations of today’s California were much the same as those of his 19th century California ancestors.

It’s time to stop this nonsense. Ceaselessly paying lip service to that old California dream—of this state as a great destination for people from around the world, as a gateway to rapidly acquired wealth and good health for the middle class, as a magnet of youth offering the best and cheapest education, as the capital of leisure, as a place of open land and sprawling suburbs—perpetuates a false picture of what the state has become. And that makes it harder to come up with new dreams and aspirations that fit today’s California.

The dream, put simply, is to be able to stick it out here. California is a struggle, so we dream of a good struggle, of finding our footing, of figuring out some way to beat the statistics and buy a house and pay the mortgage and educate our kids.

To be fair, the old California dream was once powerful. The historian H.W. Brands has shown that the California dream “of instant wealth, won in a twinkling by audacity and good luck,” replaced the old American dream—a dreary and modest Puritan deal—after the Gold Rush. And that dream had some basis in reality. From its beginnings, California was a place with some of the highest wages in the world. Our abundant and talented workforce used those wages to educate their children and dream up all kinds of inventions, from mining equipment to the Internet.

But the dream was mostly myth. Many Californians got ahead here because of exploitation of labor—miners benefited from the forced labor of natives, the Irish from the boycott of the Chinese, and my Dust Bowl Okie forebears advanced out of orange groves when Mexicans were brought in to do the hardest work. And the waves of California growth that Brown recounted in his speech—railroad and silver booms, citrus and fruit in the 1880s, oil and auto in the early 20th century, aircraft before and during World War II, aerospace in the post-war era—were also bubbles that popped and did real damage to many lives. The dream’s real impact was to keep drawing people here from other states and countries; the energy, labor, and sheer numbers of new arrivals made this a fast-growing place.

It’s time to awaken from that old dream and look in the mirror. We are a great place—I wouldn’t want to live anywhere else—but we are not the same state we keep saying we are.

We are no longer that great destination for people dreaming of a new life. A majority of us are now native-born Californians. We have many immigrants, but few are new arrivals. The younger, working-class people who once flocked to California are leaving. And so we are not as young as we think we are—the birth rate is below replacement, and the number of children in the state declined by nearly 200,000 in the past decade.

And for all our millionaires and billionaires, California is defined not by easy leisure, but by hard work and struggle. Our unemployment rate is higher than the national average. We have the country’s highest poverty rate, according to measures that take into account cost of living and the value of government assistance.

Getting a piece of California has never been harder. Education costs have risen more quickly here than elsewhere. More than half of the nation’s 50 most expensive real estate markets are in California. Home ownership is falling.

We’re even losing our diversity advantage—Houston is now a more diverse city, racially and ethnically, than Los Angeles. For all our dreams of open space and inviting suburbs, we are more urban, and more defined by our cities, than ever. No other state has three cities as great as San Francisco, San Diego, and L.A., and our inland metropolises are giants in their own right: Fresno has more residents than the cities of Atlanta or Miami.

What is the dream of this new California? It’s tempting to dodge the question, and note that a state this big has many different dreams. After all, here is a list of just some of the musicians who have recorded the song “California Dreamin’”: the Beach Boys, America, R.E.M., Jose Feliciano, The Carpenters, Baby Huey & the Babysitters, the Four Tops, Bobby Womack, Queen Latifah, The Seekers, George Benson, Eddie Hazel, Raquel Welch, Alvin and the Chipmunks, MIA, the Italian project Colorado, the Russian rock band Mumiy Troll, Meat Loaf, and Diana Krall. You know the version from the California lottery ads? That was sung by a Belgian women’s choir.

But the truth is there is a new California dream, one that might seem modest but is quite grand when you consider all the difficulties of being a Californian these days.

The dream, put simply, is to be able to stick it out here. California is a struggle, so we dream of a good struggle, of finding our footing, of figuring out some way to beat the statistics and buy a house and pay the mortgage and educate our kids. We dream of treading water, which isn’t so bad—the water here is usually warm.

The dream of sticking it out can be seen in the narratives that drive our politics. Many of us worship the god of sustainability; we’ve poured most of our big-picture futurism into efforts to save the state’s environment and the planet, from new alternative fuels and solar to driverless cars. It’s telling that when people talk about dreamers in California today, they’re talking about unauthorized immigrants whose dream is to be able to stick around.

This new dream is also why opposition to taxation remains strong in such a liberal place. It already costs so much to live here, so why add new taxes and make it harder to stick around? We’re also reluctant to make big investments in infrastructure and people. Instead of working to transform the lives of working-class people, we prefer narrow policies to make their struggle a little less burdensome, maybe at $15 per hour. And our most foolish actions—throwing subsidies at the rich people who run Twitter and Hollywood and pro sports teams—come from the fear that high-profile institutions won’t stick around, but will instead pick up and move elsewhere.

The new dream of sticking around is also, of course, a dream about growing old. The elderly population of California is expected to double in the next generation. Many of us dream of being able to retire here, and of having kids who can afford to stick around themselves so we can see our grandkids.

That’s a very different dream than the old one. It’s about continuity, not rapid change; about attachment, not finding your own space; about California not as a place to which you can escape, but as place where you can belong. We Californians dream today of nothing less and little more than being able to stay here, so that we might keep dreaming in this wonderful and difficult state.