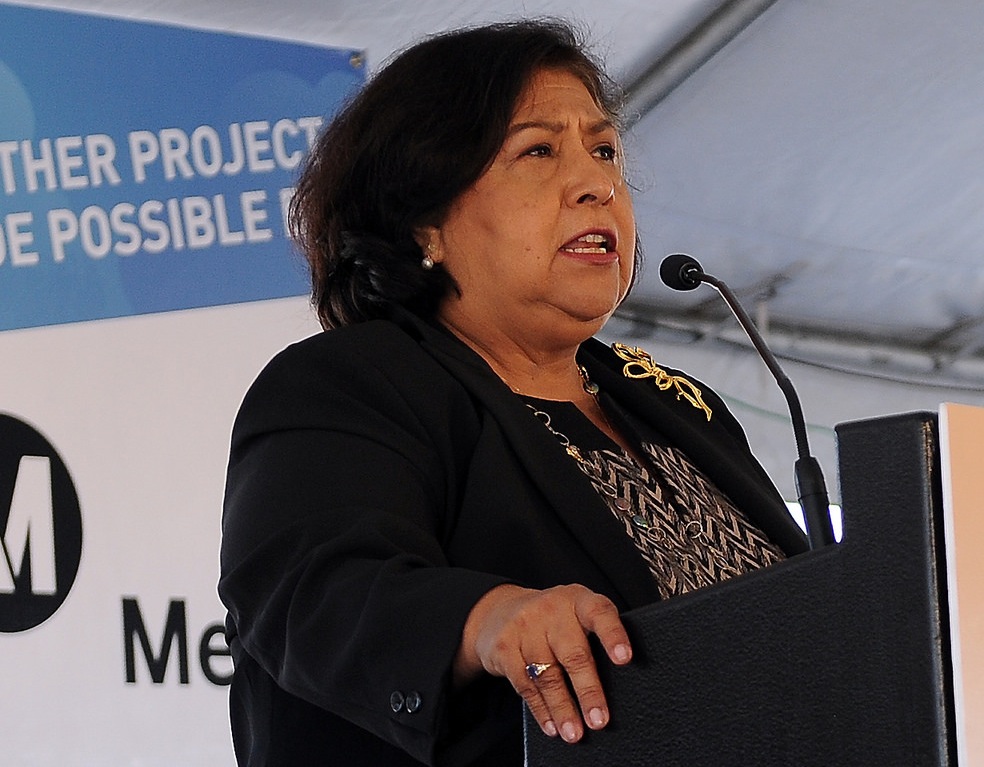 Memories are short in Los Angeles, so many of us don’t know–or have forgotten–the history behind arguably the biggest story of this Southern California political season: Gloria Molina’s bid to achieve the rarest of campaign feats by ousting an incumbent on the Los Angeles City Council.

Molina, now 66, has made history before. She first burst onto the political scene in 1982 by upsetting the candidate of a powerful male-dominated Eastside machine for a seat on the California State Assembly. Through that victory in her first run for office, she became the very first Latina elected to the California Assembly.

The nature of her victory–against the machine and the establishment–shaped Molina and her reputation as a giant killer, machine buster, vibrant force for women, and carrier of grudges.

Those victories revealed not only her political talent, but something also about the cross-currents that shape the places she has represented: the unincorporated territory known as East Los Angeles, adjacent communities in Northeast and Southeast Los Angeles, and the west San Gabriel Valley. Communities in these areas are often dismissed as poor and monolithic, where statistics reveal high unemployment and underperforming schools. Molina, as a product of two movements (women’s and Chicano), spoke to the aspirations of these communities that, while once seen as existing on the margins, have come to represent an authentic heart of L.A.

Molina’s career trajectory also reflected not only political but also social progress in L.A. In her 1982 race for the Assembly, she beat the Eastside machine by defeating Richard Polanco, a strong candidate later elected to the Assembly, with backing from powerful political players such as Richard Alatorre and Art Torres, as well as Eastside power broker Lou Moret. After five years, she left the Assembly to run for an open seat on the Los Angeles City Council, once again dispatching the Eastside machine with her victory over Larry Gonzalez, a then trustee of the Los Angeles Unified School Board.

That victory, like her 1991 election to the Los Angeles County Board of Supervisors, was made possible and fueled by the federal Voting Rights Act. The U.S. Department of Justice and the Mexican American Legal Defense and Education Fund (MALDEF) filed suit against the City in 1985 and the County in 1988 charging that redrawn political district lines had diluted and fractured Latin voting strength. The districts she won were both newly created, Latino-majority districts drawn in response to the litigation.

The nature of her victory–against the machine and the establishment–shaped Molina and her reputation as a giant killer, machine buster, vibrant force for women, and finally as a carrier of grudges. On this last point, she came to be widely perceived as having a pointed, harsh, frequently unfriendly and sometimes vindictive governing style.

One of the most significant facts of political life for the past two decades in Los Angeles was that Molina and organized labor did not get along. Labor, after all, had heavily supported Art Torres. Molina never forgave nor forgot, providing a frequent third vote for much of her tenure against various labor concerns and demands. A Democrat, Molina grew ideologically moderate-to-conservative during her time on the board. Labor leaders, while not regretting having supported Torres, were clearly dismayed that Molina chose not to understand why labor had supported Torres, a long and trusted ally of the house of labor.

Her final act–deciding to challenge the 14th District City Council incumbent councilman José Huizar in the March 2015 city elections–stunned many people who had expected her to retire from politics after 32 years. But given her history, maybe this should not have been so stunning. While some have pointed out how hard it is for elected officials to give up power, she has said she still has fire in the belly. History has proven that she certainly loves to beat the odds.

And her timing might be right. L.A. has very few female political officeholders these days. On the City Council, only one of the 15 seats is held by a woman, Nury Martinez.

But there are risks to her legacy in making another run for political office. The concern of many–including those who have long supported her–is that if she loses, she will no longer be remembered just as a political giant slayer and role model for women of color. She could go down, as well, as someone who should have quit while on top and made room for the next generation of candidates and officeholders.