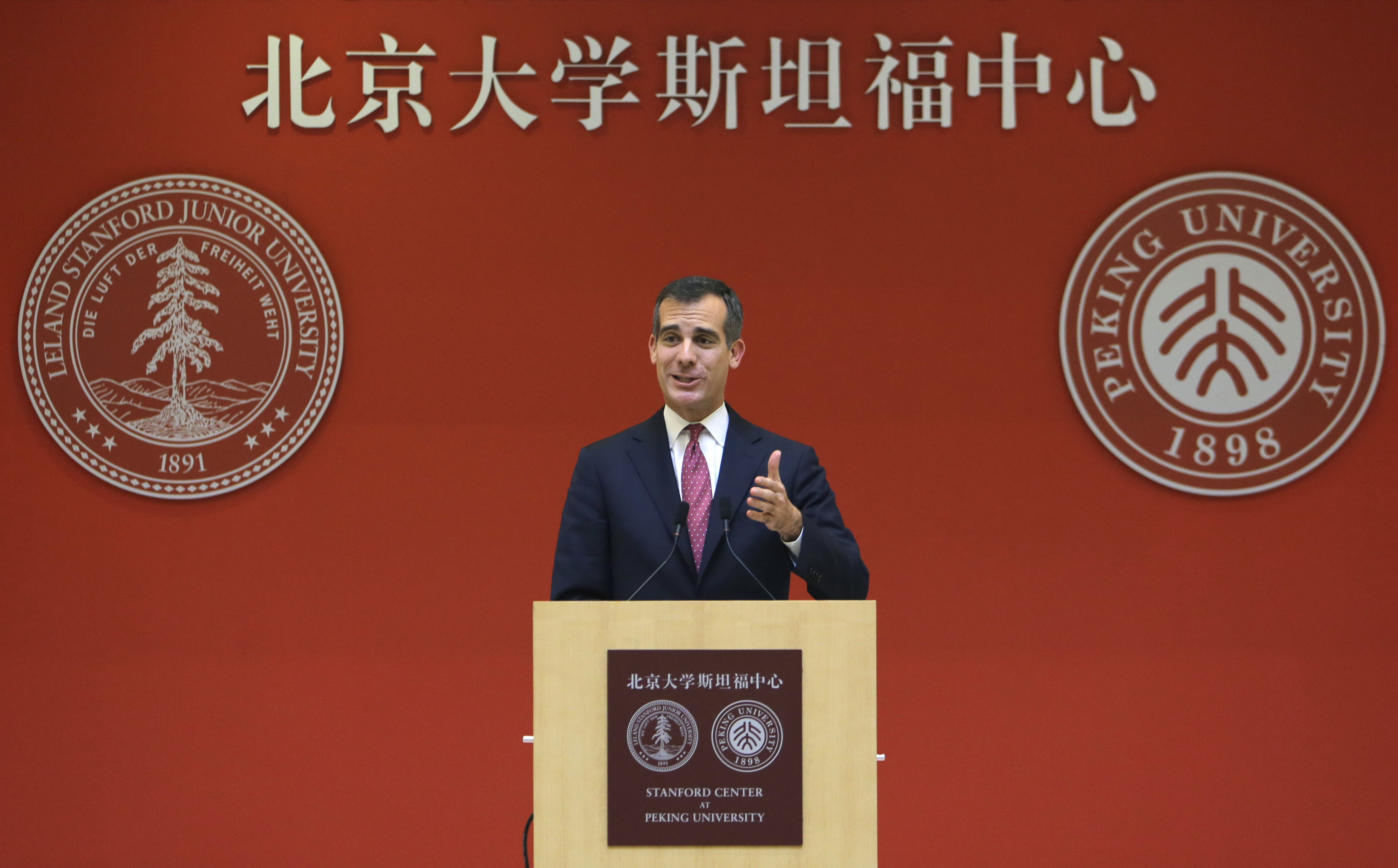 When a California politician leaves on an overseas trade mission, as Los Angeles Mayor Eric Garcetti did when he went on a 12-day journey to Asia last November, public reaction is often skeptical. Media and political foes are apt to label the trip an unnecessary diversion–or even a vacation–from the nitty-gritty realities of the elected official’s “real” job. In L.A., the police union pointedly registered its disapproval of Garcetti’s “junket.”

Yet those who would confiscate the mayor’s passport and confine him to the city limits are utterly wrong in contending that he has no business doing business abroad. Today, periodically leading trade missions is arguably an even more important task in an L.A. mayor’s job description than ever before.

The reason: A truly global middle class is emerging for the first time in history, and it is emerging most rapidly outside of the United States.

Those who would confiscate the mayor’s passport and confine him to the city limits are utterly wrong.

Rising middle-class populations drive economic growth both through their growing demand for goods and their increased household savings, funds which are then available for investment. Not surprisingly, the World Bank figures that, by 2030, fully half of the global stock of capital will be found in the developing world, up from less than 30 percent today.

So Mayor Garcetti has the same very same reason for traveling across the Pacific as Willie Sutton had for robbing banks: it’s where the money is. The three nations he chose to visit—China, South Korea, and Japan—are economically vital to L.A. Fully two-thirds of the value of goods shipped through at the Port of Los Angeles involves these three economies, as does about one-third of the value of the international air cargo handled at LAX. The stated goal of the mayor’s trip was on target: to expand trade in goods and services, to encourage more Asian companies to invest in Los Angeles, and to persuade more Asian tourists to visit (and shop) here.

Another reason Garcetti had to go: so many other mayors and local government officials are traveling to Asia with the same objectives. Los Angeles is one of 50 cities around the country that has been working with Brookings to define customized regional strategies for boosting exports and attracting foreign investments.

While previous mayors have made trade trips (there’s a very good reason why Tom Bradley’s name is on LAX’s international terminal), the surge in trade programs at the municipal level is relatively new.

In some cases, municipalities have taken an existing sister-city relationship and added a more explicit commercial agenda. When Portland, Oregon and Suzhou, China first became sister-cities back in 1988, the objective was limited to building cultural links, such as a vibrant arts-exchange program. That’s changed. The promotion of trade and investment were clearly the top priorities in Portland Mayor Charlie Hales’ most recent visit to Suzhou.

In California, the Bay Area Council, a consortium of businesses in the San Francisco area, has been especially active in building economic bridges abroad. In June 2010, the Council opened an office in Shanghai; since April of last year, that outpost has played host to the California-China Office of Trade & Investment, the state’s first overseas trade office since an earlier, hugely unsuccessful generation of California trade offices was shuttered in 2003.

It’s not just large metropolitan areas that are looking abroad for business.

Take the case of Sacramento, which in May 2013 opened an office in Chongqing, the sprawling manufacturing hub in southwestern China with a population of 33 million. Why? As office director Antonio Yung explains: “Chinese companies won’t do business with you, much less invest in you, unless they know you.” Sacramento’s office in Chongqing has worked with Chinese officials to open new channels for shipping Central Valley produce directly to inland China, tripled the number of Chinese students enrolled at Sacramento State and UC Davis, and brought Chinese investors to Sacramento.

So exactly how does L.A.’s economy stand to profit from trips like Mayor Garcetti’s?

Forget the pre-packaged, photo-ready announcements at which the visiting leader, normally just freshly briefed about the details of whatever business contract is being signed, is portrayed as the one closing the deal. That’s usually just a ploy to deter cynical media coverage back home. The real benefits of politician-led trade missions are more fundamental—and usually become manifest only in the long run.

The most effective trade missions are about establishing and nourishing direct connections. They are best viewed as social calls on people whose cultures emphasize personal relationships. And they have a sheer educational value that is often overlooked. Our leading politicians are seldom business people. So traveling in the company of people who actually do business internationally can provide policymakers with useful knowledge about the challenges businesses face in foreign markets.

Of even greater importance is that any trade mission Mayor Garcetti leads should offer him multiple opportunities to educate those he meets about L.A. It would be presumptuous to assume that even the most cosmopolitan foreigners are intimately familiar with Los Angeles. In reality, for much of the world L.A. is Hollywood—or simply that sprawling place where an uncle or a cousin went to live.

These messages about the real L.A. need to be broadcast around the world. Who better than the mayor to broadcast them?