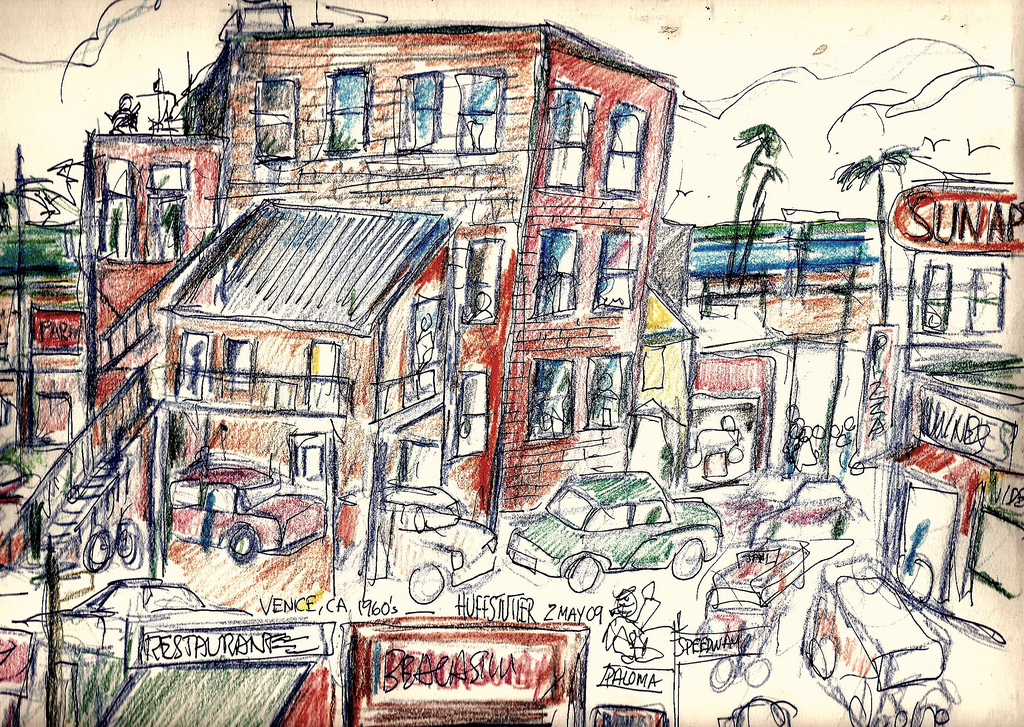 Most young women born in the 1940s were raised on the nursery rhyme indicating little girls were made of “sugar and spice and everything nice.” My childhood vision of the future was to have 30 children and somehow find time to serve as a missionary in India.

But in the summer of 1966, after reading the exploits of Jack Kerouac and Ken Kesey, the thought of returning to college seemed a waste of my youth. Three weeks into my junior year, I dropped my classes, “borrowed” my parents’ car while they were on a six-week trip, and headed to San Francisco. On the day they were set to return, I drove back home to San Diego.

My parents went berserk when I told them I would not be following the preordained game plan for my life. They figured a college degree would make me more likely to marry a Naval officer. They wanted me to stay in school and live at home in Coronado so they could keep an eye on me. But that was the last thing I wanted for myself. Like Thomas Wolfe, I couldn’t “go home again.”

I decided to sign up for the war on poverty. In December, I was accepted into the Volunteers In Service To America (VISTA) program along with 45 other predominately middle-class, white recruits between the ages of 18 and 26.

During the six-week training in San Diego, an offhand comment by a community organizer proved to be the most accurate and memorable lesson I learned. He told us returning to our middle-class neighborhoods with a different perspective on poverty would be the most important contribution we could make. Soon after his remarks, I expressed concern regarding my ability to help resolve housing issues for a Spanish-speaking single mother I had been assigned to assist. My training supervisor said the phone calls I made for her, with my Anglo-sounding name and voice, would open doors the woman could never budge on her own. The phrase “white privilege” hadn’t been coined yet, but at 20 years old, I got my first inkling of what it meant.

My assignment in the greater Los Angeles area was to Venice’s predominately African-American Oakwood neighborhood. As a VISTA volunteer, my primary task was to survey people in the community about home ownership and income. We hoped our effort would culminate in a report that demonstrated the need to maintain affordable housing for working-class families. Home ownership was low in the area, but apartments and small houses provided affordable smog-free living, close to the beach.

The year I moved there, local community leaders called Venice “the last oceanfront ghetto in America.” Directly to the south, Marina del Rey had opened two years earlier as the world’s largest man-made small craft harbor for luxury boats. The proximity of privilege struck fear in the hearts of nearby working-class and under-employed Venice residents. The drab, seedy Venice neighborhoods might become fodder for further redevelopment of the coastline.

My first night in Venice in late March 1967 was jarring. After attending a party for a departing volunteer, three of us walked back to the rented house I shared with two female volunteers. My companions included a street-wise New Yorker and an 18-year-old Princeton dropout from Texas. Within minutes, a group of eight or so adolescent boys stopped us to ask for a match. The New Yorker whispered to keep walking, but the Texan chose to stop and talk. Within a few seconds, he was on the ground, being kicked. As we rushed back to help, I felt disbelief and anger. In my world, friendly people were not hurt by 12-year-olds on bikes.

The boys backed off, and we were able to get our bleeding friend to his feet. The New Yorker yelled, “Run!” and we started down the street, pursued by the boys. Just like in the movies, we banged on a few doors and were rebuffed, then ran up a flight of stairs. The thud of footsteps was close behind when a woman opened the door to her apartment, and we were safe.

A couple of days later the Texan flew back home, with an eye injury that required specialized care. Soon after, there was national (and even international) coverage of the assault. It turned out the Texan was President Lyndon B. Johnson’s nephew. He eventually returned to California and holed up in the attic bedroom of his girlfriend, who was my roommate. He rarely ventured into the community again.

Along with the housing survey, I volunteered at the public school down the street. One of my tasks was to read stories to the younger students. A book the children especially enjoyed was about John Henry, the African-American folk hero. A few of the children on our block would chant X-rated ditties to themselves while they played; I hoped the ballad about the steel-driving man would stick in their heads and replace those words. Similar to John Henry, their parents had to hammer away to build something constructive in the face of the poverty and disillusionment they faced every day.

Like most of our neighbors, my roommates and I lived in a clapboard house. It had three bedrooms, was four blocks from the ocean, and rented for $100 per month. It was built in the early 1900s and aside from the attic, had an expansive kitchen, separate dining room, wood-paneled windows, and hardwood floors.

We furnished the house with cast-offs from the street or Goodwill, but local neighborhood children thought everything we had was beautiful. A small house in the back was supposedly occupied by Venice’s most successful drug dealer/pimp, according to undercover drug agents. They wanted us to conduct surveillance of him. We said no, but finally understood why expectant-looking men frequently knocked at our front door in the evening.

The small house where we lived is gone now, and the property alone is worth well over a million dollars. Apartment buildings have been transformed into luxury condominiums. The Oakwood area of Venice is no longer the last oceanfront ghetto in America; it looks like a wealthy and quaint beach town.

But the experience I had living in Venice, talking to people who struggled to make ends meet while maintaining hope for the future, never left me. I spent my career as a community college counselor, in awe of underprivileged students who chose college as the path to a better life. We did not win the war on poverty, but many of us returned home with an appreciation and knowledge of the daily battles fought by so many Americans. 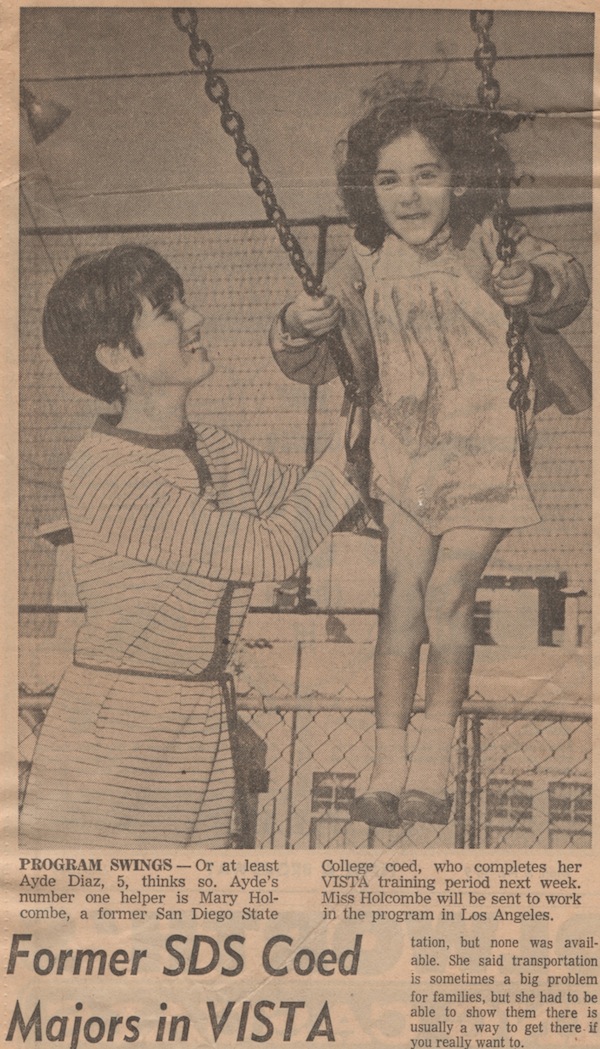