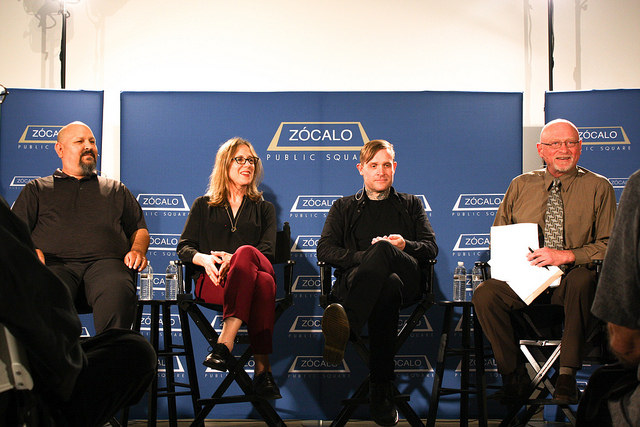 Who or what creates and builds a city’s arts scene? How can a flourishing arts community advance to the next level? At a “Living the Arts” event co-presented by the James Irvine Foundation at the Riverside Art Museum, Coachella Valley Music & Arts Festival director Bill Fold, UC Riverside historian Catherine Gudis, and Downtown Riverside Arts Walk co-founder Cosme Cordova tackled these questions.

Ken Vincent, KVCR news director and the evening’s moderator, opened the discussion by ticking off what artists need from their city: housing, neighborhoods, amenities, a market for their work, businesses that create jobs.

Fold, a lifelong Riverside resident who got his start promoting local musicians, said that for him, the most important thing is that people have something to do. “People don’t move to a community if there’s nothing for them to do outside of their job,” he said. Riverside has become a place with a lot more going on in the last five or six years, but the city could be green-lighting more bars, creating more activities, and building more places to go out. “A city is a living organism. It needs to grow, it needs to breathe, it needs to keep expanding,” said Fold.

Vincent asked Gudis, who has worked in the arts in both Los Angeles and Riverside, what might get a cadre of L.A. artists to move to Riverside.

Gudis disagreed with the premise. It’s not about exporting and importing artists, she said—or luring them with cheap housing that they can then make cool. “The idea of bringing creative jobs and creative industries is key,” she said. “At the same time, there needs to be a political will.”

Gudis said that Riverside already has “an incredibly robust arts scene”; people here need to think about what that arts scene does—how it reframes the way they see themselves and the world—and to take more time to see and experience the art that is all around them.

Cordova, who founded the Riverside Arts Walk 13 years ago, owns a local gallery, and is an artist himself, agreed. “We do have amazing artists,” he said, pointing to people like Jeff Soto, Maxx242, and Lola, “but we don’t support them.” He recalled Lola trying to sell her works for $75 each, and being unable to find a market. Now, her works sell for thousands of dollars. How do artists get that support, financial and otherwise? Cordova said that he thinks it’s about “educating people to understand what art is and accept it for what it is.”

He recalled being inspired by a visit to Pomona’s arts walk, getting together 18 Riverside artists, and holding the first Riverside Arts Walk on just one block—going from a gallery that had his work on display to the gallery he owned. It took time, but the walk grew and eventually thrived.

How do you educate people and get them excited about the arts?

Gudis said that some education takes place in schools. But a lot of it is simply using Riverside’s public spaces and engaging with the art there.

Fold applauded the Riverside Arts Walk for providing inspiration—and for making it easy for artists of any age to set up a booth and show their wares. “That’s what grows an arts community,” he said. He became a promoter because his friends were in bands, and while he wasn’t a musician, he wanted to be around these artists.

Fold said that the best thing a city can do to support the arts is not provide funding or formal programs but to “kick doors open” and “cut red tape.” He pointed to Palm Springs, which has become an arts destination for people from around the world in a few short years, as a place where local business owners and government came together to create an environment attractive to artists and audiences. “Clear a path,” he urged. “Let people be inspired.”

Cordova said that while he didn’t always feel welcome or supported by Riverside—people have “been saying no to me since I started coming downtown”—he felt that the city is also “a clean canvas we all can work on.” He said that it’s tempting to blame the city when things don’t happen, but if you want to get something done, you have to find the right people and do it yourself.

Gudis agreed. “It’s both making a venue out of what you have, but also getting the support of everyone else,” she said.

“I love Riverside,” said Fold, adding that he is extremely proud of what the city’s accomplished over the past few years. The question for the arts community is how to reach the next goal line.

In the audience question-and-answer session, the panelists were asked how to go about cutting the red tape Fold mentioned—and how to get art out on the streets.

Fold recommended motivating the people you know who are artistic. If you want to get a mural painted, find artists whose work you admire—or create a design yourself. Then, get the support of business owners with a wall you can use. Once you have support from them and from neighboring businesses, go to the city government. 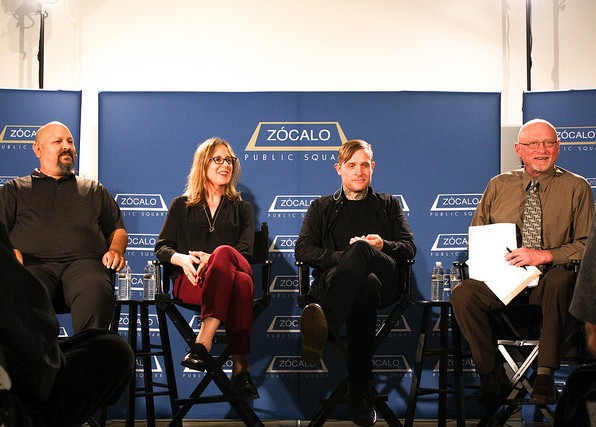 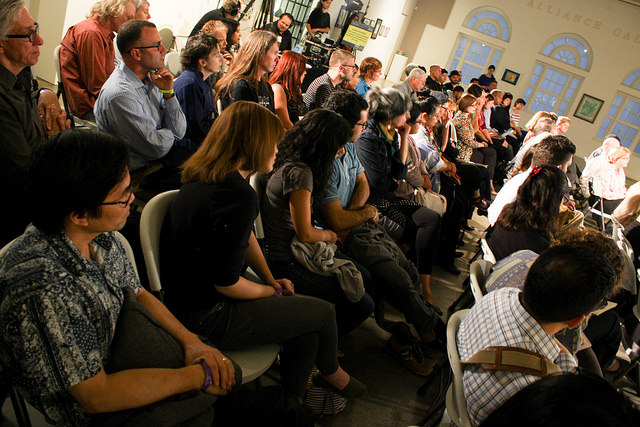 The crowd at the Riverside Art Museum 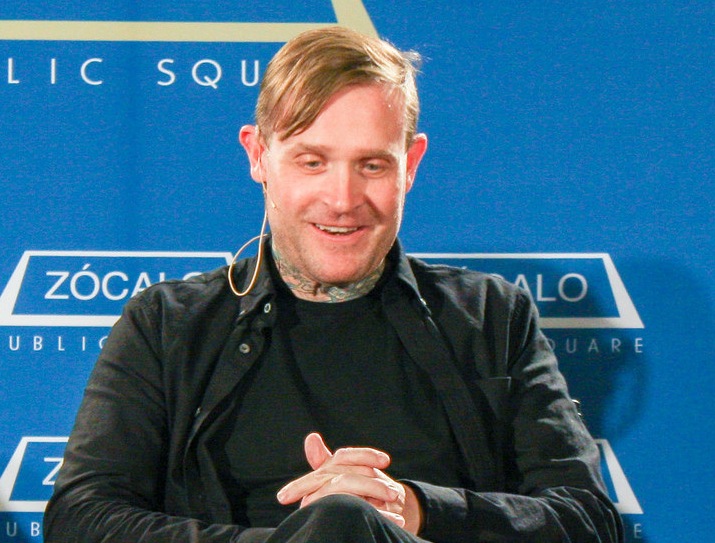 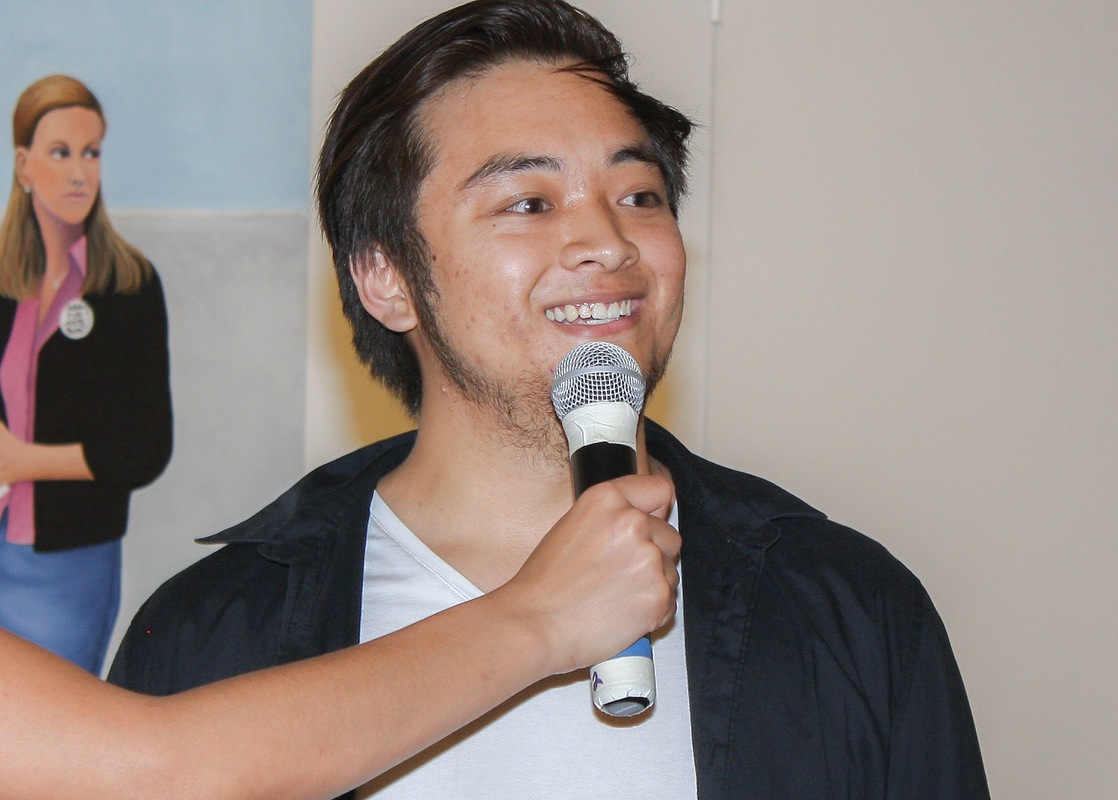 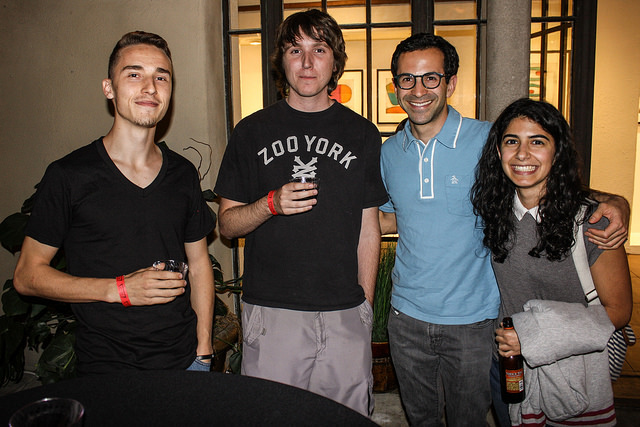 Enjoying the reception in the atrium 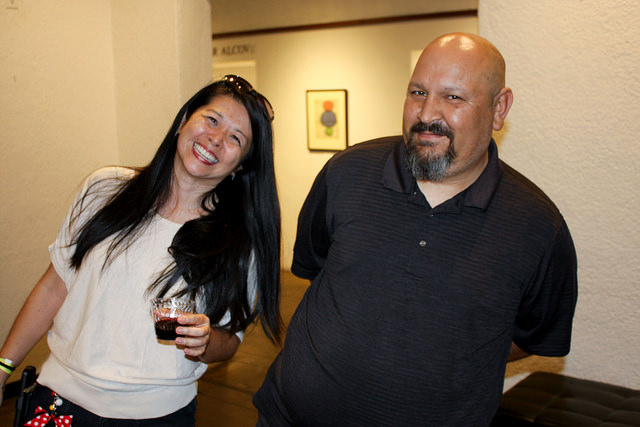