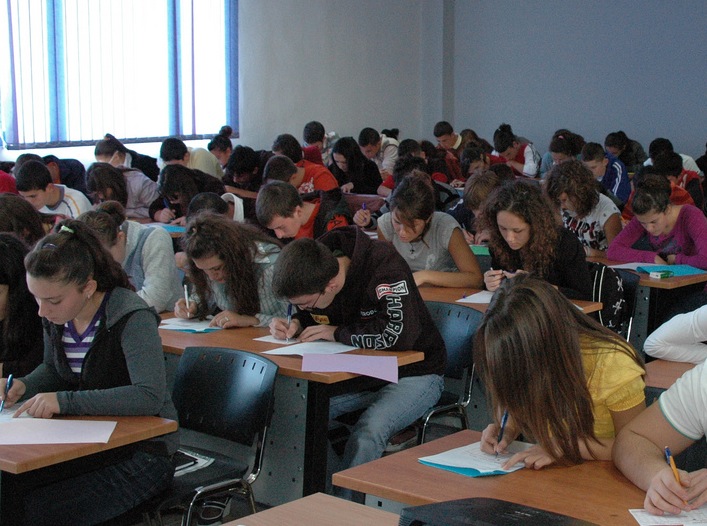 Being a teacher has always been a challenge. It is a much greater challenge in the era of “reform.” It has been infuriating to read all the silliness, even worse to have to comply with the misguided mandates. But we teachers are ourselves partly at fault—for reacting rather than acting.

The “reform” movement has been an obstacle to our own organic reform efforts at Hillsdale High School in San Mateo, California, where I have been teaching since 1985. Although the impact is hard to quantify, “reform” has too often distracted and diverted us from reform.


If parents don’t know what their kids are doing in school, the solution is in better communication, not worse assessment.

By “reform,” I mean the primacy of standardized testing; the concomitant elements of merit pay; a focus on individual teachers and classrooms, on heroes and entrepreneurs; and attacks on teacher seniority and due process rights and the unions that support them. Teachers react against “reform.”

By reform, I mean a staff working together at a site over years to create a collaborative working environment for teachers and establish better structures and instruction for students. The goal is to build a culture in which we know students well, hold them and teachers to high standards, and take collective responsibility for student achievement and wellbeing. Reform means recognizing that there are no silver bullets, no quick fixes, no heroes, except everyday ones. Teachers act on reform.

At my school, tenure, seniority, and the union have been key to effective reform. We are a school where culture—informed by a combination of talented newcomers and stable, secure, senior teachers who can speak their mind, lead by example, drive initiatives, and provide mentorship—is more important than the quality of any individual teacher. We are a school where it is nearly impossible for one teacher’s efforts to be measured without taking into account the work of others.

The uncomfortable juxtaposition between our reform and “reform” emerged in all too clear focus over the last two days of January. On a Thursday, after many months and long hours of preparation, our assessment committee, of which I am part, guided the staff through the process of coaching and evaluating students for their Senior Defenses in March.

We conceived of the Senior Defense as a kind of graduate interview in which our students show us who they are, academically and personally, what they know, and what they can do. In the fall, the whole staff participated in auditing how students had progressed on our Graduate Profile, a definition of achievement we established in 2009 that is similar to, though broader than, the Common Core State Standards. We have five main categories: Read, Communicate, Think, Understand and Apply, and Respect. Within each category we have a number of subcategories, which, for the defense, we winnowed down to those we believed are the most essential.

In February the staff would coach students in presenting and defending three parts in front of a panel of teachers: 1) a summary of previously written reflections on three subcategories of the graduate profile; 2) one piece of work, usually a major essay, class project, or research paper, in a particular subject; and 3) an application task, in which they are given—an hour before their defense—four prose and visual sources on a controversial subject and they have to evaluate the sources, take and support a position, make connections between the topic and previous course work, and describe the reading strategies they used to make sense of the sources. After the presentation the majority of the defense consists of students answering questions from the panel.

On the Friday morning after that preparation for the Senior Defenses, I had to deal with the California State High School Exit Exam (CAHSEE), one of the first mandates that appeared in California in the name of “reform.” In my advisory student meeting, I went over the rules and guidelines with the sophomores I am responsible for mentoring and coaching along with several other teachers. In the advisory teacher meeting we went over logistics and talked about snacks, one of the bribes we have developed to motivate students and mitigate the sheer drudgery of the six-hour test.

From Senior Defenses to CAHSEE in less than 24 hours is a microcosm of a teacher’s pendulum. They say that in education reform the pendulum swings back and forth every 10 years or so. But in actuality, teachers swing back and forth all the time. To reach one side of the pendulum’s arc, you fight against gravity to help human beings reach their potential. Then gravity pulls you back and you focus on the mandates that generate numbers that mean little to you or your students, say little to nothing about what you and they actually do, yet upon which you and they are judged.

The CAHSEE was first instituted in 2001, with the claim that it would be an accountability measure of basic competency. But for the vast majority of students, the only challenge is how to interpret poorly constructed questions unrelated to what they have been doing in class, and how to occupy themselves once they’ve finished. For those who struggle with the test, primarily special education students and English language learners, the standardized format is half of the problem. Those who support testing say that it’s the only way parents can know how their kids are doing in school. However, it is hard to point to a single thing we learn about our students from the exam results that we didn’t already know. And if parents don’t know what their kids are doing in school, the solution is in better communication, not worse assessment.

The California Standards tests that we followed for so many years were a similar time drain. The instructional and administrative time involved—adding special prep classes, administering the tests and retests, gaming the test to avoid the phony judgments that come from published ratings, etc.—robbed us of hours and resources we could use on smarter things.

This trend has made me doubt most educational research. We used to say anecdotes were not useful; instead you have to look at “the research.” Any teacher will be familiar with the phrase “the research shows … ,” but digging into most of “the research” I’ve seen in the last five years, standardized testing data is at the root of almost any conclusion. If we can’t trust that data, why should we trust the conclusions?

One final negative of the “reform” mandate has been the de-professionalization it demands. Because it is a mandate, because teachers and students are judged based on the mandates, teachers lose agency, they lose the ability to make professional judgments and they fall in line as school district officials chase after “reforms” by adopting programs that promise to deliver results based on “research.” When one “reform” decade peters out and is replaced by the next one, teachers must chase again, as we see now with the Common Core standards.

The elements of “reform” came together in the 2014 Vergara case, in which a wealthy Atherton businessman brought a lawsuit supposedly on behalf of poor school children, claiming that teacher seniority deprived them of their civil rights. The judge generally agreed, and U.S. Secretary of Education Arne Duncan, who has called for “hero teachers” and been a cheerleader for “reform,” lauded the decision.

But there’s a whole lot of experience that shows poverty plays a more significant role in the problems identified in the suit. So why don’t these “reformers” attack poverty with the same passion they attack teachers’ rights? And what plan do they have to find better teachers? Where is the pool of more talented replacements? What kind of talented hero would want to become a teacher in this climate of “reform?”

The only answer is the tired business analogy; competition, differential salaries, managerial control. I can’t contemplate this ill-conceived nexus without wringing my hands in indignation. For it is the loss of dignity that teachers feel most acutely when it comes to “reform.”

But what has bothered me most about “reform” has been the fact that we teachers and our unions have spent too much time reacting to “reform” rather than acting against it. We’ve been playing defense when we need to play offense.

We need to craft a message about real reform and act on it. Learning is a complex human endeavor and hard to measure. Teaching is difficult. Our education system faces some overwhelming challenges, for which there are no simple solutions, partly because of resources, partly because of training, partly because of differing values. But there is also no excuse for not trying to confront the challenges.

If teachers act as professionals, collaborate, and make decisions in the best interests of students, they can gradually enact real reform. They will have a better shot at success if they don’t have to comply with misguided “reform” and be better prepared to stand up to them if they act rather than react.