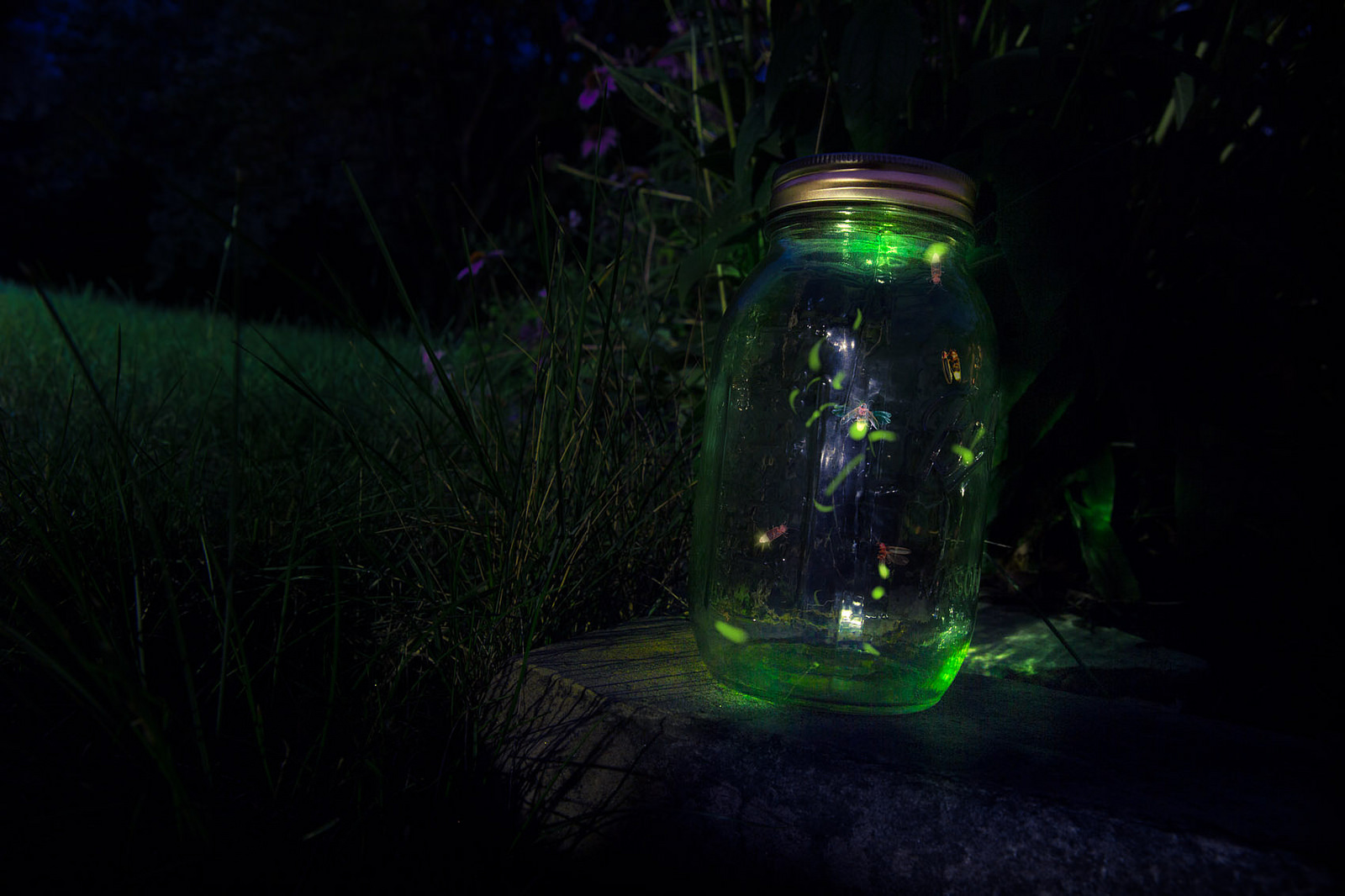 These luminescing stars, two lazy zodiacs
more than what actually exists in front of a
pair of carefully placed mirrors—the first, full-length,
the other, oval & moon-veiled
atop its dark dresser.

Both angled to form the outer edges
of an imaginary sky, where captured
fireflies drift as nameless constellations,
no mythology nor deity to keep them in
place, simply moments reappearing
dimly in a locus of wishes.

Bedridden, a boy
watches this starfield
his sisters had collected earlier along
a ditch bank.
Thoughts glow. He imagines how God felt
before that first genesis of light, how his
own neue Welt seems so momentary.

And one by one as the fireflies fade,
and a longing for them arcs
into an empty ache, the view
becomes nothing but darkness
waiting for something beyond
memory—a glimmer, a climb,
the night sky distilled in shine.