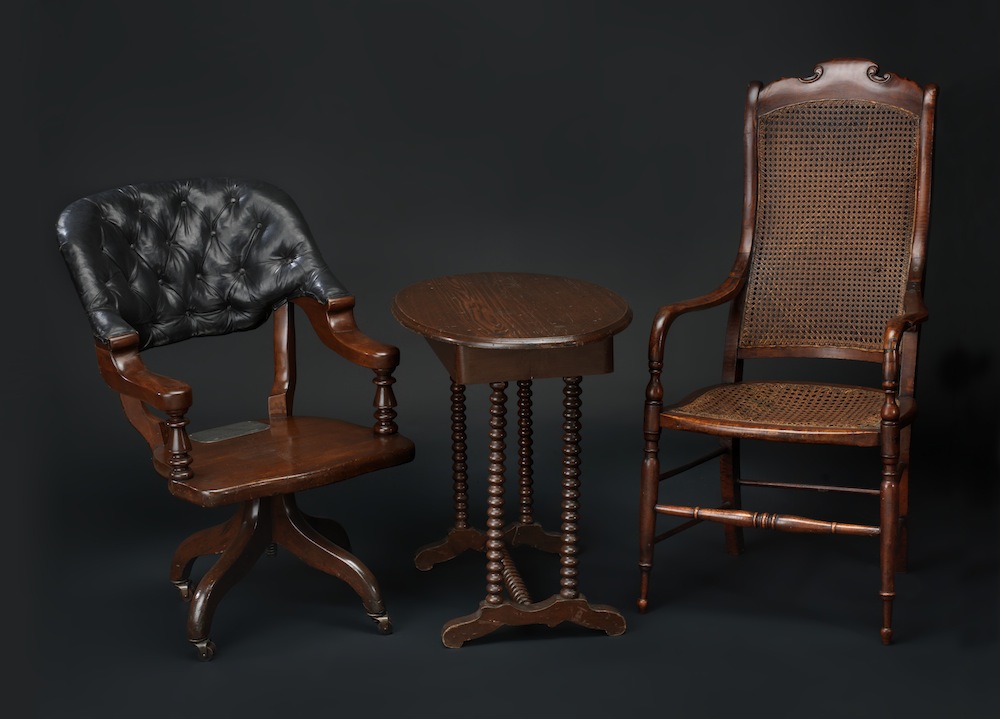 One hundred and fifty years ago, on April 9, 1865, a lone Confederate horseman violently waving a white towel as a flag of truce galloped up to the men of the 118th Pennsylvania Infantry near Appomattox Court House and asked for directions to the headquarters of Major General Philip Sheridan. On orders from generals Robert E. Lee and John Gordon, the rider, Captain R. M. Sims, carried a message requesting a suspension of hostilities to allow negotiations of surrender to take place. He made his way to General George Armstrong Custer, who sent the rider back to his superiors with the following reply: “We will listen to no terms but that of unconditional surrender.”

The South’s Army of Northern Virginia was in its final hours. The Union army led by General Ulysses S. Grant had relentlessly pursued the Confederate troops—this time, there would be no possible escape. Lee and his men were famished, exhausted, and surrounded. “There is nothing left for me to do but to go and see General Grant,” he told his staff that morning, “and I would rather die a thousand deaths.” Messengers, racing between the lines, carried communiques between the two camps, to halt the fighting and arrange a meeting. Generals Grant and Lee agreed to convene at the home of Wilmer McLean at Appomattox Court House to stop the fighting between their two armies. The most punishing conflict ever fought on American soil was coming to an end.


Over 600,000 Northern and Southern soldiers had died, hundreds of thousands had been maimed and wounded, billions of the nation’s wealth had been lost, and destruction of property was widespread.

The Civil War was entering its fifth year. Nothing in America’s experience in the past or since had been so brutal or costly. The toll on the nation had been enormous, and few had escaped its impact. Over 600,000 Northern and Southern soldiers had died, hundreds of thousands had been maimed and wounded, billions of the nation’s wealth had been lost, and destruction of property was widespread. The war at times seemed to have no resolution. But the previous December, General T. Sherman had completed his destructive march to the sea; the Confederate capital, Richmond, Virginia, had fallen earlier in April; and now the once great Army of Northern Virginia was decimated and surrounded.

Lee arrived at the McLean house first, wearing a crisp gray uniform and dress sword. Grant entered a half hour later, dressed informally in what he called a “soldier’s blouse,” his boots and pants splattered with mud. Grant’s staff officers crowded the room. The two commanders sat across from each other in the home’s parlor, Lee in a tall caned armchair and Grant in a swivel chair with a padded leather back next to a small oval side table. They made some small talk before Lee asked on what terms Grant would “receive the surrender of my army.”

Many within the Union considered Confederates traitors who were personally responsible for this tremendous loss of lives and property. Lee’s own army had threatened the nation’s capital and had to be driven back in some of the bloodiest battles of the war. The terms of surrender, however, would be a simple gentlemen’s agreement. Healing the country, rather than vengeance, directed Grant’s and the Lincoln administration’s actions. There would be no mass imprisonments or executions, no parading of defeated enemies through Northern streets. Lincoln’s priority—shared by Grant—was “to bind up the nation’s wounds” and unite the country together again as a functioning democracy under the Constitution; extended retribution against the former Confederates would only slow down the process.

The Army of Northern Virginia would surrender their arms, return home, and agree “not to take up arms against the Government of the United States.” At Lee’s request, Grant even allowed Confederates who owned their own horses to keep them so that they could tend their farms and plant spring crops. A Union officer wrote down the terms. Grant then signed the document on the side table next to his chair and passed it to Lee for his signature. Firing of salutes spontaneously rang out as news of the surrender reached nearby Union lines. At once, Grant sent out the order, “The war is over; the rebels are our countrymen again; and the best sign of rejoicing after the victory will be to abstain from all demonstrations in the field.” Other Southern forces remained in the field further south, but few would continue fighting when they learned of the outcome at Appomattox. With Lee’s surrender, the war effectively came to an end.

Those present at Appomattox knew this was a historic moment. Over McLean’s objections, Union officers snapped up his furniture as trophies, leaving behind gold coins as payment. General Sheridan took the side table, Brigadier General Henry Capehart removed Grant’s chair, and Lieutenant Colonel Whitaker obtained Lee’s. Sheridan gave the table to Custer as a present for his wife, Elizabeth, who would also receive from Whitaker a portion of the surrender towel the Confederate rider used earlier that day. 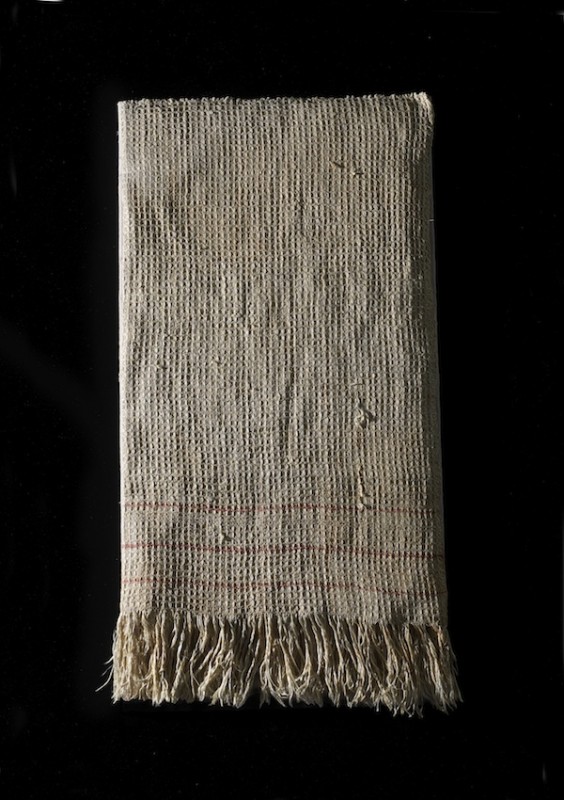 Captain R. M. Sims purchased this towel in Richmond just days before the Army of Northern Virginia was forced to abandon the Confederate capital. On April 9, 1865, he now used it as a flag of truce. After the Union’s Lt. Colonel Edward Whitaker escorted Simms back to the Confederate lines, he asked to keep the towel for his own protection as he returned to Union lines. Whitaker cut the towel in two. He kept one half and presented the other to General Custer’s wife, Elizabeth, who later bequeathed it to the Smithsonian.

Over the decades, as if by some force of nature or history, the trophies of war removed from McLean’s home reunited at the Smithsonian. Capehart had given the Grant chair to one of his officers, General Wilmon Blackmar, who bequeathed it to the Institution in 1906. Whitaker would donate Lee’s chair to a Grand Army of the Republic charity event, where it was purchased by Captain Patrick O’Farrell and later donated to the Smithsonian by his widow in 1915. In 1936, Elizabeth Custer, whose late husband is better remembered for his last stand at the Battle of Little Big Horn than his role in the Civil War, gave the side table and her portion of the surrender towel. United again, these common everyday objects—a red striped towel, a couple of chairs, and a side table—document an extraordinary moment in history, when the Civil War effectively came to an end, and, though dramatically remade, the nation would be preserved.

Reconciliation after the war would not be as easy or painless as many of the individuals who crowded into the McLean parlor on that spring day had hoped. While finding a path to reunite the nation might have been the goal of some, others turned to the struggle over political, social, and economic power in the post-war era that saw tremendous and far-reaching changes. Reconstruction was a slow and at times violent undertaking, and Lincoln’s wish that the nation shall have a new birth of freedom would largely be deferred. The union was saved, but the intersections of race and legacy of slavery, which was at the core of the Civil War, continues to confront Americans today.

These objects from that day a century and half ago act as silent witnesses to remind us of a truly remarkable time when two generals helped choreograph an unusually understanding armistice between two war-weary combatants.